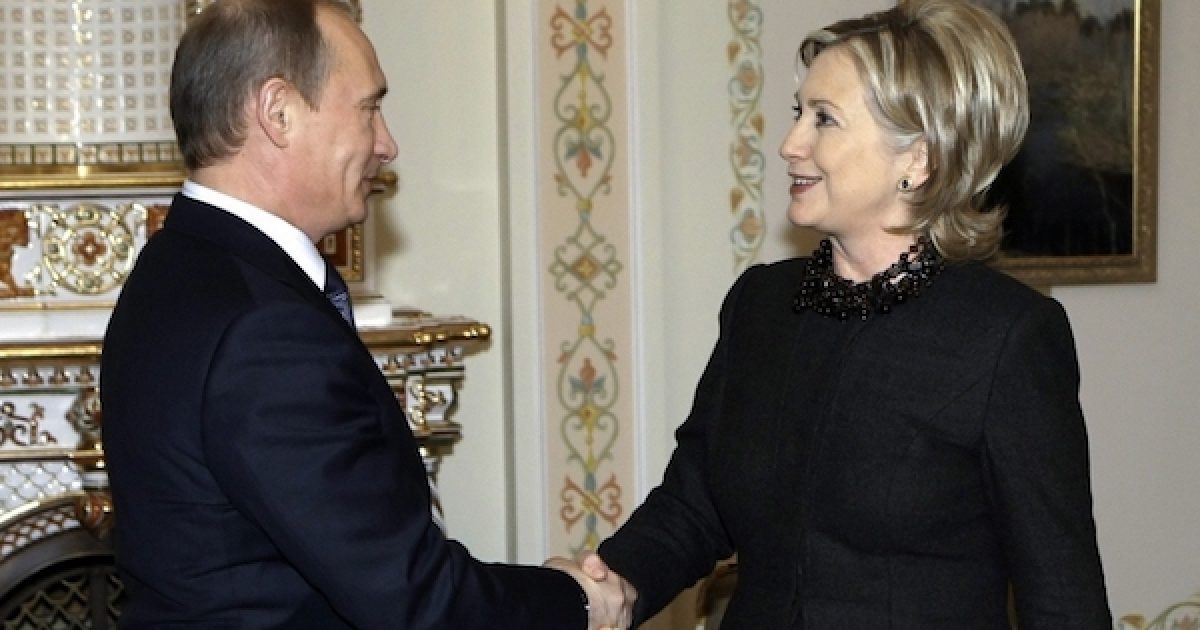 As a followup to yesterday’s story about Russian Uranium officials collusion with the Clintons in order to gain access to the U.S Uranium supply, the Hill reports that it spoke to the attorney of the American businessman who served as an undercover FBI confidential witness. According to the attorney, the FBI mole was blocked by the Obama Justice Department from telling Congress about conversations and transactions he witnessed related to the Russian nuclear industry’s efforts to win favor with Bubba and Hillary Clinton and influence Obama administration decisions.

In 2009 the year before Team Obama approved the Uranium One deal giving Putin control of twenty percent of American uranium, the FBI had compiled significant evidence that Putin’s nuclear industry officials “were engaged in bribery, kickbacks, extortion and money laundering designed to grow Vladimir Putin’s atomic energy business inside the United States, according to government documents and interviews.” That American businessman was a big part of the information gathering.

Attorney Victoria Toensing, a former Reagan Justice Department official and former chief counsel of the Senate Intelligence Committee, said Tuesday she is working with members of Congress to see if they can get the Trump Justice Department or the FBI to free her client to talk to lawmakers.

“All of the information about this corruption has not come out,” she said in an interview Tuesday. “And so my client, the same part of my client that made him go into the FBI in the first place, says, ‘This is wrong. What should I do about it?’”

Toensing said she also possesses memos that recount how the Justice Department last year threatened her client when he attempted to file a lawsuit that could have drawn attention to the Russian corruption during the 2016 presidential race as well as helped him recover some of the money Russians stole from him through kickbacks during the FBI probe.

The undercover client witnessed “a lot of bribery going on around the U.S.” but was asked by the FBI to sign a nondisclosure agreement (NDA) that prevents him from revealing what he knows to Congress, Toensing explained.

When he tried to bring some of the allegations to light in the lawsuit last year, “the Obama Justice Department threatened him with loss of freedom. They said they would bring a criminal case against him for violating an NDA,” she added.

Emails obtained by The Hill show that a civil attorney working with the former undercover witness described the pressure the Justice Department exerted to keep the client from disclosing to a federal court what he knew last summer.

“The government was taking a very harsh position that threatened both your reputation and liberty,” the civil lawyer wrote in one email. In another, she added, “As you will recall the gov’t made serious threats sufficient to cause you to withdraw your civil complaint.”

When one combines the evidence above along with the first part of the story revealed yesterday and the FBI’s admission that James Comey began to write his exoneration of Hillary Clinton speech two months before the FBI was done interviewing key witnesses, it is clear that the Obama administration easily sacrificed national security and justice, in order to ensure that Hillary Clinton would be elected POTUS. Wrong again!