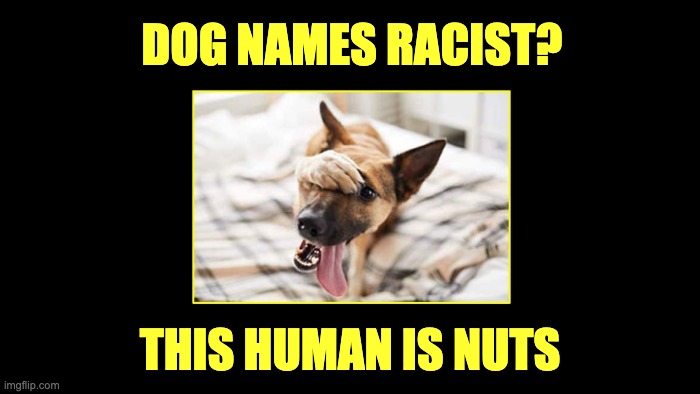 Next on the list of “What’s Racist This Week,” leftists are now telling us that dog names are raaaaacit.

Why anyone takes these halfwits seriously is anyone’s guess.

University pinheads are celebrating the new slant on dogs by claiming that many names people give their animals are racist and evidence of white privilege. And a study set out to prove this by finding that dogs with “black” names didn’t get adopted at a shelter as fast as dogs with “white” names.

The study, authored in part by professional race-baiter Natasha Quadlin, asked, “When shelter dogs have racialized names, what happens to their adoption outcomes?”

When shelter dogs have racialized names, what happens to their adoption outcomes?https://t.co/AtALSITDcF

In a new paper with Bradley Montgomery of @osusoc, we tracked dogs for six months and found that their names did in fact matter – a short 🧵

From there, as Campus Reform reported, one professor after another was thrilled to see this “cool” and “fascinating” study and jumped on the tweet to heap praise on the authors… even though none of them read the study.

Interesting example of how racialized names still evoke bias even when dealing with non-humans. https://t.co/ef5wTvXfWk

I had a wonderful dog who died last spring. Her name was Soos, which is Hebrew for horse. We brought her home when she was four weeks old, so we got to pick her name. I wonder if her name was racist, especially considering the far left is anti-Israel.

When we brought Soos home, we didn’t care what her name would be. She became part of our family because we liked her personality, and she liked us. We didn’t sit down and have a conversation because we only spoke English, and she only spoke dog. 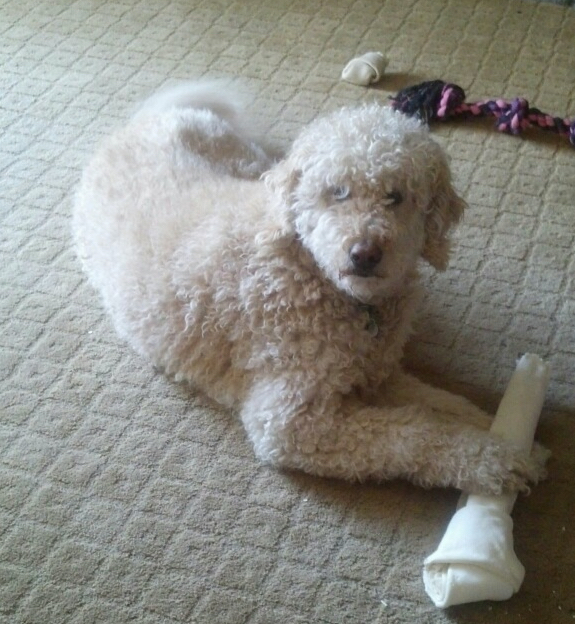 If someone takes home a shelter dog, do you have to go before a judge to change its name? So is the name really a problem? If one keeps calling a dog with a different name—if when it comes, you give the dog a treat, trust me, the dog will like and understand its new name.

Natasha just doing her cutting edge work as usual, congrats to you and Bradley! https://t.co/9p9thvemL5

And on and on it went.

Notice that all these academics simply assumed this must be all perfectly correct even though this was just one shelter. Even though the “study” wasn’t replicated in different neighborhoods, during different times of the year, or across several states.

No, the fact that someone cried RAAAACISM was enough for them to simply assume it had to be foolproof. If they were so sure, why didn’t anyone ask the dogs?

The author of this study Natasha Quadlin is an Associate Professor of Sociology at UCLA. The field of sociology covers many issues that are important to society.

Whether one believes these issues are being taught in a biased liberal manner (like me) or are a liberal who regards the liberal interpretation of these issues are akin to walking on water. Adding “proper names for a doggy” to that list seems like it was added by the Onion.