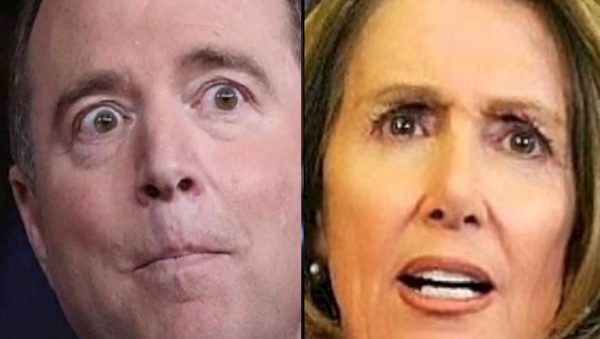 This takes some parsing, but it’s worth the dig.  Real events are happening, but there’s a big gulf between what they actually are and how they’re being represented by the mainstream media. The whole enterprise is an excellent study in the misuse of classified intelligence as a vehicle for disinformation. DNI moves to block disinformation

The convenience of classified intelligence for this purpose is that it’s classified, so someone can always claim there’s something you don’t know about it that only emerged behind closed doors.  The public, having no way to judge any original statements that may (or, equally, may not) have been made, have to rely on what partisans are trying to sell us all on instead.

The latest development in this saga is a complaint by Democrats about the DNI move, conveyed in a letter on 28 August, to brief Congress on election security via written documents, with few if any closed-door, in-person briefings being given on Capitol Hill. They will get the same information as before, but in written form.

The formal reason for this is that the DNI doesn’t want members of Congress making selective, misleading leaks about such briefings.  Politico, which has the latest story, has faithfully written up earlier episodes in which leaks of this kind appear to have occurred.

But I’m not so sure they were actually leaks.  My take, looking at the sum total of the tale so far, is that the existence of in-person briefings has allowed Democrats to feed information to the media about things that didn’t really happen.  In other words, the Hill Democrats weren’t “leaking” things they had been briefed on.  They were using a classified briefing as a pretext to feed a propaganda line to the media under the pretense that they were “leaking.”

They were just making stuff up.

There were hints that this was occurring early in 2020 when House Democrats claimed to have been briefed by an ODNI official that Russia was meddling in the 2020 election with the intention of getting Trump reelected.  Since the same official, only days earlier, had said in an NPR interview that the intelligence community hadn’t drawn a conclusion about specific efforts by Russia in this year’s election, the claim of the Democrats was quickly called into question.

In a rare public response, the acting DNI, Richard Grenell, came out with clarifying information about the actual position of the IC on Russian interference in 2020.  He also announced that ODNI would be taking good care to communicate a single, authoritative message on crucial national security topics like election security – a subtle signal that the intel community’s no-kidding assessments would come from the intel community, and not [timpani flourish] from the background “leaks” of Congress members or staffers on the Hill.

Fast-forward to early August 2020, and an intelligence “report” on election security published by the National Counterintelligence Security Center (NCSC), a subordinate agency of ODNI.  I wrote it up at the time, characterizing the report as inane.  I stand by that characterization, but elaboration by Politico on the shenanigans surrounding it on Capitol Hill sheds light on why it may have turned out as it did.

It appears, in hindsight, that the report was published as a way of putting something on the record, to stop made-up stuff “leaked” by Democrats from hijacking the intel community’s public disclosures about election security and potential election interference. 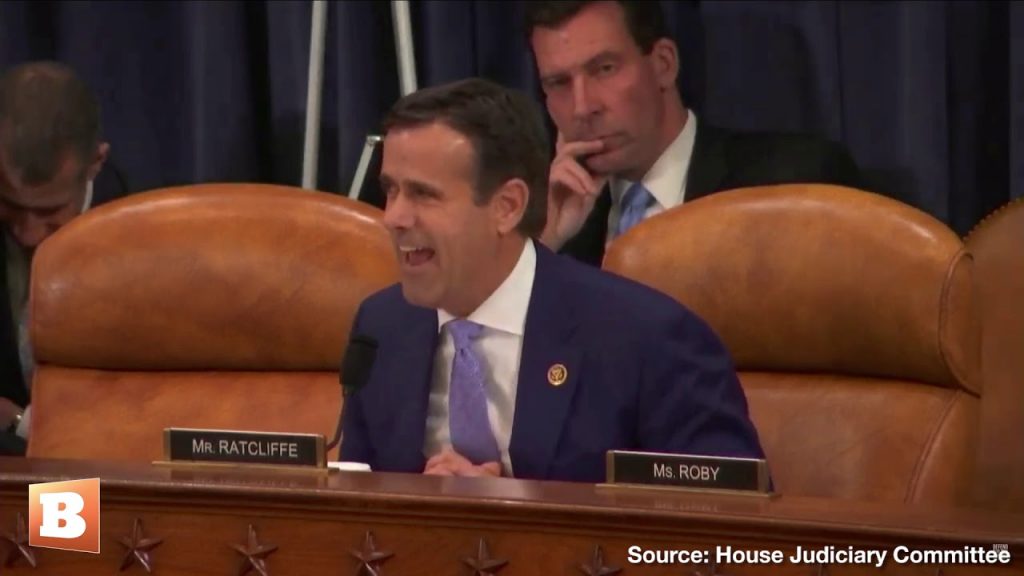 Democrats complained before the report was posted that the DNI – now John Ratcliffe – and his henchmen were failing to properly brief the public on the election threat.  The basis for this was said to be a contentious briefing in which Nancy Pelosi reportedly accused ODNI briefers of not reporting on a Democratic theme that Russia is behind information coming from Ukraine about the Bidens’ activities there.

Beyond the complaint that the public wasn’t being told this – which we know about because it was “leaked” to Politico – Democrats in the Senate also demanded a brief from the FBI on the Democrats’ narrative about Russia, Ukraine, and the Bidens.  The Democrats are peeved with Republicans for not insisting that the narrative be deposited with the Senate on the record.

The story is somewhat tangled, and you can read the whole thing at the links.  Politico presents it credulously, as if it’s accurate and coherent, so you have to read carefully and not get caught up in the trend of the narrative.

The narrative doesn’t add up.  That’s partly because the purported intelligence substance is highly dubious.  We’re supposed to believe that it takes the Russians “interfering” to cause a Ukrainian official to forward alleged tapes of Joe Biden. And that former Ukrainian president Petro Poroshenko had a discussion, Biden, already acknowledged they had – and this after Rudy Giuliani spoke directly to that Ukrainian official about the evidence in question.

There’s no need to imagine the Russian government was involved in having the evidence forwarded; we’ve known for months that Giuliani was.  Looking for a Russian hand in the matter would come from an ulterior motive, not from the need to explain why the tapes were produced and sent.

Moreover, we’re to believe that U.S. intelligence knows something classified about this – the supposed Russian connection – with a level of certainty that would justify flaming indignation from Congress if this great certainty is being withheld from the public.

The latter proposition is, if anything, even more, dubious than the former.  Besides the unlikelihood of knowing any such thing through national intelligence means, there’s the point that the entire world has known the ins and outs of the Ukraine-Bidens saga for years, through the ordinary means of law enforcement (in Ukraine) and the media.

It’s fully established that Ukraine has been investigating the Bidens off and on for six years, something the U.S. had known about since at least January 2016, when the Obama administration pressed Ukrainians to desist from that effort.  More recently, we all spent the latter half of 2019 wallowing in the Ukraine-Bidens issue, with never a peep out of Democrats, the IC, or the media about Russia being behind the probes in Ukraine.

Then all of a sudden, in July 2020, it became a cause for indignant ranting that Russia is the puppetmaster behind disclosures from the Biden probes in Kyiv, and it’s all about the presidential election.  The Democrats – not the IC – began touting the theme about five weeks ago that attempts by Giuliani’s Ukrainian contact to feed information about the Bidens to U.S. lawmakers were a Russian disinformation campaign. 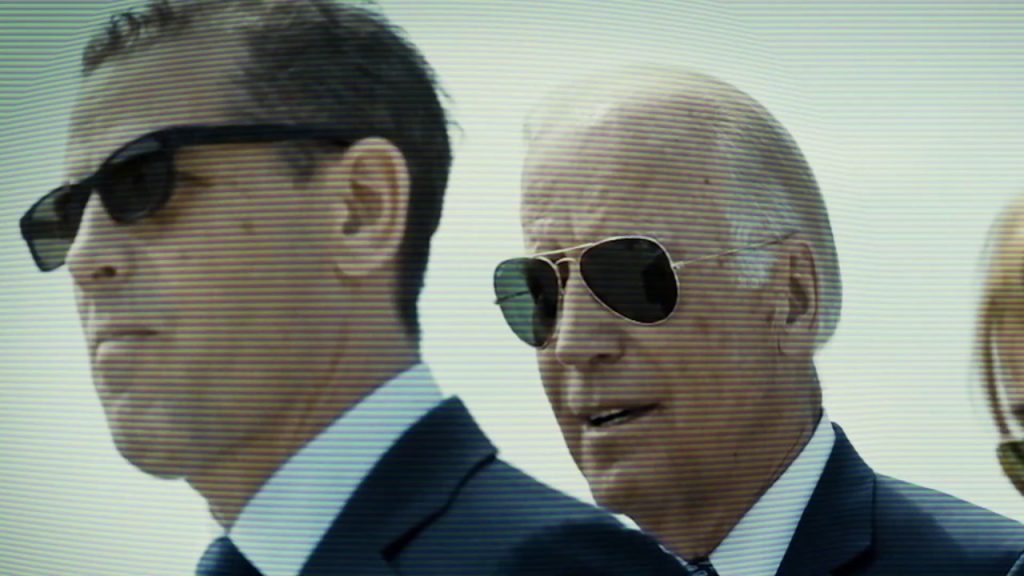 If they were, it would be a clownishly weak move by the masters of disinformation.  Giuliani was doing fine on his own, stirring up controversy by probing Ukraine for evidence about the Bidens and Burisma.  There’s really nothing in it, as an influence op for Russia: all the elements of the narrative were already known.  In terms of bad news about Biden, Russia had nothing to add.

At most, if there was an IC role in the making of this Democratic narrative, it would have been acknowledging that the possibility of some level of special Russian knowledge about the Biden-Ukraine saga can’t be excluded.  That’s a far cry from saying that Russian instigation is behind it.  This isn’t a case of anyone finding Russia lurking out back in the alley; it’s a case of someone – the Democrats – wanting Russia to be there.

Other clues indicate that the tale-spinners in this drama are the Democrats in Congress and not the IC.  One clue is that a couple of Republican senators (Marco Rubio, Intelligence Committee acting chairman, and Ron Johnson, leading the Senate probe of Biden’s Ukraine activities; see links) have trenchantly repudiated the Democrats’ narrative.

Not repudiated in detail, but through complete dismissal of it as partisan nonsense, unfounded and unproductive.  If there were reliable substance underlying the narrative, Rubio and Johnson wouldn’t merely dismiss it so vigorously and categorically.  They’d hedge, to a lesser or greater extent depending on the quality and classification level of the intel.

Another clue is that, despite discordant, unsightly outcomes from their encounters on Capitol Hill, the ODNI briefers haven’t been losing their jobs.  Shelby Pierson, who was said to have given the election interference brief in February that conflicted with her earlier public statement to NPR, remained in her job.  Since July, even with the exceedingly contentious dust-up over the Ukraine-Biden issue, and accusations flying from the Hill Democrats, NCSC Director Bill Evanina hasn’t seemed to suffer any loss of confidence from the boss either.

These facts tell me that DNI Ratcliffe recognizes his briefers are not to blame for the fictitious leaks and spin being put out by elected officials in Congress.  Instead of playing Congress’s game, Ratcliffe is going to limit the elected officials’ opportunities to pretend they were told something at an in-person brief.  When the IC has information to convey, it will do so via a written record the Democrats on the Hill can’t preempt or alter.

Rubio is right: it is appalling that it has come to this.  The Democrats wouldn’t be so upset if Ratcliffe’s move weren’t going to put a serious crimp in their disinformation strategy.  One thing about communicating via written correspondence is that any claims about altered or fake documents can be refuted very simply, without ODNI having to get into public arguments about substance or interpretation.  All ODNI has to do is speak an administrative truth: “That’s not our document.  We didn’t write it.”

Refuting claims about an oral, in-person briefing inevitably has to deal with some extent in substance.  That’s why the IC very rarely tries to make a public correction in such matters.  Dealing in substance quickly cuts too close to sources and methods, and can’t be taken very far by the oath-sworn keepers of secrets.  Intel is always at a disadvantage in that regard.

Ratcliffe seems to be doing the best he can to maneuver the IC through some very treacherous waters.  Here, in brief, is what the Democrats want to do: launder, through the cycle of intel briefings, a false narrative that conveniently dismisses Joe Biden’s Ukraine problem as a “Russian interference” effort.  They want to maneuver intel into making their case for them.

Ratcliffe, as the owner of the intel briefings, isn’t going to let them do that.  Rubio and Johnson (and presumably other Senate Republicans) aren’t saying much, but what they do say indicates they see what’s going on.

A battle royal is raging in Washington.  Maintaining agreement on the integrity of intelligence is more challenging than maintaining its integrity because its milieu is secrecy.  Secrecy is an unburnable bridge.  That makes disputes over integrity easy to fake.  We, the public, are seeing this drama as a shadow play, and it’s probably going to “look” worse before it looks better.

So be it.  Ratcliffe is on the right track.  We should prefer knowing that unless he’s had it written down for the record, “intel” about the security of the 2020 election doesn’t come from the DNI or the intel community.  That, at least, in a discipline of secrecy, is a place to hang our hat.