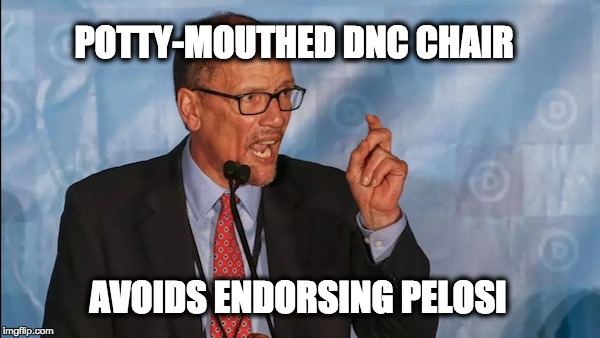 DNC Leader, former labor secretary, and a master of inappropriate cussing at public meetings,  Tom Perez had a hard time saying whether or not Nancy Pelosi should remain in party leadership. During an appearance on WFAA-TV’s Inside Texas Politics program on Tuesday he was asked the question twice and tap-danced around the answer. Some have suggested (especially after the Georgia 6th district special election) that as the Democratic Party rebuilds it needs new faces as much as it needs new ideas).

When asked whether Pelosi should step away, Perez countered with:

“Well listen, the Affordable Care Act has been a life saver. Nancy Pelosi is one of the two or three people singularly responsible for the passage of the Affordable Care Act. What we’ve seen from Donald Trump is he doesn’t know how to govern. He can’t get things done. He claims he’s the wheeler dealer and he can’t close the deal.

When asked again whether the party should have somebody other than Pelosi as their public face, Perez said:

“What we need to do is make sure we’re out there every single day telling people what we stand for.”

A big part of Karen Handel’s winning pitch to voters in Georgia’s 6th was that her opponent Jon Ossoff would be loyal to Nancy Pelosi and her liberal agenda. And because of the success of that strategy, there was an unsuccessful revolt as many of Pelosi’s fellow Democrats publicly announced that the minority leader was drag on the party and should be replaced.

“We’d better take a good, long, strong look in the mirror and realize that the problem is us, it’s the party,” Rep. Tim Ryan (D-OH) told The Hill as he left what seemed to be a contentious House Democratic Caucus meeting on Wednesday. His colleague Rep. Seth Moulton (D-MA) agreed:

Talking about the ads like the one above that tied Ossoff to Pelosi Rep. Ryan who challenged Pelosi for the leader position in January said, “Those are still effective ads that hurt our candidate…Everybody knows where I stand on this… My position hasn’t changed.”

Even Michael Moore got into the act, while he didn’t blame Pelosi directly (perhaps she feeds him), he did tweet out his disappointment with the Democratic party and its leaders “The DNC&DCCC has NO idea how 2 win cause they have no message, no plan, no leaders, won’t fight &hate the resistance” 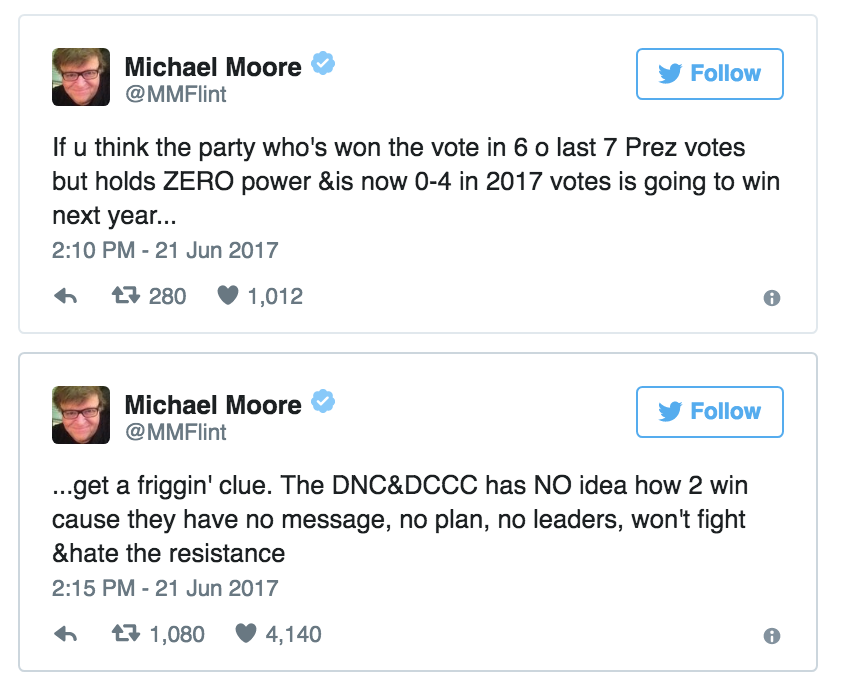 As expected Pelosi survived that revolt,  but is Perez’ refusal to endorse her today an indication another revolt is just around the corner?