Orwell Got The Story Right, But The Date Wrong 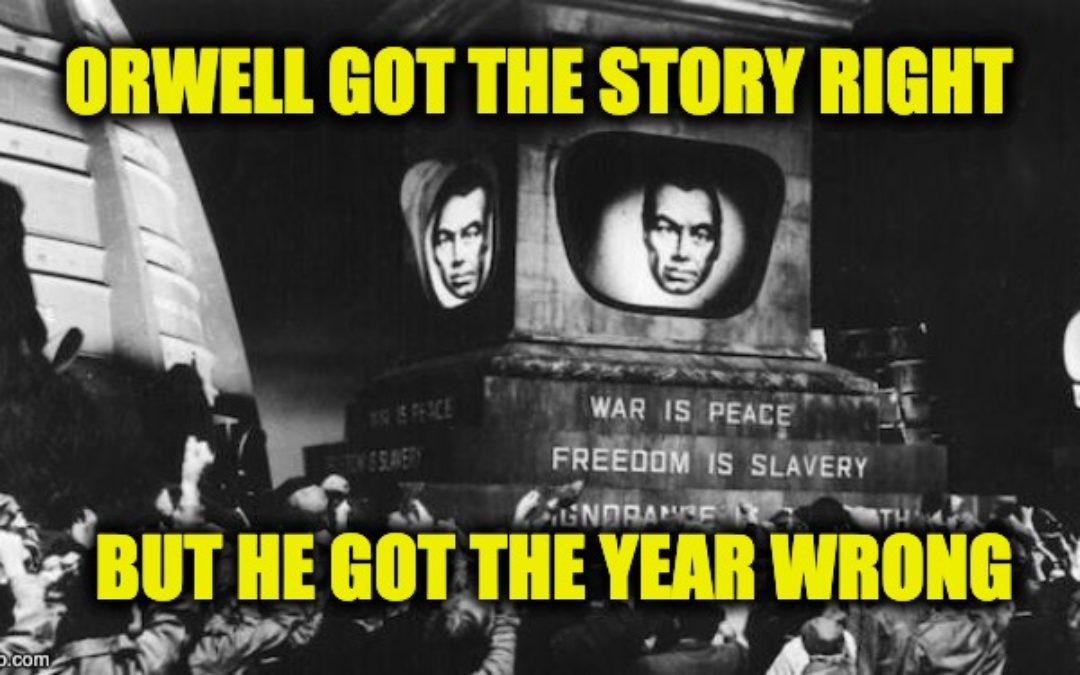 During his Wednesday congressional testimony, DHS Secretary Mayorkas testified that the  DHS is creating a Disinformation Governance Board. Unstated but assumed is that the Biden administration will be deciding what truth is and what is disinformation.

We live in a revolutionary point in history that is reminiscent of the industrial revolution of the early 20th century. We’re going through a digital transformation that’s made communication nearly instant, allowing the human race to share solutions, insights, snd propaganda in real-time.

But there are gatekeepers and throttlers out there who, despite operating in a nation whose premier right is that of free speech, are willing to strap our wings down and keep us on the path that they would personally choose. Now the Biden administration has made it official.

The Biden regime is suddenly setting up its own Ministry of Truth with a new “Disinformation Governance Board” in an attempt to combat “misinformation” online.

It is no coincidence that this un-American move was made in the wake of the agreement between Elon Musk and social media giant Twitter.

Biden picked Nina Jankowicz, a fellow at the extremist, left-wing the Wilson Center, to head up this absurdity.

Back on the "laptop from hell," apparently- Biden notes 50 former natsec officials and 5 former CIA heads that believe the laptop is a Russian influence op.

Perhaps unsurprisingly, Jankowicz has been at the forefront as a denier of Hunter Biden’s laptop. She called the Laptop From Hell a ‘Trump campaign product’ and has repeatedly denied that conservatives have been censored online.

Jankowicz also suggested last week that she opposes The First Amendment because she thinks it is bad for ‘marginalized communities’ and called Elon Musk a ‘free speech absolutist’ because he wants to make Twitter more open to all voices.

She also claimed that armed Trump supporters would storm the polls in 2020 to prevent Democrats from voting.

Here is Biden's new Disinformation Commissar claiming militarized Trump supporters were going to show up to the polls with weapons https://t.co/DirpRZwpBt

Finally, during testimony before the House Select Committee on Intelligence in October of 2020, Jankowicz suggested that the government needs to enforce censorship of Americans online.

Like most of the Biden administration, Jankowicz is not a believer in the U.S. Constitution. Folks, remember this when you go to the polls in November, you will be voting about whether you want to maintain your constitutional rights.