Did Mueller Just Prove The FBI/DOJ Illegally Colluded With Democrats In 2016? 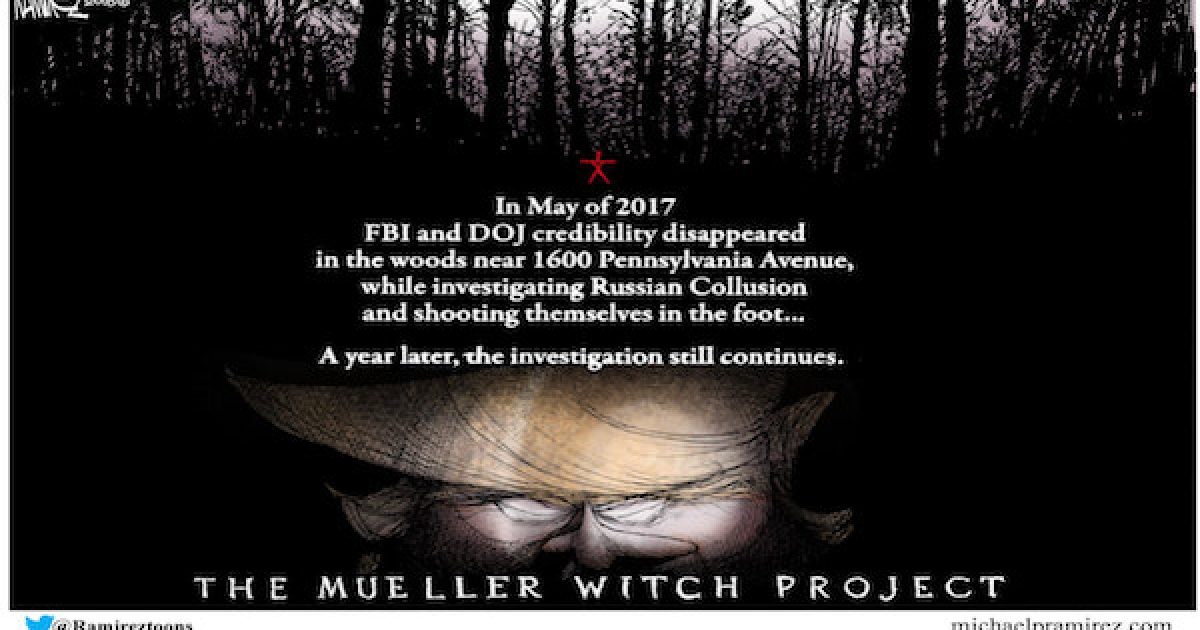 Did the FBI/DOJ allow *contractors* (FusionGPS) to “extract raw intelligence” from NSA and FBI FISA(702)databases?

Blogger/Journalist The Last Refuge may have just proven that that indiscretion. The Last Refuge generally writes at the Conservative Treehouse, but every now and then he gets his thoughts down on Twitter first, revealing what he’s seeing in the news and tying stories together. He did just that with the recent story about the possibility that President Trump’s lawyer Michael Cohen had lied and had visited Prague in 2016.

What the Last Refuge argues is that this story doesn’t prove Cohen did something wrong but instead proves that the FBI and the DOJ were using a leftwing research firm, FusionGPS, to launder illegal intelligence and give it back to them in a sanitized form.

The false intel on Cohen/Prague is a risk of exposure within the FBI and DOJ-NSD team that allowed *contractors* (FusionGPS) to “extract raw intelligence” from NSA and FBI FISA(702)databases. The mistake highlights how Steele Dossier was actually an intelligence laundry operation.

I’ve thought about this story overnight—and frankly, count me cautious about it until some other news organizations confirm it and fill in some details. A few reasons: https://t.co/02WDIA4j3z

[In 2016 NSA reported the violations, and FBI and DOJ-NSD admitted to what they were doing]

The unlawful 2015 and 2016 searches of the NSA and FBI databases were being *intentionally conducted* by people within the FBI and DOJ-NSD, and by *outside contractors* like Fusion-GPS and Crowdstrike. It was political opposition research.

he extracted raw intelligence, was political opposition research being conducted by Fusion-GPS per their contracts with political campaigns. After taking the Clinton contract Fusion then funneled the search results to Christopher Steele.

Christopher Steele then washed the FBI database raw intelligence, repackaged it into segments within his “dossier” and then passed it back to the small group inside the FBI. (Peter Strzok). Ergo the FISA(702) extracts were laundered.

Early in 2016, Mike Rogers ordered a top-to-bottom audit of search logs to determine who was abusing the NSA/FBI database.

In the interim, while the audit was ongoing, Rogers shut down all contractor access to the FISA database. He shut down access on April 18th, 2016.

The VERY NEXT DAY. On April 19th, 2016, contractor Fusion GPS goes to the White House to notify their political allies they have been shut out of the database. Mary Jacoby is the wife of Glenn Simpson, founder of Fusion GPS.

The “small group” needed a workaround to get Fusion-GPS back inside and recovering access to the FBI and NSA database. The DOJ National Security Division provided the answer.

… and the “small group” was back in business.

Bruce is now inside the DOJ-NSD.

Nellie is fluent in Russian psy-ops and CIA tradecraft.

This arrangement is the elements of the Intelligence Laundry. FBI/NSA databases are used to extract opposition research (Bruce), carried to FusionGPS (Nellie), and passed on to Chris Steele. Easy Peasy.

In May/June 2016. It becomes obvious Donald Trump will be the GOP nominee. In June/July 2016 the FBI activity focuses the opposition research exclusively on Trump. The laundered intel (Steele etc.) is used to create the FBI counterintelligence op against Trump’s campaign.

However, one of the unlawfully extracted NSA/FBI database search results (’17’ About Queries) was a critical mistaken identity surrounding a “Michael Cohen” traveling to Prague.

That mistaken identity is inside the Christopher Steele dossier. The mistake came as an outcome of FISA(702) database searches for Michael Cohen. That mistake connects the scheme behind the operation. The mistake is, therefore, a massive risk.

PS. Admiral Mike Rogers told Congress last year he kept all the NSA audit logs that were used by FBI and DOJ officials during the 2016 election.