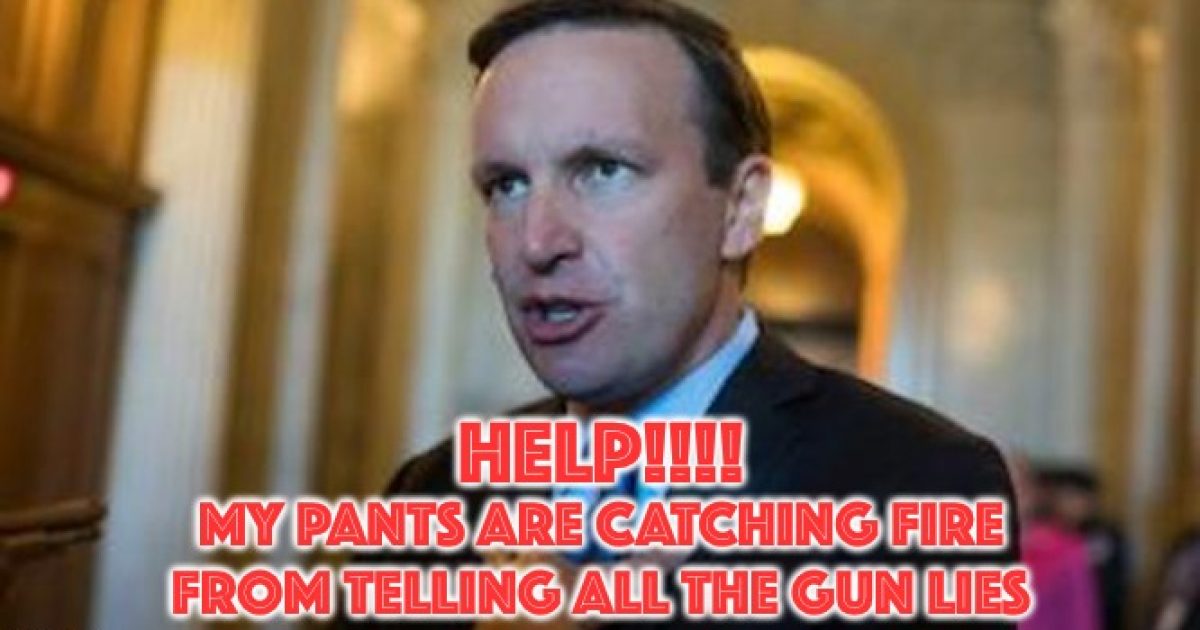 When veteran gun prohibitionist Senators Dianne Feinstein (D-CA) and Chris Murphy (D-CT) bylined an op-ed for Time magazine that touted the same gun control agenda they’ve been trying to peddle for years as the panacea to violent crime, a veteran firearms industry insider and attorney put their contentions through the shredder.

Larry Keane, vice president and general counsel for the National Shooting Sports Foundation has never been a wallflower when it comes to correcting the record. So, when Feinstein and Murphy contended that more needs to be done, including bans on AR-type rifles because they “aren’t used for hunting,” Keane came out swinging.

“Instead of basing their arguments on evidence and facts,” says Keane, “they take the emotional-low road.”

He notes that they “pivot from tragedy to call for new laws.”

“What they fail to do is to show that the laws would have prevented any of these tragedies,” he explains. “Why is that? Why do these senators with multiple offices full of staffers dedicated to conducting exactly this kind of research fail to make this connection between emotion and proposals? Well, the evidence simply does not exist. Law-abiding citizens qualified to own firearms follow the laws. Criminals and those mentally ill who seek to harm others do not. Enacting more laws will not change that.”

In their Time op-ed, Feinstein and Murphy declare, “One thing is clear: the laws on the books are insufficient and an ineffective deterrent. The proof is in the ever-increasing death toll, and an overwhelming majority of Americans now agrees we should implement stricter gun regulations.

Translation: Gun control has failed. The solution is more of the same gun control, repackaged to impress the media and further inconvenience the rubes.

The Capitol Hill veterans insist that “universal background checks” are a “must” item, supported by a whopping 97 percent of Americans. They overlook the fact that most mass shooters in recent memory already passed background checks, except for the Sandy Hook killer, who murdered his own mother and stole her guns to commit that despicable crime.

They hint at waiting periods while not actually using the term, arguing, “The vast majority of background checks are completed in under 90 seconds. But if there is a red flag that means a background check takes longer to complete. It’s worth waiting that extra time to determine whether an individual should be barred from purchasing a firearm.”

And the finally get around to the real gem, a ban on so-called “assault weapons.”

“Guns like the AR-15 aren’t used for hunting,” said Murphy and Feinstein, “and they’re not viable for home protection. They have only one purpose, and that’s to fire as many rounds as possible, as quickly as possible.”

Keane fires back, “Again, false. Modern sporting rifles, including those on the AR platform, are among the most popular firearms being sold today. They are widely used for everything from sport shooting, to hunting, to home defense.”

Keane has that right. People do hunt with modern sporting rifles, which are now chambered for a variety of game-clobbering calibers. This may not be a sweeping phenomenon, but it is definitely a reality. From predator control to notching a deer tag, the “MSR” has found its way to the field. We checked with one popular outdoors magazine and learned that they occasionally receive reader photos showing game taken legally with AR-type rifles.

As for home protection, they are definitely “viable” for that purpose, especially in more rural areas. Likewise, they are used in competition by tens of thousands of shooters.

Feinstein and Murphy argue that because such guns were banned outright in New Zealand and Australia, they should be banned in the United States. Omitted from this discourse was any mention of the Second Amendment. America has that in its Constitution, the other two nations do not, and there has yet to be a ruling from the U.S. Supreme Court one way or the other on whether the AR/MSR is constitutionally protected, but since it is in everyday use, and is akin to the kind of rifle one might be expected to bring if the citizen militia was ever called out in an emergency, the odds are probably better than even that the Second Amendment applies.

Feinstein is on record as having said she would have banned MSRs years ago. Murphy is a perennial gun control supporter.

Keane is senior counsel to the firearms industry umbrella group, with an established familiarity of firearms, the people who make them, sell them and buy them.

Who do you think knows more about this subject?