‘I Will Not Comply,’ Pro-Second Amendment Witness Tells House Judiciary 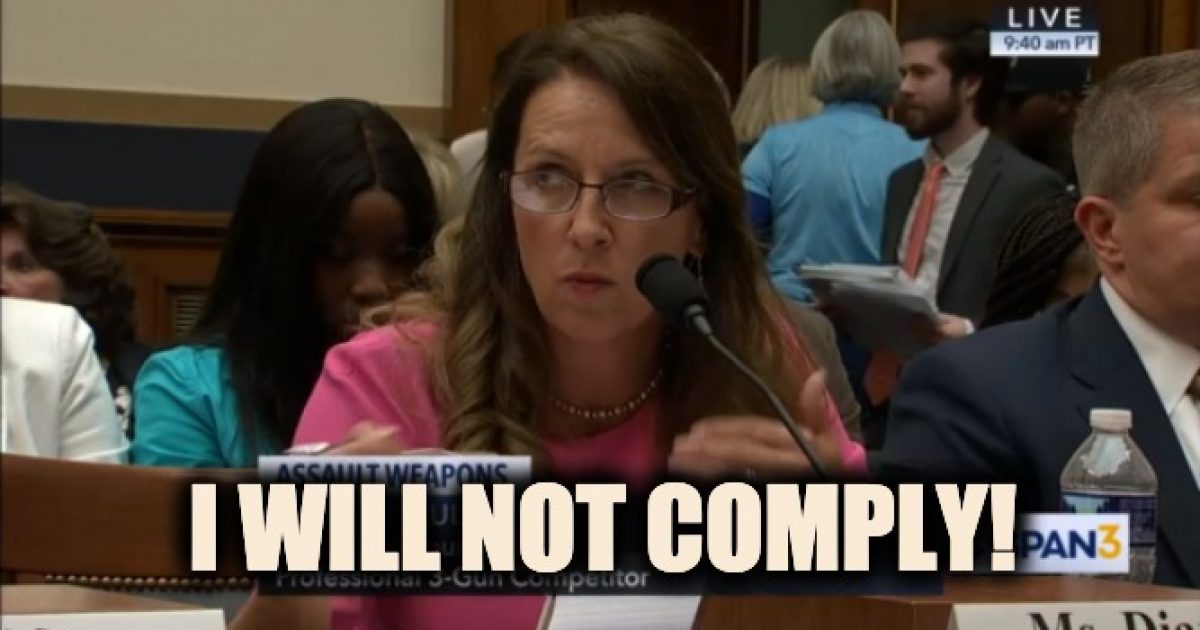 “I will not comply.” Her four-word statement continues to reverberate on Capitol Hill and on the airwaves, and Dianna Muller, who served in the Tulsa Police Department for 22 years and is the founder of gun advocacy group The DC Project, was among the witnesses at the House Judiciary Committee hearing.

The session on an otherwise contentious issue flew mostly under the radar because of the Trump-Ukraine controversy and Democrats’ impeachment push. But reflecting the gun control divide in the country — amid a spate of deadly mass shootings that prompted renewed calls for strict laws — Muller said that such a ban would force lawful gun owners to either give up their arms or become criminals.

Please don’t legislate the 150 million people just like me into being criminals. It has happened. You’ve already done it,” Muller said, referring to the Trump administration’s ban on bump stocks, the devices that use a semi-automatic weapon’s recoil to make it rapidly fire like an automatic. “I was a bump stock owner, and I had to make a decision: do I become a felon, or do I comply?”

Should the government pass an assault-weapons ban, Muller declared, “I will not comply.“

Behind former Officer Dianna Muller in the hearing room audience were several members of the “DC Project,” which sends a woman from every state to the capitol each July to lobby Congress, explaining in the process that the anti-gun-rights “Moms Demand Action” organization does not speak for them or millions of other gun-owning women.

Muller appeared on a panel with Amy Swearer, senior legal policy analyst for the Heritage Foundation. They were the only pro-rights voices, flanked by gun control advocates including Nan Whaley, mayor of Dayton, Ohio; Kristen Rand, legislative director of the Violence Policy Center, and Charlottesville, Va., Chief of Police RaShall Brackney.

The latter indicated she was in favor of a ban on “any weapon that could be used to hunt individuals,” a remark later challenged by Rep. Greg Steube (R-FL), who observed that since any firearm could be used as a weapon to harm other people, Brackney was essentially in favor of a complete gun ban. Brackney seemed to be dodging a direct response.

Earlier in the hearing, when Rep. Jim Sensenbrenner (R-WI) asked the panel whether they would support a ban on semi-auto hunting rifles, Whaley would not answer directly, nor would Dr. Alejandro Rios Tovar, a trauma surgeon who treated victims of the attack in El Paso, Texas, as reported by Fox News. It was during that exchange when Chief Brackney supported a ban on weapons that could be used “to hunt individuals.”

Watch Dianna Muller’s Testimony on the video below: