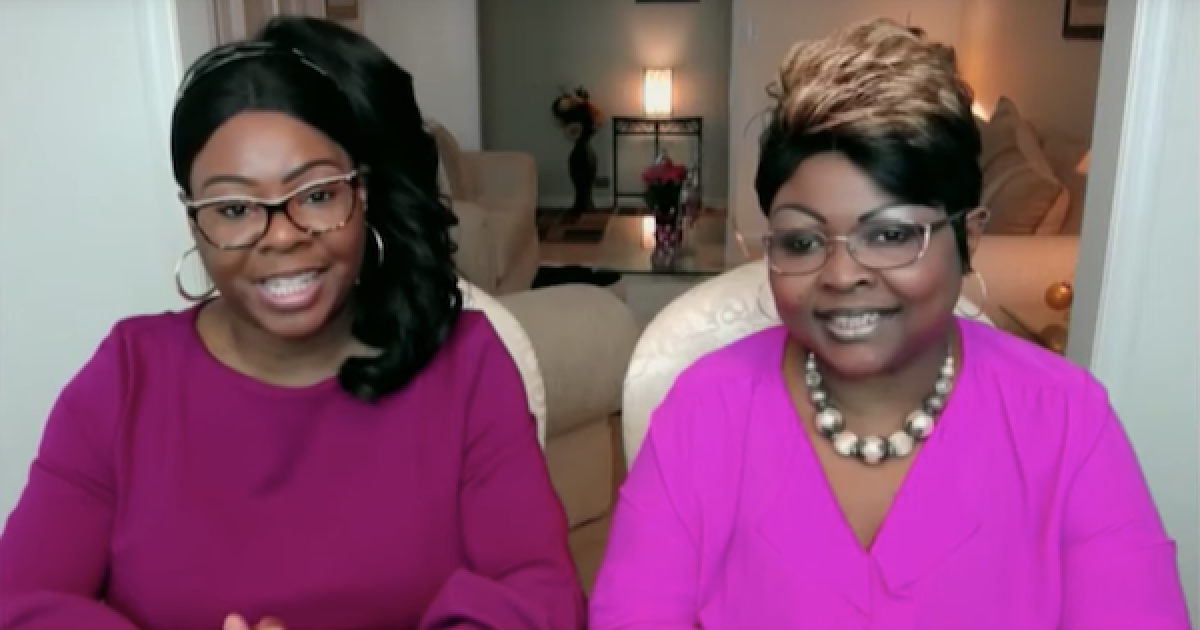 Facebook claims it is reconsidering its branding of conservative video stars Diamond and Silk as a danger to their community. On Monday Fox News reported:

Facebook is reconsidering classifying videos produced by Diamond and Silk, two of President Donald Trump’s most ardent supporters, as “unsafe to the community” after the dynamic duo went on Fox News’ morning show asking why the embattled social media giant had labeled them as such.

In a statement to Fox News, a Facebook spokesperson said: “We have communicated directly with Diamond And Silk about this issue. The message they received last week was inaccurate and not reflective of the way we communicate with our community and the people who run Pages on our platform. We have provided them with more information about our policies and the tools that are applicable to their Page and look forward to the opportunity to speak with them.”

Despite what Facebook told Fox, Diamond and Silk say no one has contacted them:

Let us be clear; @facebook has NOT communicated directly with @DiamondandSilk. We haven’t spoken to Mark Zuckerberg or any representative from Facebook. pic.twitter.com/GthvutECRa

It seems the latest move by the social media company is a mere public-relations ploy intended to provide cover as CEO Mark Zuckerberg is set to testify before Congress.  An online protest, dubbed “Faceblock,” asks users of the site to boycott Facebook on April 11, the day Zuckerberg will testify to the House (his Senate testimony is on the 10th).

Let’s see if any Members of Congress have the guts to ask about Diamond and Silk.

As reported here Sunday, Facebook, the social media giant once dubbed the “world’s most dangerous censor,” told the outspoken pro-Trump duo Diamond and Silk that their content was “dangerous” to their community. If you are familiar with Diamond and Silk you will realize how ignorant that charge is. If you aren’t familiar with the two, a link to their facebook page and videos are at the end of this post and I suggest you go enjoy.

After being deemed “unsafe to the community” by Facebook’s public policy team, Lynnette “Diamond” Hardaway and Rochelle “Silk” Richardson went on “Fox & Friends” and said they were provided with no reason why their videos were labeled as unsafe.

“They gave us no rationale,” the sisters said on Sunday. “The only thing they told us is that we are unsafe for the community. We are two women of color, how are we unsafe? We don’t sell drugs, we don’t belong to no gangs. It’s offensive, it’s appalling, it taints our brand. Why are you censoring two black women? Why are you not allowing our viewers to view our content?”

The social media stars added that the labeling started seven months ago, when they “noticed that there was a pause on our page, one day we were doing good and then it just dropped. People were not receiving notifications, our posts were not showing up on their feed.”

At the very least, the mask has been ripped off and Facebook has finally exposed itself for what many have said it really is — a far-left echo chamber engaged in an effort to silence conservative voices.

Why is Facebook stopping some people that have liked and followed our Diamond And Silk page from seeing our content first even though they are following FB instructions? This is what we call an undercover bias tactic used to keep people from viewing our content first. "CENSORSHIP" Press play, here's the proof.