Despite Rhetoric, Schools Are Safer Than Ever 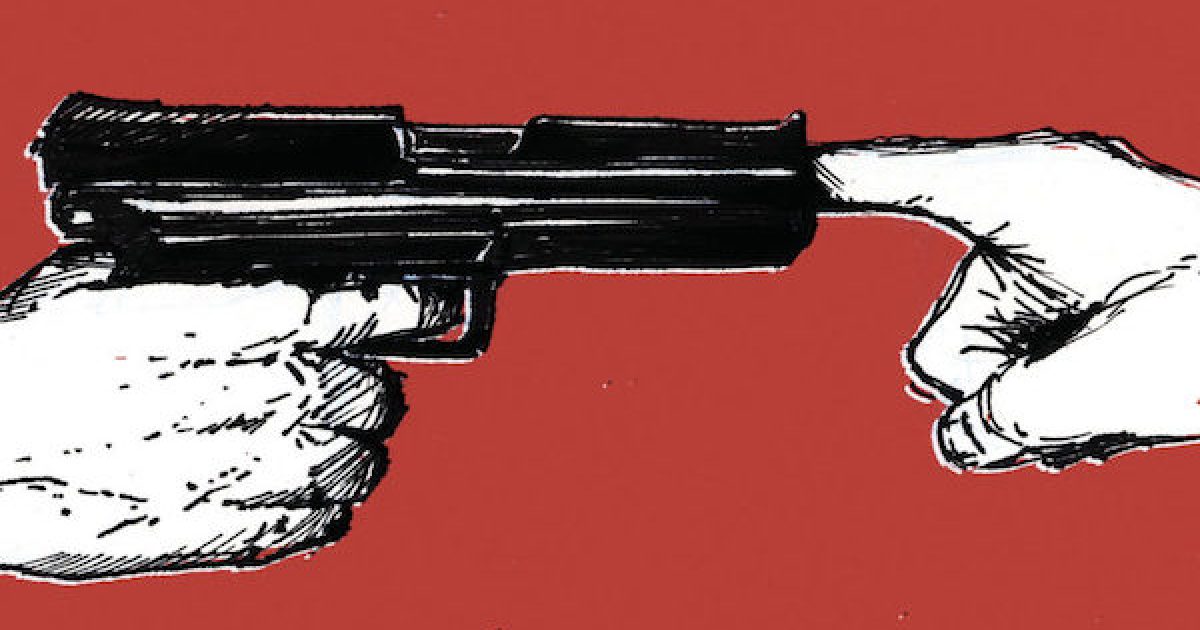 In the wake of any shooting we often hear the rallying cry of the left shouting that guns must be regulated more heavily, because of the increasing gun violence in our culture.

The days following the shooting at Marjory Stoneman Douglas High School in Parkland, Florida have been no different. Just this past weekend the anti-gun contingent of students rallied their supporters together for a march on Washington that they titled, “March for our Lives,” as if each day that they attend school they are walking into a war zone.

Gun regulation isn’t an answer for violence, and our culture is NOT increasingly more violent.

A simple glance at the data sheds light on these facts.

First, the last few decades have witnessed a massive decline in gun violence in America, even as the rate of gun ownership and the number of guns in America has risen.

In general, though, fewer Americans are dying as a result of gun violence — a shift that began about two decades ago.

In 1993, there were seven homicides by firearm for every 100,000 Americans, according to a Pew Research Center analysis of data from the Centers for Disease Control and Prevention. By 2013, that figure had fallen by nearly half, to 3.6 — a total of 11,208 firearm homicides. The number of victims of crimes involving guns that did not result in death (such as robberies) declined even more precipitously, from 725 per 100,000 people in 1993 to 175 in 2013.

Older data suggests that gun violence might have been even more widespread previously. The rate of murder and manslaughter excluding negligence reached an apex in 1980, according to the FBI. That year, there were 10.8 willful killings per 100,000 people. Although not a perfect measure of the overall rate of gun violence, the decline in the rate of murder and manslaughter is suggestive: Two in three homicides these days are committed with guns.

This decline in gun violence is part of an overall decline in violent crime. According to the FBI’s data, the national rate of violent crime has decreased 49 percent since its apex in 1991. Even as a certain type of mass shooting is apparently becoming more frequent, America has become a much less violent place.

So gun violence is down, but mass shootings are making schools a more dangerous place these days… aren’t they?

American children do not “risk their lives” when they show up to school each morning — or at least, not nearly as much as they do whenever they ride in a car, swim in a pool, or put food in their mouths (an American’s lifetime odds of dying in a mass shooting committed in any location is 1 in 11,125; of dying in a car accident is 1 and 491; of drowning is 1 in 1,133; and of choking on food is 1 in 3,461). Criminal victimization in American schools has collapsed in tandem with the overall crime rate, leaving U.S. classrooms safer today than at any time in recent memory.

And, perhaps most critically, there is no epidemic of mass shootings in American schools — at least, not under the conventional definitions of those terms.

In the immediate aftermath of the Parkland shooting, progressive activists and commentators (including this one) repeatedly claimed that there had been 18 school shootings since the start of this year. This proved to be a gross exaggeration. In reality, according to new research from Northeastern University, there have been a grand total of eight mass shootings (shootings that kill at least four people) at K-through-12 schools in the United States since 1996. Meanwhile, over the past 20 years, the number of fatal shootings in American schools (of any kind) has plummeted…

There is no “school safety” crisis in the U.S.; only a gun violence epidemic that consists primarily of suicides, accidents, and single-victim homicides committed with handguns.

In fact, school shootings have declined right along with the rest of gun violence in America. A student in the 1980’s and early 90’s was more likely to be part of one of these tragic events than our students today are.

New research released this week by Northeastern University researchers shows that they aren’t.

They found that schools are actually increasingly free of mass shootings, which they define as a shooting in which four or more individuals are killed by firearms. “There is not an epidemic of school shootings,” Fox said in a statement about the research, noting that there were four times as many children shot and killed in schools in the early 1990s as today.

More children are killed every year drowning in pools or in bicycle accidents than in school shootings, Fox added.

While the left continues marching, chanting, cursing, condemning, demonizing, and demagoguing… folks on the right are working towards solutions.

Senator Marco Rubio (R-FL) has been much maligned by the lefty students from Douglas High School, but he’s been among the most active in Congress in trying to find solutions to make schools even safer than they already are.

Rubio and his allies have already passed the STOP School Violence Act and the NICS Denial Notification Act and the most recent “Red Flag” bill. All three focus there efforts on improving already existing laws and making our schools safer places, without violating the 2nd Amendment rights of law-abiding Americans. The bills aren’t perfect, and the “Red Flag” bill, in particular, raises some 2nd Amendment red flags (pun intended), but it’s more evidence that while liberals are out protesting and grandstanding, it’s conservatives at work trying to actually make a difference.

3 weeks ago we returned to DC hoping to make progress on preventing gun violence. Tonight Senate passed #StopSchoolViolenceAct & #FixNicsAct Thank you to 17 #Parkland families @rpetty @KyleKashuv & many others for all you did. Now lets get the #ExtremeRiskProtectionOrders done