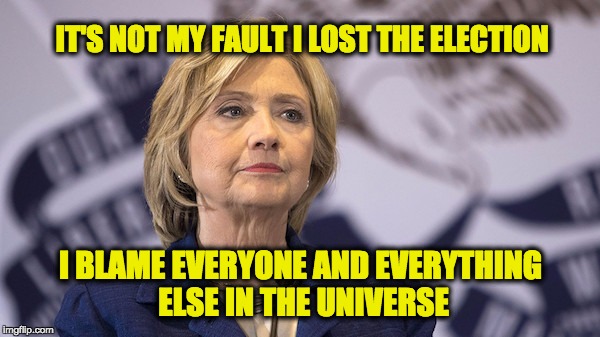 It is one week short of seven months since the 2016 presidential election where America legitimately elected Donald Trump the 45th President of the United States. But not to the losing candidate.It seems as if every time Ms. Clinton opens her mouth she invents another reason for her loss. She’s trying to de-legitimize the Trump victory and to deflect people away from realizing that she was incompetent.

By my count there have been 30 excuses Hillary Clinton has used so far, so she wouldn’t have to admit that she was a lousy candidate who made lousy choices:

Certainly an eclectic list. Notice all the things that are missing? Things like… in the rust belt states where President Trump earned surprise wins (Wisconsin, Michigan, and Pennsylvania), the Clinton campaign didn’t advertise until the very end when it was obviously too late.Trump advertised at lower levels, but the ads began much earlier which gave his ads time to build and convince. She also didn’t visit those states. 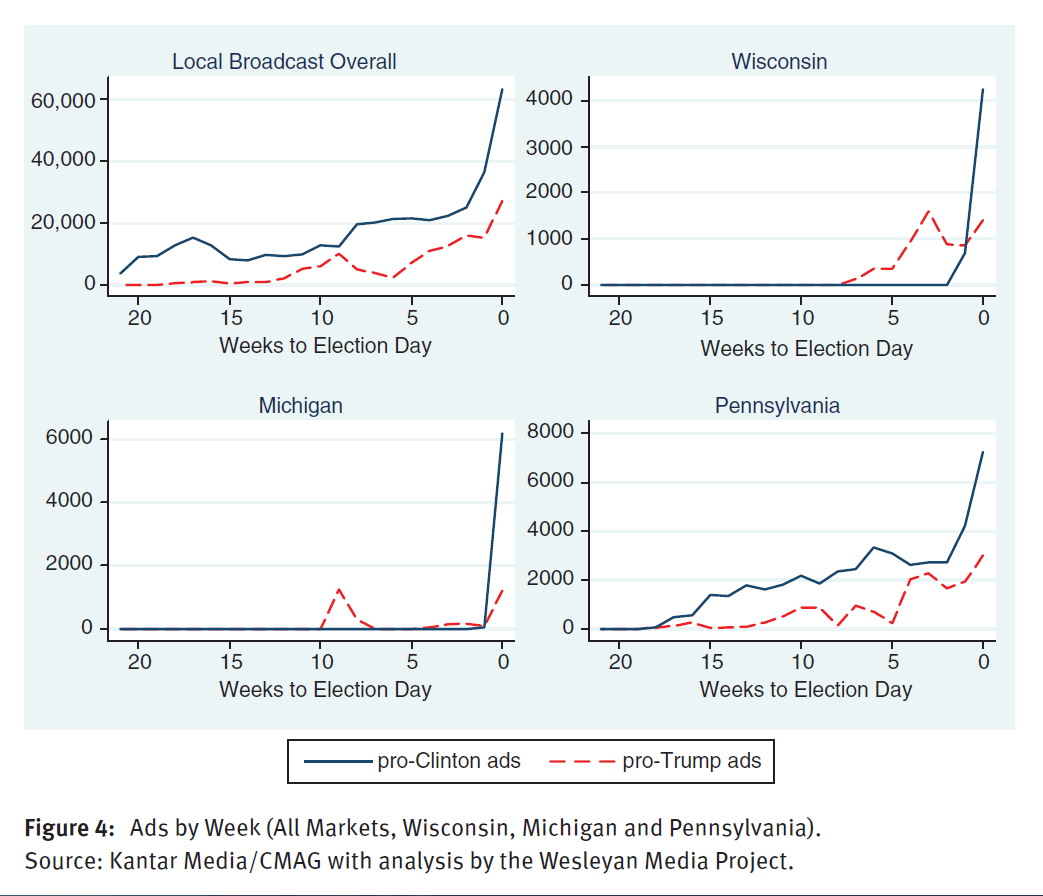 Additionally Trump’s ads were generally issue oriented. Very little of Clinton’s ads focused on policy. When they compared the last four presidential campaigns (eight candidates)  Clinton’s advertising ranked dead last in terms of presenting policy positions. About a quarter of her ads were purely about her positions on issues. Generally Clinton’s ads focused on identity politics rather than trying to appeal to the broad electorate, and/or instead of presenting her stance on issues her ads attacked Trump. But this was an election where the American people wanted solutions, Hillary didn’t present solutions.

She also didn’t mention using the State Department to enrich herself via the Clinton Foundation many of those real news facts were presented in the book Clinton Cash.

Perhaps the most important thing Clinton forgot to mention was the fact that she is a lousy campaigner who couldn’t connect with (or didn’t bother to try to connect with) the needs or wants of the American people.

Hillary isn’t done. My fake contacts close to her campaign have given me a list of what she intends to blame next which includes; The Crappy Pizza in the rust belt states (caused her to stay away), George W. Bush (Obama blamed him and it worked), Israel (Obama blamed them and it worked), Her Physician (he said she had a horrible case of Liar-betes);  New York City Mayor DeBlasio (taught Americans how stupid liberalism can get); Her Husband Bubba (missed campaigning time because of his hobby-bimos); The death of Justice Antonin Scalia (the coverage of the Judge’s funeral made people realized what a real American hero was), The Joos (the Democrat’s Antisemitism didn’t work), and finally the fact that they re-did the Magic Kingdom at Walt Disney World (they took away her magic).

Don’t put any money on the fact that Hillary Clinton’s excuses will stop anytime soon and in a way that is a good thing (for Republicans) Hillary’s whining is showing voters that the Democratic Party is the party of stodgy old sore-losers who lack the ability to relate to the average American.