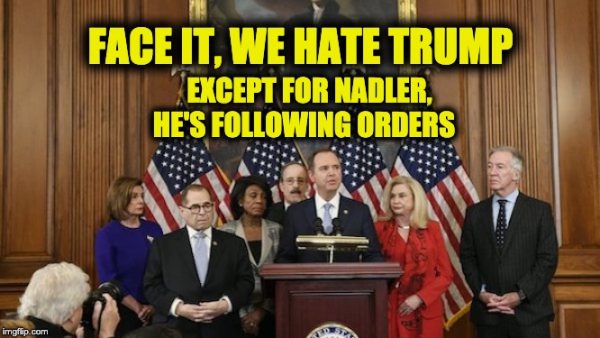 You’ve probably already heard that the House is open to impeaching Trump again in the event; this one doesn’t “take.” Here’s Judiciary Committee member Karen Bass (D-Calif.) acknowledging as much:

Now Rep. Jamie Raskin (D-Md.) is taking the threat a step further by announcing that he and his fellow Dems will seek to indict Trump on fraud and bribery charges after he leaves office.

Raskin, who jumped on the 25th Amendment bandwagon back in 2018 and has been plotting the impeachment of Donald Trump since before his inauguration, alluded to that possibility while testifying at Tuesday’s House Rules Committee impeachment meeting.

“Lots of the conduct that we plead in our specific articles alleging abuse of power and obstruction of Congress themselves could become part of criminal indictments later on,” he further argued.

Dem. Rep. Jamie Raskin: "Mr. Chairman, we present you not just with high crimes and misdemeanors—but a constitutional crime in progress, up to this very minute." https://t.co/FSKRPsJV7d pic.twitter.com/Slh0VmBbrf

Raskin’s words might appear to be the ramblings of an unwell man to most people, but he should be taken quite seriously as the fringe extremists continue to take over the Democratic party.

Raskin’s comments are just the latest in a long line of indicators of the resistance party’s intention to harass Donald Trump for the remainder of his life if they are able.

On Monday, lawyers for House Democrats told a federal court that lawmakers are still seeking grand jury materials connected to Robert Mueller’s investigation into alleged Russian collusion. “The committee has continued and will continue [its impeachment] investigations consistent with its own prior statements respecting their importance and purposes,” House General Counsel Douglas Letter wrote.

The investigations will continue. They plan to impeach again if Trump wins. They want to see indictments when he leaves the White House. The presidential harassment is never going to end unless the American people return the House of Representatives to the Republican party in 2020.