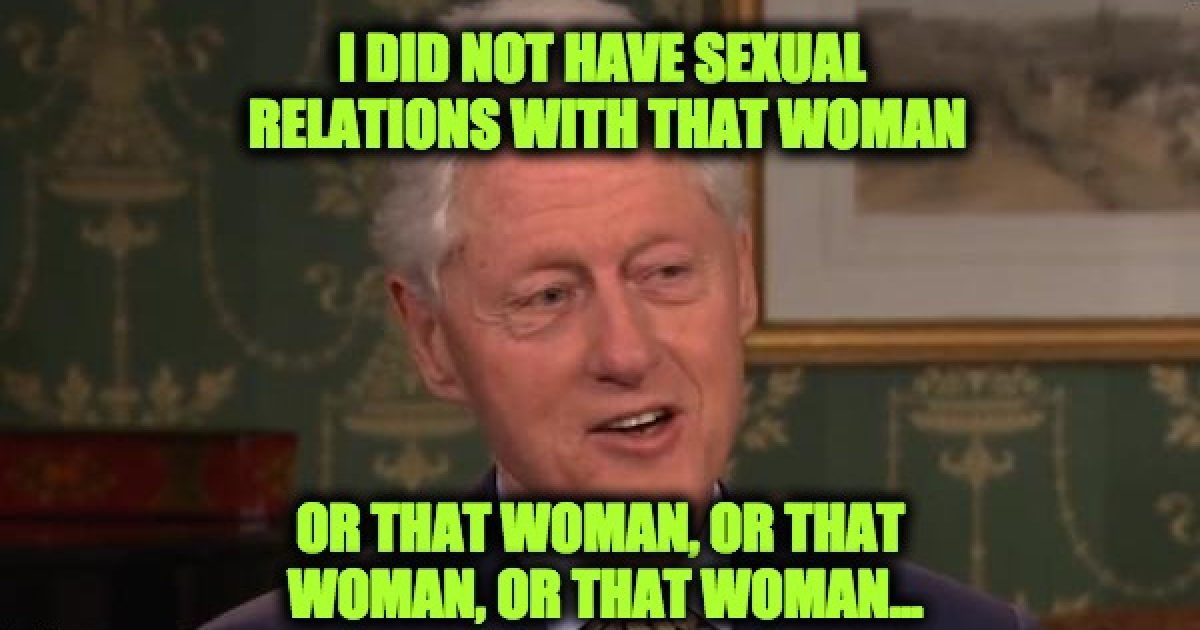 From the moment Dianne Feinstein leaked the letter from Christine Blasey Ford the MSM and the Senate Democrats jumped all over it as if the story came down from Mount Sinai on two stone tablets. To be honest IMHO Ms. Ford is either mistaken or lying and Dianne Feinstein and her colleagues in the leftist party of “no” came up with Ms. Ford to delay or quash the Brett Kavanaugh nomination. Unless she is suffering from some sort of dementia,  Feinstein knew very well that as soon said there was a letter that she handed to the FBI, Christine Blasey Ford’s name would be revealed.  And if Ford really expected to be anonymous, why did she get an attorney and take a lie detector test in August before Feinstein revealed her letter, why did she confirm to the Washington Post that she was the letter writer, and why does she not remember when exactly the “party” was (she knows the year but not the month) and other details of the supposed attack.

What we keep hearing from the politicians and the media is that now that Christine Blasey Ford has made the charge, she deserves to be heard. That’s the ultimate in hypocrisy. If they felt possible victims should automatically be heard why haven’t the Democrats and the MSM given the fifteen women with claims against Bubba Clinton their day in court?

The below are 15 different cases of women accusing former President Bubba Clinton of sexual assault or attempted sexual assault. This doesn’t include the women Bubba had consensual affairs with such as  Gennifer Flowers, or Sally Miller, only women he forced or tried to force to have sexual contact without their permission. Each of the sixteen victims’ stories is condensed but their names are linked to web pages with more detailed versions of their statements/evidence:

Juanita Broaddrick claims she was raped by Bill Clinton and Hillary tried to silence her. “she says, he got her onto the bed, held her down forcibly and bit her lips. The sexual entry itself was not without some pain, she recalls, because of her stiffness and resistance. When it was over, she says, he looked down at her and said not to worry, he was sterile–he had had mumps when he was a child.” Norma Rogers, who was director of nursing at the nursing hiome Broaddrick worked at, told reporters that she entered the hotel room shortly after the assault allegedly took place, and “found Mrs. Broaddrick crying and in ‘a state of shock.’ Her upper lip was puffed out and blue, and appeared to have been hit.” Kelsey elaborated to the New York Times, “She told me he forced himself on her, forced her to have intercourse.”

Helen Dowdy, the wife of Hillary Clinton’s cousin, claims she was groped by Bill Clinton at a Rodham family wedding in 1986. She told Jerry Oppenheimer, the author of State of a Union: Inside the Complex Marriage of Bill and Hillary Clinton (page 215) that Bubba groped her “up there.” She tried to pull away, but “he’s a big man.” She says she was eventually rescued when Hillary Clinton turned it into a three-person dance. “He was holding me very close, pulling me into him. … It was so inappropriate.”

Sandra Allen James Former Washington-based political fundraiser. She says: Clinton invited her to his hotel room in 1991, pinned her against the wall and put his hand under her dress.

In 1972, when he was attending Yale (and dating Hillary) a 22-year-old woman told campus police at Yale University that she was sexually assaulted by Clinton, a law student at the college. No charges were filed, but retired campus policemen contacted by Capitol Hill Blue confirmed the incident. The woman, tracked down by Capitol Hill Blue in 2007, confirmed the incident, but declined to discuss it further and would not give permission to use her name.

Also according to Capitol Hill Blue, “former Arkansas students confirmed that Clinton tried to force himself on them when he was a professor.” In 1974, a female student at the University of Arkansas complained that then-law school instructor Bill Clinton tried to prevent her from leaving his office during a conference. She said he groped her and forced his hand inside her blouse. She complained to her faculty advisor who confronted Clinton, but Clinton claimed the student ”came on” to him. The student left the school shortly after the incident. Reached at her home in Texas, the former student confirmed the incident but declined to go on the record with her account. Several former students at the University have confirmed the incident in confidential interviews and said there were other reports of Clinton attempting to force himself on female students.

So what’s the story Media? Senator Shumer push your glasses and read this. Are possible sexual assaults only woth talkng about when the charge is against a Republican?  If not why do you ignore the fifteen women above? Especially when one considers most of the stories above have been corroberated. Ms. Ford cannot even tell her entire story.