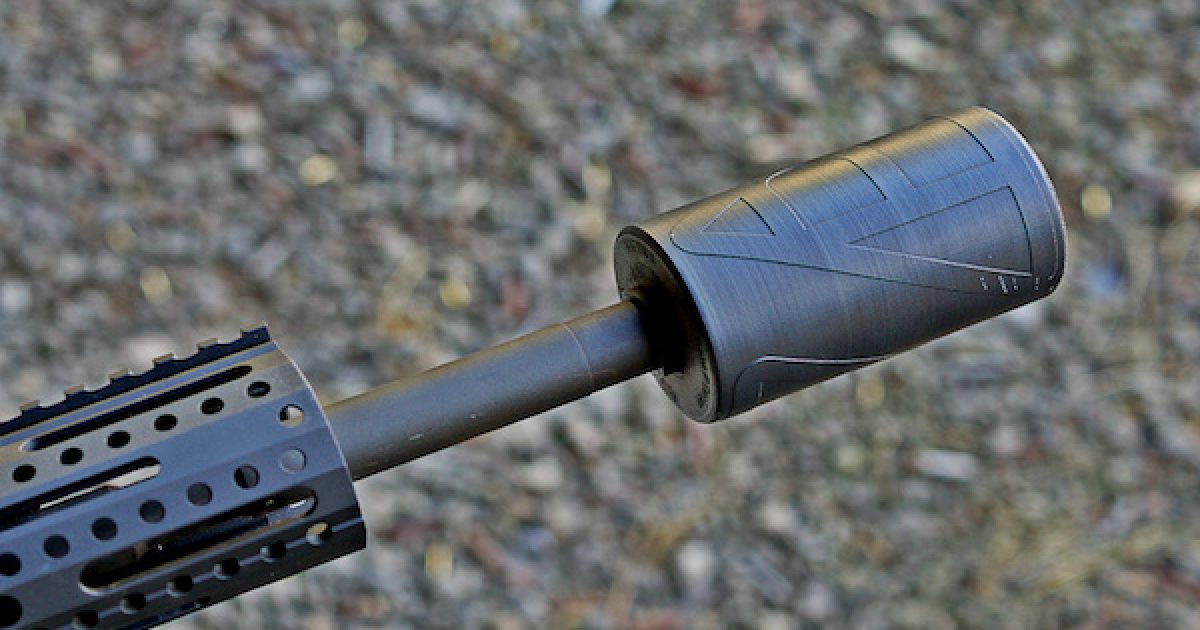 Yes, you guessed it, Democrats have introduced a bill to ban suppressors. And they are lying through their teeth to force its passage, all because one person in one instance used one that made no difference whatsoever in the outcome. It’s all about an agenda, not about truth.

Democrats have no idea what they’re talking about. They just call suppressors “deadly” because one person used one in a mass shooting incident. Last month on the 31st of May,  a Virginia Beach municipal employee went on a shooting rampage in a municipal building. One of the firearms he used was equipped with a suppressor.  Suppressors which are heavily regulated under the National Firearms Act — are virtually never used in the commission of a crime. If the shooter didn’t use a suppressor, he would have killed the same amount of people.

The same thing occurred with bump stocks: ONE person used them in a mass shooting incident and voila!  Now they’re banned. They’d never been used in one previously.

Get it? HEAR act banning silencers. Aren’t those Democrats so creative? Don’t you wish they applied some of that creativity to help solve some of America’s real problems? The HEAR act has as other provisions:

It would authorize a buyback program for silencers using federal Byrne JAG grants;Provide individuals with a 90-day grace period after the date of enactment for individuals to comply with the ban; Provide limited exceptions for certain current and former law enforcement personnel, for certain Atomic Energy personnel and purposes, and for certain authorized testing or experimentation. Truth About Guns

As we have previously stated, suppressors are not easy to purchase. They are part of the NFA and are classified as firearms – they require National Firearms Act application, pay the $200 stamp fee, a background check and wait a long period of time, generally 9 months to a year. For an accessory, no less.

Senator Menendez is purposefully misrepresenting suppressors. Suppressors are the most highly-regulated firearms accessory today. Senator Menendez knows the truth is suppressors reduce the sound of a muzzle blast from a decibel level equal to a jet taking off to that of a jackhammer, not quite the nail gun he’s claiming similarities to. He could have easily chosen to witness this for himself if he accepted the National Shooting Sports Foundation’s invitation to hear suppressors in the Capitol Police gun range two years ago. Conveniently, Senator Menendez, nor any of his staff, responded to that invitation.

Suppressed gunfire is clearly audible and will gain the attention of anyone within the vicinity. Suppressors are legal for ownership in 42 states and 40 for hunting. More than 1.5 million suppressors are owned and operated for lawful purposes every day. Mark Oliva, the Director of Public Affairs for the National Shooting Sports Foundation

As for the lie that “silencers” can’t be heard by law enforcement, most police officers (unless they’re deaf) know the sound of a gunshot. In point of fact, most of them are attuned to the sound of the radio in their patrol cars AND on the microphone on their shoulder. Those sounds are low – so they should be able to hear the sound of a gun being shot with a suppressor.

The fantasy world that politicians live in is dangerous for all Americans. Whether they know nothing and are ignorant or are actively trying to destroy our rights, we must take ‘aim’ at their agenda and call our representatives/senators. Make sure they realize it’s all a lie.