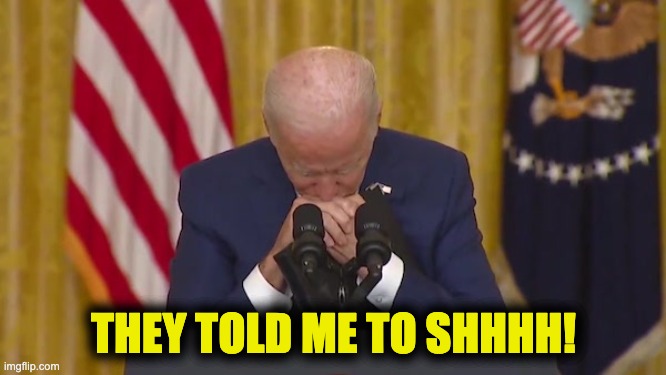 President Biden’s startling admission at a Washington, D.C. fundraiser that, “The struggle is no longer about who gets to vote… It’s about who gets to count the vote” reveals everything people need to know about the left’s election agenda.

The Biden campaign and their Democratic Party cohorts in vote counting rooms in Detroit and Philadelphia denied observers the ability to see the votes being counted. In Atlanta, the vote counters were so brazen as to claim that due to a water main break vote counting had to cease, and once observers left, rolled out suitcases of ballots that they could count privately.

And there you have the crux of Biden’s 2020 presidential victory, as the vote flipped to Biden once observers were dispatched from their posts. And this doesn’t even touch on the ballot integrity issues associated with Mark Zuckerberg’s $500 million funding provided to key counties to assist with official Get Out the Vote and processing efforts.  The scandals around Zuckerberg’s election interference alone would have cast any other election into an honest debate as it diverted the vote counting and integrity authority away from local elected officials.  Yet, the virulently anti-Trump media demanded and continues to demand that the massive and obvious election fraud should be ignored because their man “won.” And worse, that anyone who questions the results of the election is somehow undermining foundational American values.

Now you have Biden’s admission which will be spun into a cry for voter integrity, when in fact it is a bald confession for why the Democrats resist each and every attempt to honestly make certain that every eligible vote is counted and that those which are fraudulently cast are thrown out.  Because each fraudulent vote diminishes the value of each legitimately cast vote, and that is the real threat to the U.S. government having the consent of the governed as it tears away the fundamental one-person, one-vote system.

Now that Biden has mistakenly told the truth about the Democrats’ real objectives when it comes to elections, Republicans, Independents, and honest Democrats have to come together to support broad election reform efforts that affirm and ensure the vital one person one vote principle.