Get Ready: With Democrats in Power, 2019 Will Be the Year of Gun Confiscation 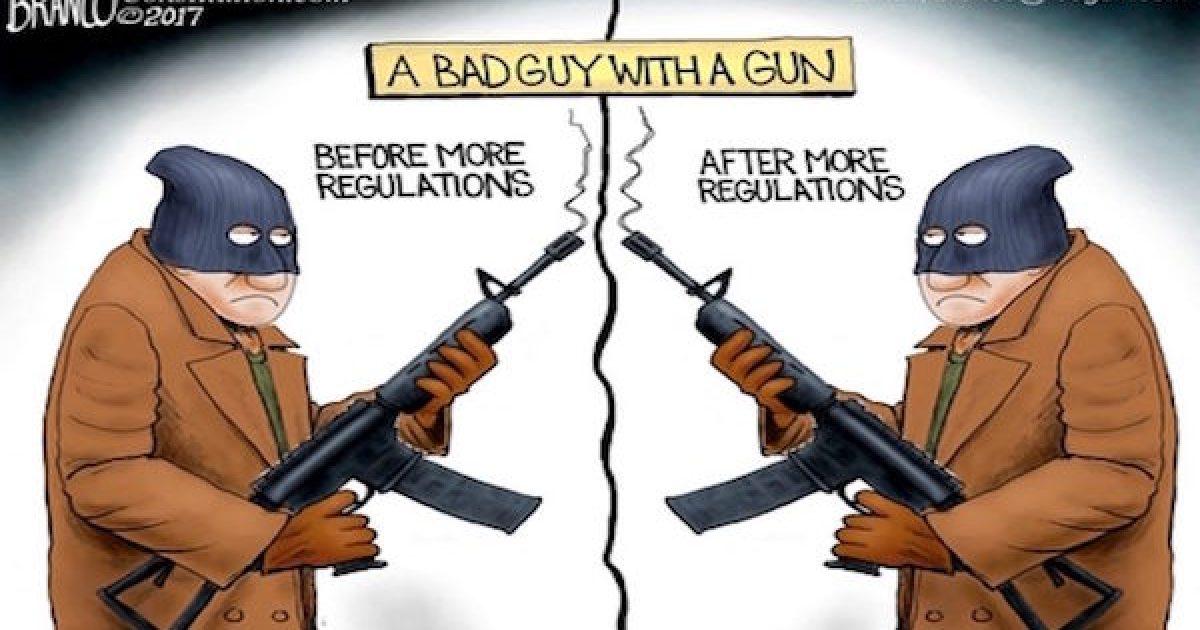 gun confiscation
A court recently upheld New Jersey’s ban on firearm magazines that hold more than ten rounds, but state officials have steadfastly refused to inform the citizens just how they intend to enforce that law. But the fact that it was upheld and coupled with news in a growing list of other states — not to mention the noise from Washington DC proves that the Democrats intend to make 2019 the year of gun confiscation and ending the Second Amendment in every way without saying it openly.

As to New Jersey, Governor Phil Murphy signed the ban on extended magazines in June, but it immediately underwent an appeal by gun supporters. But it looks like supporters of the Constitution lost that battle.

The law, signed by Gov. Phil Murphy in June along with five other new gun laws, gave New Jersey gun owners who currently possess the magazines in question 180 days to either surrender them, permanently modify them to only accept up to 10 rounds, or transfer them to somebody who is allowed to legally own them. The deadline is set to expire on Monday.

A lawsuit brought by the Association of New Jersey Rifle and Pistol Clubs and supported by the National Rifle Association failed on Thursday as the 3rd Circuit Court of Appeals declared the confiscation law constitutional. Any civilian caught in possession of a magazine capable of holding more than 10 rounds may be arrested and prosecuted. Possession of such magazines after the deadline will be considered a crime of the fourth degree under state law and carry up to 18 months in prison and up to $10,000 in fines or both.

Nearly all modern full-size or compact handguns and rifles sold in the United States come standard with magazines capable of holding more than 10 rounds of ammunition.

So far, the state imagines it has the right to ban these common ammunition magazines. But, just how do officials plan to prosecute people who simply refuse to voluntarily hand over their magazines?

No one is saying.

“We will enforce the law of the state,” Lieutenant Theodore Schafer of the New Jersey State Police said. “That’s our plan.”

That is a statement, not a plan. The only real way to enforce this law is mass confiscation via home inspection. But will they do this?

Again, no one is saying.

New Jersey is not alone.

Democrats in Florida have already started their effort to confiscate your guns, America, in the first taste of what Democrats are going to try when they take full control of the House of Representatives in Washington.

A leftist group in Florida is already moving to push an amendment to the state constitution that would ban whatever class of guns liberals find scary.

The proposal, backed by the committee Ban Assault Weapons Now, was posted on the state Division of Elections website this month. The committee had raised nearly $410,000 since March, while spending almost $284,000, according to finance information. The expenditures included $75,000 last month to a California-based company for what was described in the finance information as “petitions.”

Ban Assault Weapons Now would have to submit hundreds of thousands of valid petition signatures to the state to get the measure on the 2020 ballot. Political committee had to submit at least 766,200 signatures to get measures on the 2018 ballot, and the petition threshold likely will increase for the 2020 election.

This measure would absurdly describe “assault weapons” as any firearm that would hold 10 rounds or more of ammunition at a time.

The measure would also ban these firearms for everyone but members of the military and police.

There would be an exemption for those who had the banned weapons before the passage of the measure. However, there would be a strict registration process for keeping them.

Naturally, Florida Democrats are excited about the measure.

“I would love to get the chance to get this done as soon as possible,” said Rep. Ted Deutch, a South Florida Democrat who stepped into the gun debate’s national spotlight after the deadly Feb. 14 Marjory Stoneman Douglas High School shooting in his district in Parkland. He’s leading the effort with Coral Springs Mayor Walter “Skip” Campbell.

In Washington State, Michael Bloomberg and some of his favorite anti-gun billionaires spent $4,661,572 for advertising that pushed through the anti-Second Amendment I-1639, despite overwhelming law enforcement opposition.  I-1639 is the 30-page gun control measure that raises the minimum age limit to buy or own a semiautomatic rifle or handgun of any kind to 21, It also requires so-called “enhanced background checks” that include a waiver of medical privacy; a 10-day waiting period, the creation of a registry of so-called “semiautomatic assault rifles,” and more provisions.

Do not doubt that this is precisely where House Democrats intend to go to Washington. There was little appetite for such measures the last time Nancy Pelosi was Speaker of the House, but since then the Democrat Party has turned more radical than ever.

Democrats are coming for your guns, America.

Count on it. And prepare to oppose them.

Democrats are not big fans of constitutionally guaranteed freedoms, therefore, when Democrats say they are not coming to confiscate your guns, they are lying. They have always been lying.

Most of this post was first seen at GodfatherPolitics.