The Gospel Of Democrats: Lies, Treachery, Vilification, Violence, and Anti-Americanism 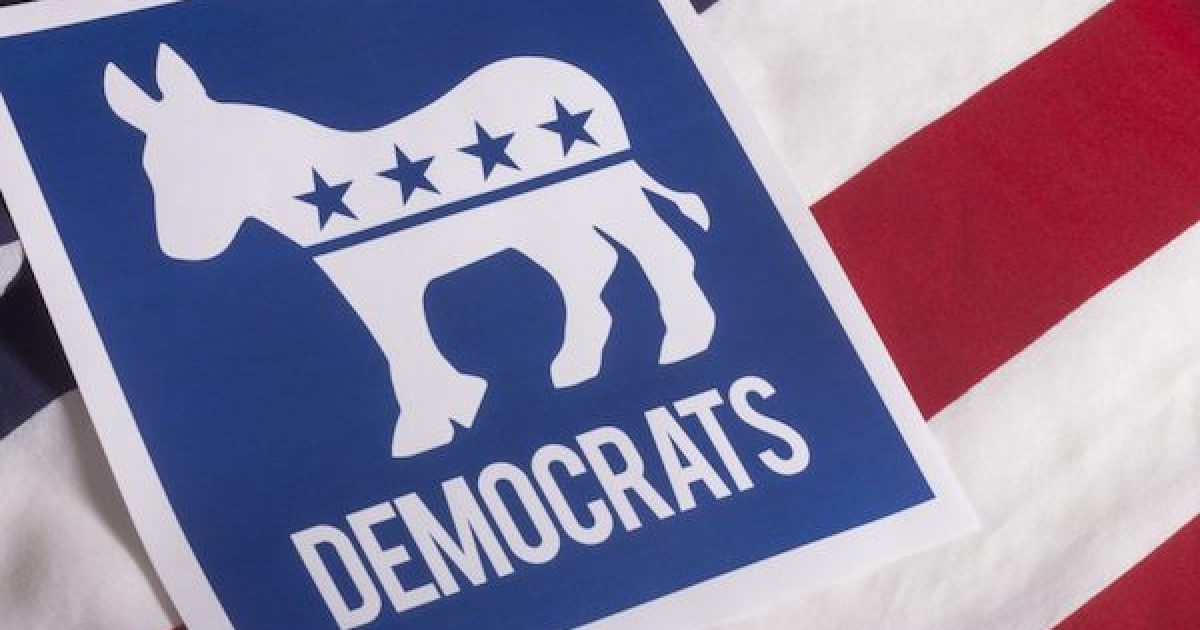 (The Olive) It’s just amazing to this writer at times (only for a minute or so) how low the Democrats will sink into the filth and mire to enforce the Democratic playbook.  Actually, it rather disgusts and sickens me, as well it should any right-thinking human being, and I do not mean Republicans.

What is the Democratic playbook as defined by Chuck-you Schumer, Nancy No-Mind Pelosi, Maxine We’ll-Kill-You Waters, and Alexandria Reality-Isn’t-Real Ocasio-Cortez?

It is very simple, and yet not so simple, read on.

To demonstrate the complete fantasy land the Democrats live in, (I cannot seem to locate this area) it is necessary to watch the below appalling attack on Brett Kavanaugh, and President Trump filled with lie after lie courtesy of Chuck-you Schumer.  These people do not live in the same world as the rest of us as you will see; I encourage you to listen to the entire video, it is an eye-opener and not long.

The astounding idiocy and blatant lies told by Chuck-you Schumer are revolting and disturbing.  According to Schumer, Kavanaugh does not deserve to be on the bench, the Republicans rushed this confirmation through, President Trump stooped to new lows, Trump ridiculed a survivor of sexual assault, and on, and on.

It is an extensive attack piece (speech) by Schumer – hello, the pot calling the kettle black?  Kavanaugh does not deserve to be on the bench – why?  Because a few people made up completely unsubstantiated allegations against him?  Where is the proof of all of this happening?  The FBI found nothing!  Let us also remember Brett Kavanaugh was investigated by the FBI six times before this – the FBI would have seen something before if it was there to find.  What about the allegations against Democrat Keith Ellison that have plenty of evidence behind them – and which I might add the Democrats are ignoring?

The Republicans rushed the confirmation of Kavanaugh through?  That is such an erroneous and laughable accusation – who sat on the letter from Christine Blasey Ford for TWO months?  Democrat Dianne Feinstein.  The investigation of Brett Kavanaugh could have been completed without dragging Christine Blasey Ford into the limelight, confidentially – all BEFORE the confirmation hearings!

Trump stated the facts on the Kavanaugh investigation, nothing more.  Most Republicans remained wimpy silent, Trump, as usual, was not, and declared the facts of what Blasey Ford said to basically every question: “I don’t know,” and for that Trump is cruel, a low-life, and is demonized.  The real lowlifes are the Democrats for turning this entire confirmation process into a circus of hate in an attempt to hold onto their power over the Supreme Court.  After all, why change the law, when you can merely have the Supreme Court legislating from the bench, example – the approval of same-sex marriage as the law of the land.  I CHALLENGE anyone to show me where in the U.S. Constitution there is a premise for the law (the Constitution) supporting same-sex marriage!  It does not exist.

It was the Democrats who attempted to derail a Republican campaign using false information with the power of the U.S. government behind it.  It was and is the Democrats and their Republican RINO allies who have pushed for the election of Donald Trump to be overturned.  It is the Democrats who are seeking to unseat a duly elected president through spurious means including the use of the 25th amendment, and impeachment – for which they have NO legitimate grounds.

Maxine Waters routinely calls for violence against Trump supporters, “get in their faces,” “you tell them they are not welcome anymore,” “follow them into restaurants, gasoline stations.”  Now of course if Republicans acted in this manner there would be such a hue and outcry we would never hear the end of it.

Alexandria Ocasio-Cortez has an economics degree, and yet understands nothing about economics or capitalism.  Cortez is an open and avowed socialist.  Keep one thing in mind here, ok two – socialism NEVER works, and capitalism is the ONLY reason socialists EVER have any money to redistribute!  Check out the story of Venezuela if you do not believe me.

Anti-Americanism, why do I say the Democrats are basically against America?

The Leftist Democrats are for open borders – lets let in all those gang bangers, drugs, criminals, illegals who the American taxpayers will have to support with free healthcare, food stamps, and welfare, Islamic terrorists, other poor non-contributing people, sick disease-ridden people, and the list goes on.  I’m not trying to be mean here, but the U.S. as a whole needs to realize that we need to be careful about who we admit into this country. Basically, it needs to be asked, “what can you contribute to this country?”  If you cannot contribute to the value of this country, and if you have no interest in the U.S. becoming YOUR country – well then we don’t want or need you, period.  The Democrats “need” everyone who crosses the border, especially illegals, because they will vote Democratic.  Please don’t be fooled, the Democrats do not care about these people, they only care about their vote, and the Dems are willing to bankrupt the U.S. to get that vote.

This is of course why the Democrats are for and support sanctuary cities – because the illegals will side with and vote for them.  Anyone who believes otherwise is foolish.  The Democrats have proven beyond a shadow of a doubt that they are out for themselves, and the Hell with all the rest of America, literally.

The Democrats are out to destroy America for their own gain, as well as to support the globalist agenda. Trust me when I say that, the obstructionist lying Democrats have just destroyed themselves.  Stand up America and fight back against the Democratic agenda of hate, deception, and control!

There is nothing the Democrats will not do to support their abusive lust for power. They will lie, manipulate, cheat, steal, kill, attack, destroy, and commit treason to get what they want.

It’s high time the American people stand up to these deviants.  Get out on November 6th and VOTE!  Share conservative posts on every social media network you are a part of, and YES, it DOES make a difference! Google, Facebook, and Twitter cannot shut us all up despite trying.