Democrats Get Their Comey Words Thrown Back In Their Faces 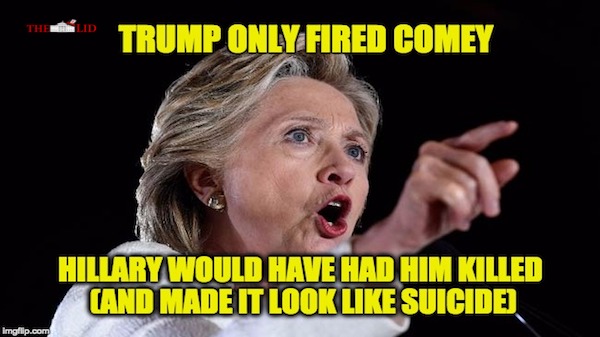 President Trump has been dealing with the fallout of his firing of FBI Director James Comey almost nonstop since Tuesday and you can tell that he’s getting tired of the attacks.

The president released a series of tweets damning the Democrat hypocrisy and reminding them that they’ve been calling for Comey’s ouster for MONTHS.

On Wednesday evening the President issued his sternest (and funniest) condemnation yet. He tweeted out a video showing various Democrat leaders ON VIDEO all calling for an end to Comey’s time at the FBI. The video showcases more than a dozen different liberal leaders (including the Senate and House minority leaders) demanding a change in leadership at the FBI, and even has several Democrats demanding that President Trump either fire him or Attorney General Jeff Sessions ask Comey to resign!

It’s all about politics and power.

The Democrats should be ashamed. This is a disgrace!#DrainTheSwamp pic.twitter.com/UfbKEECm2V

On Thursday the RNC came up with a video of their own, their version shows Democrats’ Comey Statements before he was fired and after.

So what changed Democrat minds? Nothing really. They don’t care about Comey’s firing…all they really care about is trying to delegitimize the Trump Administration

It’s all about politics and power.