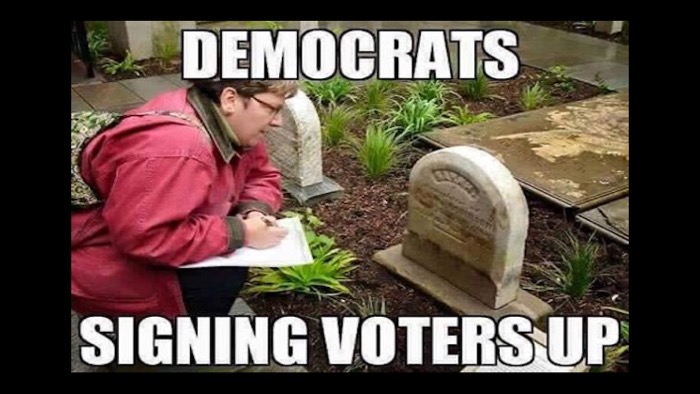 Democrats in Michigan fought to keep the names of 26,000 dead people on the state voter registration rolls. But in a victory for election integrity advocates, on Thursday, the U.S. Western District Court of Michigan denied a plea filed by Michigan’s Democrat Secretary of State Jocelyn Benson to keep the tens of thousands of dead people on the voter rolls.

Last year, the Public Interest Legal Foundation filed a lawsuit against Benson, accusing her of keeping nearly 26,000 dead people on the voter registrations. They insisted that the dead voters be removed to make the registration records more accurately reflect the voting population.

Benson tried to have the courts throw the suit out. But on Thursday, the federal judge refused to dismiss the suit.

“It is astonishing that Secretary Benson is so vigorously opposing effective list maintenance,” PILF President J. Christian Adams said in a statement.

“It’s remarkable that after sharing this data with the Secretary of State in 2020, dead registrants remained on the state’s voter rolls,” he continued. “This initial win is the first step to ensuring that deceased registrants are not receiving ballots and reducing the opportunity for fraud in Michigan’s elections.”

You know why these Democrats want to keep the names of tens of thousands of dead people on the voter rolls, right?

That way, they have thousands of names to cheat with and no live voter to contest it. But the Democrats still claim this is just one more GOP attempt to suppress voting.