Viral Video Exposes Democrats’ Hypocrisy On Conditions At The Border 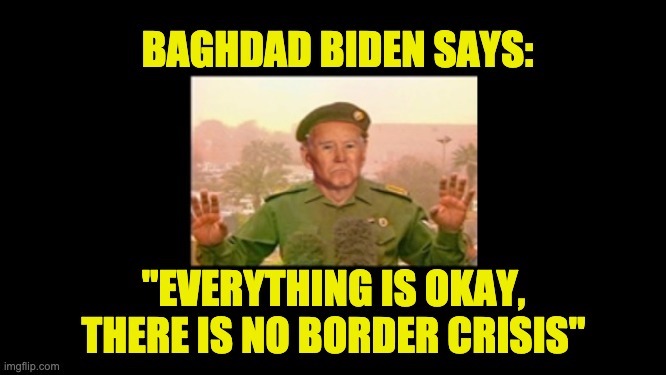 With Biden’s broken Border policy creating perfectly predictable logistical nightmare scenarios, the media spin machine is kicking into high gear. How perfectly predictable. When a news item can kneecap Republicans, it is the worst crisis ever. When it hurts the Democrats, however, that same story gets a total makeover.  Democrats border hypocrisy

Don’t take our word for it. See for yourself. Joe Biden’s border mess is the perfect microcosm of this larger trend.

They don’t want you to see this.

RT so everyone does! pic.twitter.com/FmzVzKaomK

What is the reality they are doing their best to avoid reporting?

Senator Marsha Blackburn went to the Arizona border to see for herself. She reminds us that it’s El Chapo’s cartel that controls the Mexican side of that border, and they are making money hand over fist. She also explains how sophisticated their network is for smuggling people in and that those who lacked the money to pre-pay will become, effectively, indentured servants to these same Cartels. This transaction provides these criminal gangs either income or labor… neither of which are good for national security.

Biden has stopped caring about the ‘invisible enemy’ as he unloads illegal immigrants on Texas at a COVID-Positive rate SEVEN TIMES HIGHER than the national average, seeding the state with countless new viral vectors.

A whistleblower fears for the safety of all concerned. Here is an excerpt of the dire warning:

The agent went on to explain that the detainees are becoming stressed and fatigued – many being kept in custody for more than two weeks. The email read that detainees are laying on top of each other since there is no room to sleep while “unaccompanied children have to sleep on their side to save space.”

“If we have a fire, a carbon monoxide leak from the generators, a stampede, or any number of potential and likely occurrences, many people will die,” it reads. “This situation is a disaster waiting to happen. Someone with the proper authority must do something immediately to alleviate the severe overcrowding before we experience a tragedy.” — FoxNews

Is it harsh to say that this human suffering and indentured servitude is a price Democrats are willing to pay in the long-term goal of securing political power? It might be if their own people hadn’t been caught saying so in a leaked memo from Clinton-affiliated Palmieri.

The memo from the left-leaning think tank also said that protecting DACA is not only a “moral imperative” but also a “critical component” in winning elections.

It finished, “If Democrats don’t try to do everything in their power to defend Dreamers, that will jeopardize Democrats’ electoral chances in 2018 and beyond.” —FoxNews

They care so much about this because they see it as a sure path to permanent political power.