How The Democratic Party Became The Party Of Antisemitism

Much Of Today’s Antisemitism Is Cloaked As Being Anti-Israel Because...Well, It Seems More Polite. 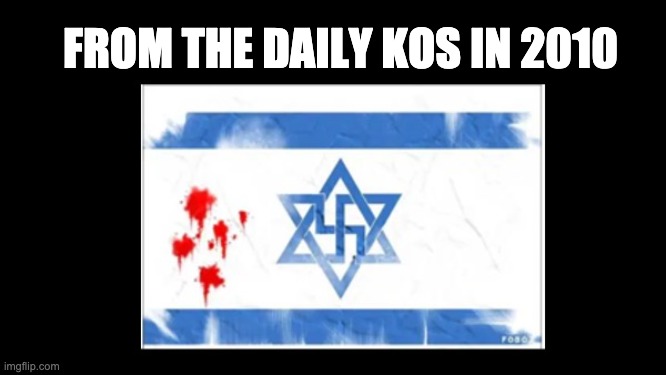 Antisemitism is sometimes called the oldest hatred in the world.  The recent Israel vs.Hamas action has given liberal Americans and Democrats an excuse to become more aggressive in their hatred toward Jews. But make no mistake, this is not a new phenomenon. The left has been spewing the world’s oldest hatred for decades, and much of the Antisemitism is cloaked as being anti-Israel because…well, it seems more polite. Democratic Party-Leftist Antisemitism

The Jewish community had a close relationship with the Civil Rights movement. However, after the murder of Martin Luther King Jr., the Civil Rights movement’s new leadership turned against their Jewish allies. They saw the Jews as their competition for achieving middle-class status.  Black leaders such as Jesse Jackson,  Andrew Young, Louis Farrakhan, and the beloved bigot, Al Sharpton, all went public with anti-Semitic comments. As the Antisemitism spread, the hatred didn’t infest all Black Americans but became popular with some Black leaders on the liberal side of the aisle and eventually spread throughout the liberal/Democratic community.

In 1984,  Desmond Tutu helped to spread the hatred when he publicly complained about American Jews, saying Jews exhibited “an arrogance—the arrogance of power because Jews are a powerful lobby in this land and all kinds of people woo their support”(Jewish Telegraphic Agency Daily News Bulletin, Nov. 29, 1984). Speaking in a Connecticut church in 1984, Tutu said that “the Jews thought they had a monopoly on God; Jesus was angry that they could shut out other human beings.”

That same year 1984 saw Jesse Jackson referring to Jews as “Hymies” and New York City as “Hymietown.” 1991 saw Al Sharpton incite anti-Jewish pogroms in Crown Heights, NY, and 1995 saw him incite the fire-bombing at the Jewish-owned Freddy’s Fashion Mart in Harlem. Still, today before Democrats decide to run for national office, they visit Sharpton to “kiss his ring.”

To gain the support of Black voters away from the GOP who traditionally supported African-American causes, the Democrats began to turn away from Jewish interests, especially Israel, whose win in the Six-Day-War combined with the anti-Vietnam War movement made it easy for the left to position Israel as war-like aggressors. The party’s hatred became obvious during the presidency of Jimmy Carter.

Carter, honored as having the greatest post-presidency of any POTUS in history, was an anti-Semite during his presidency and post-presidency. A few examples of his hatred include:

Despite his record of hatred, Jimmy Carter is revered by Democrats.

Note: if we Jews are supposed to have all that money, where the heck my share?

Much of the Leftist/Democratic Party Jew-hatred began after the murder of Martin Luther King Jr. and was promoted by the next generation of leaders. Jews and Dr. King were strong allies, but that changed after his passing.

In 2003 former Congressman James Moran (D-VA.) made the false charge that the leaders of America’s Jewish community sent America into war in Iraq to benefit Israel, a charge that  Barack Obama repeated in 2015.

In 2004 then-Senator Ernest Hollings (D-SC) said President Bush went to war in Iraq “to secure our friend, Israel” and the Jewish vote “everybody knows it,”

During former-Congressman Keith Ellison’s (D-MN)  run for congress in 2006, The Washington Post reported that Ellison had defended Farrakhan against accusations of Antisemitism in 1989 and in 1990. Powerline’s Scott Johnson reported Ellison supported anti-Semitic statements from others and during the same period. Once he got into Congress, Ellison supported other pro-terrorism, anti-Jewish and anti-Israel acts. But that is for a different post, one covering more recent Democratic Party anti-Israel, anti-Semitic statements.

The above Democrats plus many others may have been fueled by the popular leftist websites such as Huffington Post and the Daily Kos:

Conservatism went in a totally different direction. It was an anti-Semitic movement until William F. Buckley did his best to drive Antisemitism out of the conservative movement. Beginning with its initial issue in 1955, the National Review was not only the “bible” of conservatism but void of the Jew-hatred that was at the time a big part of the conservative movement. And when a National Review writer/editor was found to be anti-Semitic like Pat Buchanan and Joseph Sobran,  they were fired.

Conservative favorites such as aviator Charles Lindbergh and Henry Ford were staunchly anti-Semitic, as were the post-war conservative anti-communist groups such as the John Birch Society and The Liberty Lobby. They weren’t allowed anywhere near Buckley’s magazine.

This is not to say that the conservative movement has rid itself of all anti-Semites, but it is no longer acceptable thanks to Buckley’s efforts.  On the other hand, Democrats who hate Jews and/or spew anti-Israel comments to cover up their Antisemitism are still accepted by the party, and to help them out, their Jew-hatred is covered up by the leftist media.