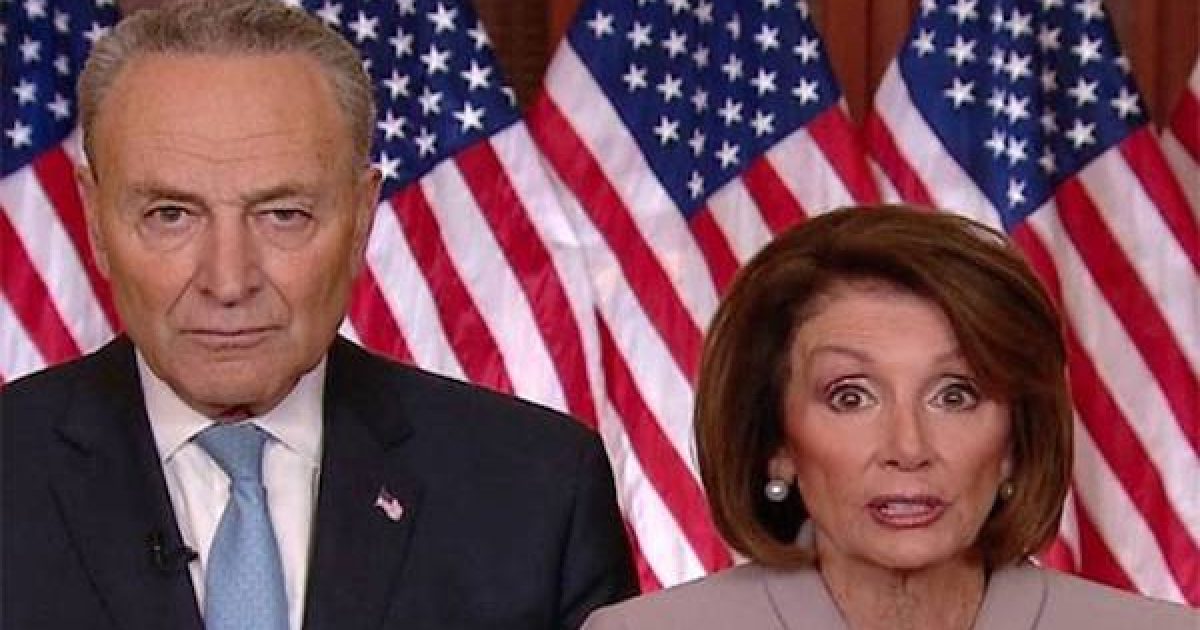 The Democratic Party “has been hijacked,” according to an award-winning writer and author in an Op-Ed posted in the Portsmouth Daily Times and he adds that with Speaker Nancy Pelosi at the helm, there does not appear to be a course correction anywhere on the horizon. That’s the bleak outlook from Del Dudiut, whose opinion piece appeared under the headline, “What has happened to the Democrat party?”

“Today’s version,” Duduit wrote, “has no desire to protect this great nation. Democrat Speaker of the House of Representatives Nancy Pelosi has a wall around her own home, but she does not see the need for one around our nation’s border, even though she voted for it a few years back.”

Since the column was published three weeks ago, a Cape Cod woman was charged with disorderly conduct and assault and battery for an incident in which she allegedly assaulted a man at a restaurant for wearing a “Make America Great Again” cap. That happened last week in Falmouth, according to WFXT in Boston.

In Connecticut, a Democrat state lawmaker has just introduced legislation that raises a tax on ammunition by 50 percent, according to Fox News. Freshman Rep. Jillian Gilchrest (D-Hartford) wants the ammunition tax hike as a “prevention measure” to violent crime. She reportedly promised a companion bill was coming in the Senate from another freshman Democrat, state Sen. Will Haskell.

According to Duduit’s analysis, “Chuck (Schumer) and Nancy have demolished the party. Resist and obstruct is the motto. True Democrats are afraid of the radical movement. They are being held, hostage.”

Democrats in Oregon and Washington are pushing all sorts of restrictive gun control measures now that they have legislative majorities in Salem and Olympia, respectively. California and New York are also dominated by Democrats and are doing likewise with gun control legislation.

Duduit listed several concerns he has with Democrats, including the belief that “Today’s version (of the Democratic party) wants to eliminate the Second Amendment, our right to keep and bear arms. ‘To conquer a nation, you must first disarm its citizens,’ Adolf Hitler said. Sound familiar?’”

He also asserted that today’s Democrats have “declared war on cops and…demonized Immigration and Customs Enforcement (ICE), the department that keeps us safe from potential illegal immigrants who are criminals.”

“There is no way Democrats 10 or 20 years ago agreed with these antics or philosophy,” he wrote. “We saw how low the new version will go after it tried to ruin the life of U.S. Supreme Court Justice Brett Kavanaugh. This was done because of the fear of a shift in power.”

Democrats have their sights set on 2020, hoping not only to be able to replace Donald Trump in the White House but also to take control of the Senate. Right now, the Republican-controlled Senate is the only thing keeping House Democrats in check. Should that change in 2021, many gun owners are fearful that their rights would shift from being under fire to under siege.

I have my own opinions of former President Bill Clinton, but I would take him back in a heartbeat over some of these radicals who have slithered out from under a rock.

Do you really want Alexandria Ocasio-Cortez as the future of your party? You can and must do better. She apparently has never studied economics – or anything. She is radical, uninformed, and destructive.

Republicans and Democrats used to be able to work together. But there is no compromise with today’s version. They want conservatives silenced to the point where there is no debate.

Democrats, where has your party gone? I miss it. I know it’s out there. Take it back for the good of the United States of America.