Democrats Have Only Now Discovered Violent Rhetoric and Violent Actions 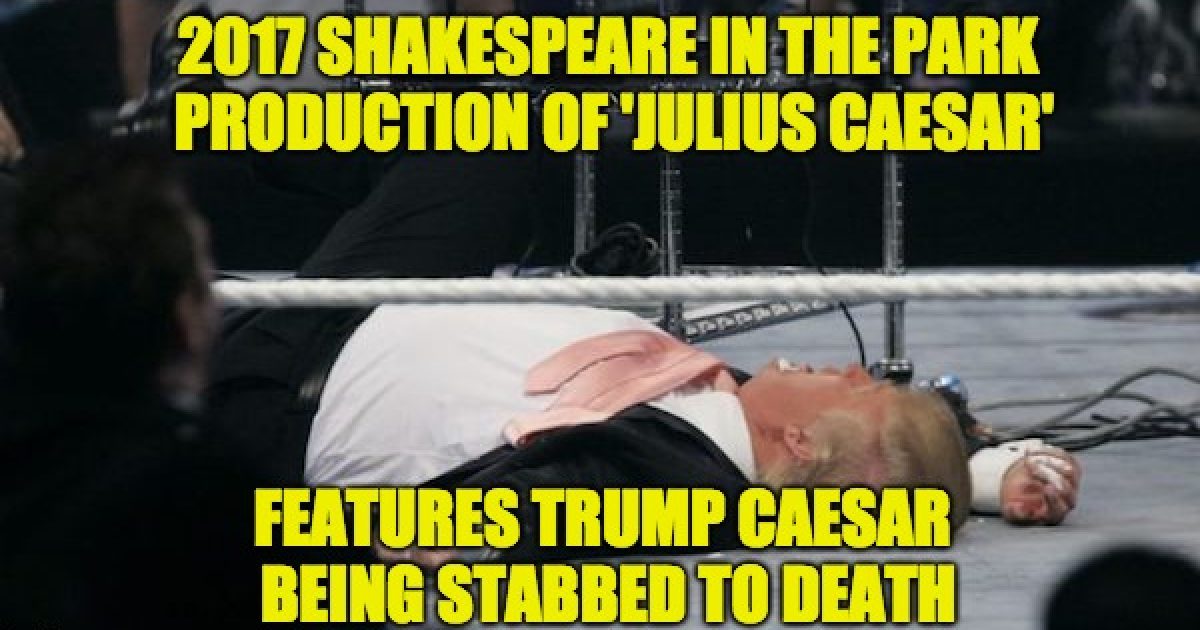 Now that the crazy political bomber has been arrested and identified as a registered Republican, TV liberals are rushing to blame President Trump’s rhetoric for the terror campaign. At 3:30 pm on FNC Chris Wallace had an argument with Shepard Smith because Smith blamed the terrorist’s action on Trump’s rhetoric. Wallace correctly told Smith that the only person to blame is the guy who sent the bombs (see video at bottom of post).

Being a liberal, Shepard Smith refuses to recognize that there is much violent rhetoric and actions coming from the Democratic side also. Not just Smith but the Democrats have only now discovered violent acts and rhetoric. But Gary DeMar discovered it a long time ago:

Let’s not forget that it was a fringe Democrat supporter who tried to kill a group of Republicans with real bullets. Steve Scalise nearly died! Republicans did not use the evil intentions of a lone shooter to smear the Democrats.

A CNN article on the shooter who tried to kill Republicans, never mentions the Democrats.

As we’re seeing with the “bomb” threats, the Democrats and their media sycophants are not returning the favor. They never do.

At the same time, I would not be surprised if we learn that some fringe Democrat supporter, in an attempt to help the Leftist cause, made and sent the pipe “bombs.” I doubt that it’s someone high up in the Democrat Party.

Since the news of the pipe “bombs” broke, the Democrats have come out in a fury denouncing Trump’s rhetoric while ignoring the rhetoric and actions of their own party members.

What was Kathy Griffin’s bloody severed head of Trump if not an incitement of justified violence? What about the knifing of Trump in a modern rendition of “Julius Caesar”?

Democrat Rep. Maxine Waters (CA) urged people to harass Trump administration officials. “Get in their faces, call them out, call your friends, get protesters, follow them into restaurants and shopping malls.”

Democrat Sen. Cory Booker (NJ) called for people to “get up in the face” of members of Congress.

Here’s what Eric Holder, former Pres. Obama’s Attorney General who is considering running for President in 2020, said what tactics to use against Republicans:

“No, no,” Holder says. “When they go low, we kick ’em. That’s what this new Democratic Party is about.”

Consider this from former Pres. Barack Obama who said the following during a campaign stop in Philadelphia in 2008:

I’m sure it got a good laugh, but if Trump or some other Republican had something like that, they would be out of politics forever. Even Snopes admits that Obama said the above. But notice how they softened it by adding the word “rhetorical”:

Still bitter Hillary Clinton added to the mob mentality with her typical flair for the dramatic and stupidity:

Hillary Clinton … said “civility can start again” in the United States only if Democrats win back the House or the Senate in November’s midterm elections.

Clinton, who made the comments in an interview with CNN, added that “you cannot be civil with” the Republican Party because it “wants to destroy what you stand for, what you care about.”

“That’s why I believe, if we are fortunate enough to win back the House and or the Senate, that’s when civility can start again. But until then, the only thing that the Republicans seem to recognize and respect is strength,” Clinton said. (The Hill)

Republicans aren’t getting in the face of Democrats and driving them out of restaurants and movie theaters and disturbing Senate Judiciary hearings and confronting Republicans in elevators or sending a Racine-like substance to Senators.

The rhetoric and violence directed at conservatives, including Pres. Trump, has been going on for more than two years. Comments and actions by Kathy Griffin, Madonna, Johnny Depp, and Robert De Niro come to mind, but there are many more. Here are 15 examples from a list of 133:

Here’s a partial list of the most recent attacks compiled by the editors at Grabien.com: 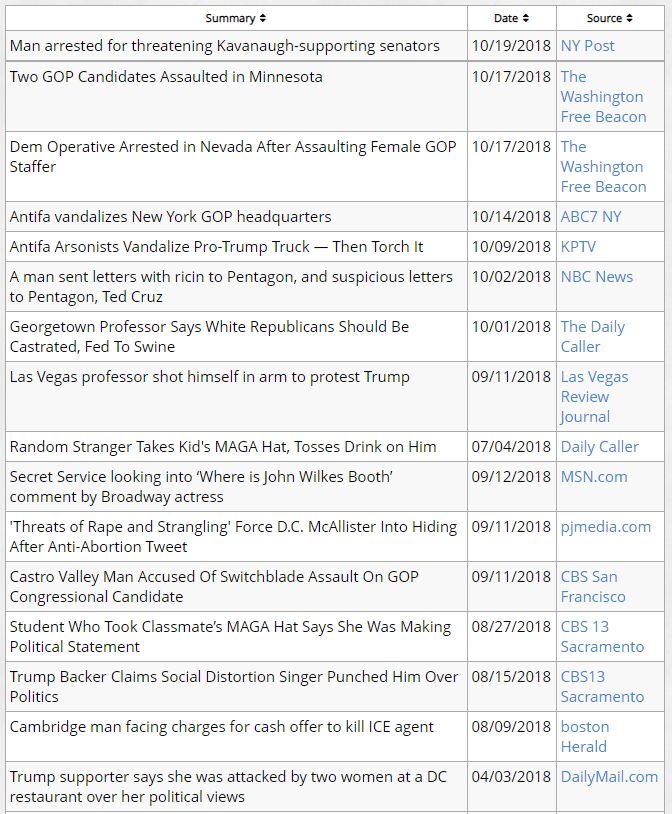 What we’re seeing in the streets, confrontations in restaurants (Sarah Sanders Huckabee and EPA’s Scott Pruitt), homes (Kirstjen Nielsen), and movie theaters (Florida AG Pam Bondi), and the denouncement of free speech on college campuses are reminiscent of Stalinist and Brownshirt tactics that the Leftist media are ignoring

CNN Jeff Zucker is blaming Trump’s rhetoric and criticism of the Press for the pipe “bomb” threats. Sen. Marco Rubio wasn’t having any of it:

“Yes words matter,” Rubio tweeted. “Because freedom of speech allows us to air & settle our disagreements & grievances using words INSTEAD of violence.”

“The 1st Amendment protects press freedom,” he continued, “but it doesn’t bestow immunity from criticism. Criticism & calling people to violence are not the same.” (The Blaze)

Where have Zucker and CNN been when Democrats and their leftist supporters where spewing out some of the vilest rhetoric I’ve ever heard, and I’ve heard a lot of it over the years? It’s only now that CNN has been made a target that there’s outrage and the news stories can be used to help Democrats in the Midterm Elections.