‘Human Infrastructure’ The Progressives’ Plan B For Achieving Socialist Utopia

“Flatlining Government Spending Is The Only Acceptable Approach To Paying For Any Infrastructure Plan.” 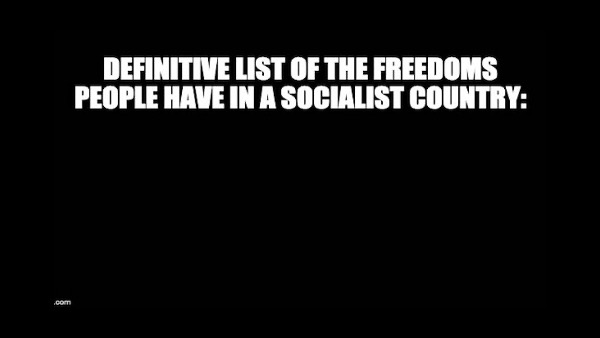 If you’ve had a hard time keeping up with the latest spending bills in Washington in recent weeks, join the club. It seems every day Democrats change their demands and tactics. But one thing has not changed, the progressive wing of the party is bent on imposing their socialist utopia on America.

At Americans for Limited Government (ALG),  our mission is to reduce the size and scope of government to maximize individual freedom. It is our job to know what the government is doing with your money. In recent months, our nation has faced unprecedented threats from Big Tech tyranny, Covid lockdowns, Critical Race Theory, and the Biden border crisis. But we cannot lose sight of the dangers posed by the Progressive’s insatiable demand for more of your money.

As economist Milton Friedman said, “If you put the federal government in charge of the Sahara Desert, in five years there’d be a shortage of sand.”

Democrats have two massive spending bills, both under the guise of infrastructure, one deals more with things such as roads, and bridges, the other deals with what Democrats are calling “human infrastructure,” which includes spending on child care, elder care, and green energy.

The first bill, the one touted by President Biden and a bipartisan group of 10 senators last week as a compromise bill, includes $579 billion in new spending and nearly $400 in expected baseline transportation funding that Congress must regularly renew.

“The other tranche of money dedicates $55 billion for water infrastructure, $65 billion for broadband, and $73 billion for building thousands of miles of new transmission lines intended to speed the transition to renewable energy. There is also $21 billion for environmental remediation of polluted areas and $47 billion for resilience projects to deal with climate change, extreme weather events, and cyberattacks.”

Republican negotiators were able to strip out the “human infrastructure” spending, and as a result, Democrats are demanding that Congress pass a separate, stand-alone bill through a process called budget reconciliation to fund their middle-class welfare state. Democrats expect no GOP support for those provisions, and they will attempt to pass the second package through budget reconciliation, a maneuver that enables legislation to advance via a simple majority.

According to the Washington Post, House Speaker Nancy Pelosi (D-Calif.) signaled her party is not willing to back down in pursuing that spending as part of either infrastructure reform or another future economic package.

“I have no intention of abandoning the rest of my vision,” Pelosi told CNN. “There ain’t no infrastructure bill without the reconciliation bill.”

Murphy, who has been pushing for more funding for climate-focused projects, said if lawmakers aren’t allowed to amend the reconciliation bill to add additional spending requests “there is not a path” for it or the bipartisan infrastructure package.

On the Republican side, Senate Minority Leader Mitch McConnell (R-Ky.) said Monday that he hasn’t yet made a decision on whether to support the infrastructure deal between Biden and the bipartisan group of senators, but that he has concerns about how it’s being paid for.

Sen. Lindsey Graham (R-S.C.), a staunch Trump ally, was among the 11 GOP senators who backed the initial framework for an infrastructure deal, but he has since expressed reluctance about voting for it if Democrats will push through a more partisan reconciliation bill.

Former President Trump on Tuesday chastised Republican senators for engaging with President Biden and the White House in talks for a bipartisan infrastructure deal.

“So sad to see certain RINO Republican Senators go back and forth to the White House and continually get nothing for infrastructure or anything else,” Trump said in a statement, using an acronym for “Republican in name only.” “When will they learn that they are being played with, and used by, the Radical Left — and only bad things can happen.”

According to the Wall Street Journal, Mrs. Pelosi said the House won’t take up the bipartisan agreement until the Senate approves a package through reconciliation. The White House and Democratic leaders want to pass the packages next month, though the reconciliation package, in particular, could require more time and stretch into the fall.

ALG President Rick Manning said his organization opposes all new spending. He’s advising Congress to reject both spending bills if they include any new spending. “Given the massive growth in government spending due to emergency Covid spending, the only approach is to revive bipartisan sequestration rules from 2011 that prohibits the increase in discretionary spending for a minimum of three years, rather than raising taxes.

“If infrastructure is a priority for government spending, then it’s only logical that funds be shifted from other areas, including unspent Covid funds, to meet this priority,” Manning added. “It would be a massive mistake to burden our recovering economy will killer tax increases. Flatlining government spending is the only acceptable approach to paying for any infrastructure plan.”