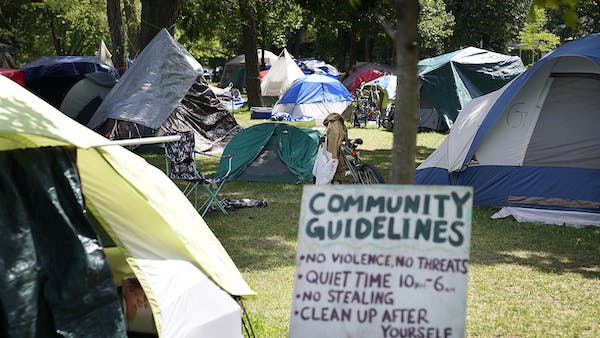 Democrat Public Safety has a different “ring” to it than regular people might think. We’ve seen their view of public safety in Seattle, Portland, and other places where anarchy has erupted. One area in Minnesota is a case in point – Powderhorn Park. Let’s see exactly how ridiculous this “defunding police” became. 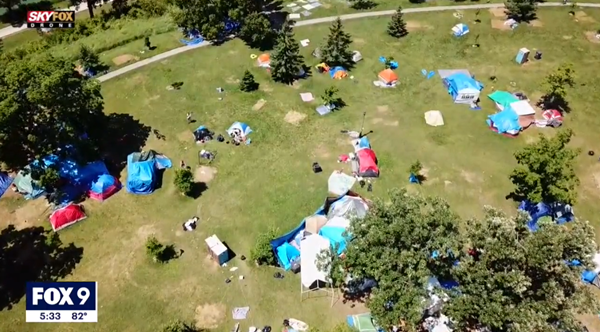 Democrats just want us all to be ‘nicer’ and tolerant, and deal with people one on one. They want us all to just “get along” and “coexist.”  So, in Minneapolis, the Democrats guilt-tripped white folks into not calling the police because City Council President Lisa Bender demanded that they “dismantle white supremacy in all its forms.”

That worked well. Not.

With no police to stop them, the homeless, etc.,  began moving into the Parks and pitching tents. And the rapes and sexual assaults began. Within days after Bender said those words, a juvenile female was assaulted. The parents didn’t call the police when they took her to the hospital.

By July, the encampment grew, and so did the crimes. Three sexual assaults, three shootings (one fatal), and a lawsuit against the park board. Does that sound familiar?

The Minneapolis park board declared all parks “sanctuaries” for the homeless and anyone else.  That was a pure Democrat Public Safety move: not helpful, just dangerous. Enabling behavior doesn’t help solve behavior.

Some folks ignored their ‘whiteness’ and did call the police.

The Powderhorn Park encampment really took off when the Minneapolis Park and Recreation Board of Commissioners declared that the city’s parks were now “sanctuaries” for anyone who wanted to live in them. The resolution cited Governor Walz’s declaration of a “peacetime emergency” which banned removing homeless people from anywhere they wanted to be.

Since then, 38 more Minneapolis parks have been turned into tent cities, and of these, Powderhorn Park is the worst. The park version of CHAZ began with the Black Lives Matter riots after George Floyd’s death when the Sheraton Minneapolis Midtown Hotel was taken over, renamed the Sanctuary Hotel, and filled with homeless vagrants by lefty activists.

The Sheraton was being repatriated from its Indian-American owner by indigenous white lefties and the minority hotel owner had been “confronted with the alternative of evacuating his hotel and having it possibly burned down.”

The lefties quickly grew bored or frightened as the former Sheraton was overrun with “rampant drug use and sales”, piles of garbage and overdoses. There were fights, drug deals, and even a fire in one room. The hotel was cleared and the encampments headed to Powderhorn.

So did the drug dealing, the overdoses, the violence, and the sexual assaults…

…In one day, the Park Police dealt with a sexual assault and a fight over a stolen bicycle that was nearly settled with a hatchet. Another day saw a fight with a crowbar over a tent…

…A park bench in Powderhorn Park had already been set on fire. Twice.

THIS is Democrat Public Safety. The needles, the body fluids, the poop, the crimes, the problem was so egregious that on July 20, the city had to move in to reduce the number of tents in the encampment at East Powderhorn Park, which had about 300 tents. (Fox 9) Those on the West side of the Park can stay for now. 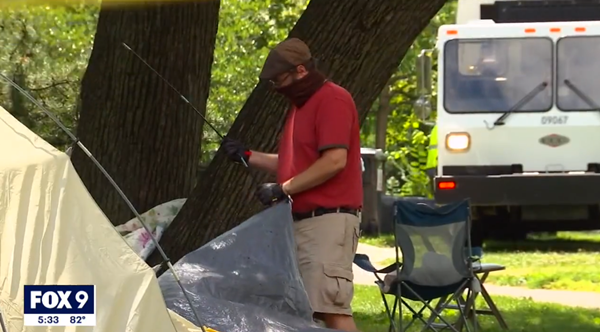 Again, does this sound familiar? One city official even urged people to “get to know the junkies.” Good luck with that. Democrats are totally delusional. They need a hand up, not a handout.

“It feels like something really bad is about to happen every second of the day. And you don’t know what it is. And so every explosion, whether it’s a firework or a gunshot or someone screaming or whatever, you just – I feel chest pain constantly now.” Angelina Rosnik, local resident