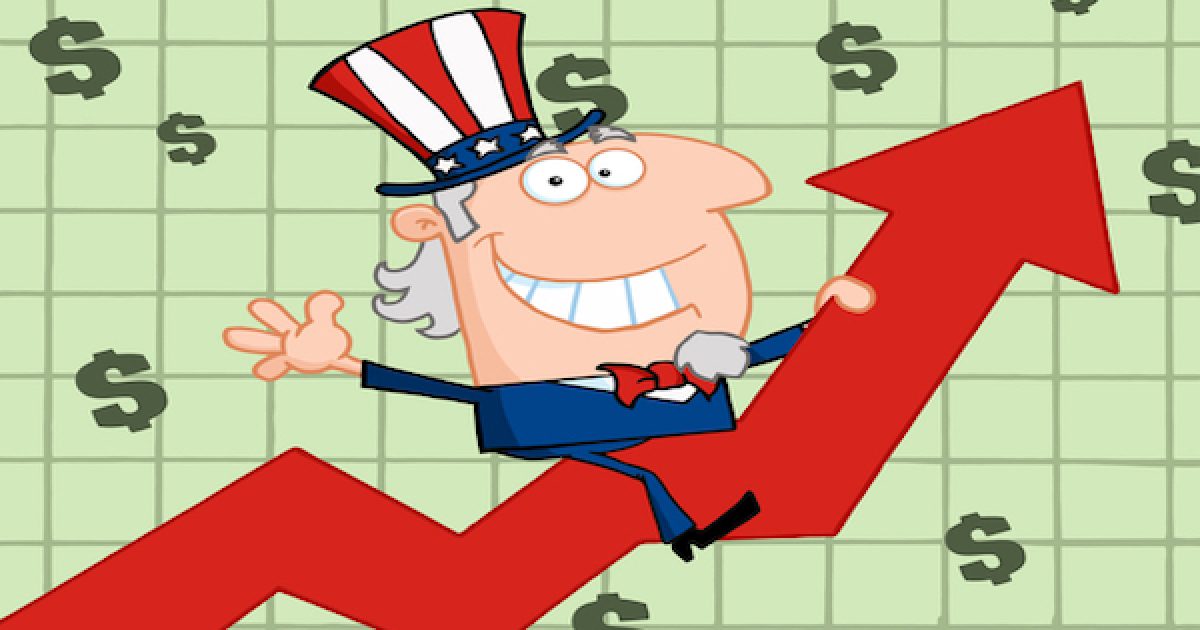 This is what the Democrat Party has come to folks. They take any and every bit of good news, even if it’s quantitative like a good economy and attempt to spin it into bad news.

Just think about it:

President Trump says the violent street gang, MS-13, is evil, even monstrous, and what do Democrats say? Democrats argue that MS-13 are merely misguided people who need love. Some Democrats also say that the evil thugs of MS-13 are better than Republicans (I’m not kidding – there is a whole online trend of leftists crowing about how they’d prefer their children date MS-13 gang members than Republicans).

I found out that some millennials would rather date MS-13 members than Donald Trump supporters.

That’s right, The Daily Caller went out on the town in Washington to find out whether or not our nation’s young people would prefer gang members or people who simply supported the president.

Not only was there a competition, it turns out MS-13 members came out ahead.

The most recent example of this trend of liberals embracing anything that is opposite Trump exposes just how insane they’ve become.

The most recent jobs report and economic numbers have only good things to tell Americans, but you wouldn’t know that by talking to a Democrat.

Here’s some of  the fantastic news from the economic front:

How good is the economy, right now? It’s so good that it’s been almost 20 years since the last time Americans felt this good about their personal economic outlook.

The news has been exceptionally good for young people, minorities, and those who are less-educated than the population in general.

In particular good news, the jobless rate continues to fall for workers with less than a high school diploma (5.4% from 6.2% a year ago) and black Americans (to 5.9% from 7.6%) as 208,000 blacks joined the labor force. Workers age 25 to 34 made up 1.04 million of the 2.58 million jobs added over the last year while those over 55 contributed 1.08 million. Job and wage growth may finally be inducing young people out of their parents’ basements.

All of this fits with the anecdotal news from employers who say they can’t find enough workers. Manufacturers have reported employing high-school students. In Maine where the unemployment rate has dipped to 2.7%—the lowest in more than 40 years—a temp agency has built a thriving business out of hiring and rehabilitating convicted felons who have served their time.

A Chick-fil-A in Sacramento this week said that it would increase worker pay to $17 per hour to reduce employee turnover.  The Journal last week reported that a Colorado company is trying to lure more plumbers by offering craft beer, a putting green and “a lot of Zen.” We’d prefer cash, but we won’t judge millennials.

The economy is doing so well that even the ordinarily far-left New York Times recently ran an article worrying that they’ve run out of words to describe just how awesome the economy is!

From the New York Times:

The real question in analyzing the May jobs numbers released Friday is whether there are enough synonyms for “good” in an online thesaurus to describe them adequately.

So, for example, “splendid” and “excellent” fit the bill. Those are the kinds of terms that are appropriate when the United States economy adds 223,000 jobs in a month, despite being nine years into an expansion, and when the unemployment rate falls to 3.8 percent, a new 18-year low.

“Salubrious,” “salutary” and “healthy” work as words to describe the 0.3 percent rise in average hourly earnings, which are up 2.7 percent over the last year — a nice improvement but also not the kind of sharp increase that might lead the Federal Reserve to rethink its cautious path of interest rate increases.

And a broader definition of unemployment, which includes people who have given up looking for a job out of frustration, fell to 7.6 percent. The jobless rate for African-Americans fell to 5.9 percent, the lowest on record, which we would count as “great.”

If anything, some of the thesaurus offerings don’t really do these numbers justice. But some aspects of the report would be fairly described as “solid,” “decent” or “benign,” such as the uptick in the ratio of the adult population that is employed to 60.4 percent, which only matches its recent high of earlier in the year…

And it continues on like this for another few hundred words.

But none of this matters to Democrat leader Nancy Pelosi (D-CA). The House Minority leader was playing Debbie Downer earlier this week when she sent out this missive to her minions, attempting to explain how a good economy is actually a bad thing.

“May’s jobs report shows that strong employment numbers mean little to the families hit with soaring new costs under the Republicans’ watch,” Pelosi wrote in a statement to supporters Friday…

“Republicans’ cruel, cynical health care sabotage campaign is already spiking families’ premiums by double digits and pushing millions off their coverage, according to the nonpartisan CBO. Big Pharma continues to hoard the benefits of the GOP tax scam, using their handouts to further enrich executives and shareholders instead of lowering prescription drug costs for seniors and sick kids,” Pelosi wrote.

“Democrats know that the American people deserve A Better Deal, with Better Jobs, Better Wages and a Better Future. We are committed to creating millions of new good-paying jobs and raising wages, lowering the soaring cost of living for families and giving every American the tools to succeed in the 21st Century economy,” Pelosi wrote. “Democrats will never stop fighting for the hard-working middle class families who are the backbone of our nation.”

When even the New York Times is forced to admit that things are going really well, shouldn’t Democrats at least be asked to acknowledge reality too?

Why does the media let  Nancy Pelosi and her underlings go on pretending that our nation is on the brink of disaster, when by every possible metric, things are doing really quite well?

At home, the economy is finally picking up steam, after more than a decade of slogging through tedious regulations and government red tape, and nearly everyone is doing better than they were just two short years ago.

So why are the Democrats and their far-left base so angry, and so irrationally focused on their obviously failed policies?