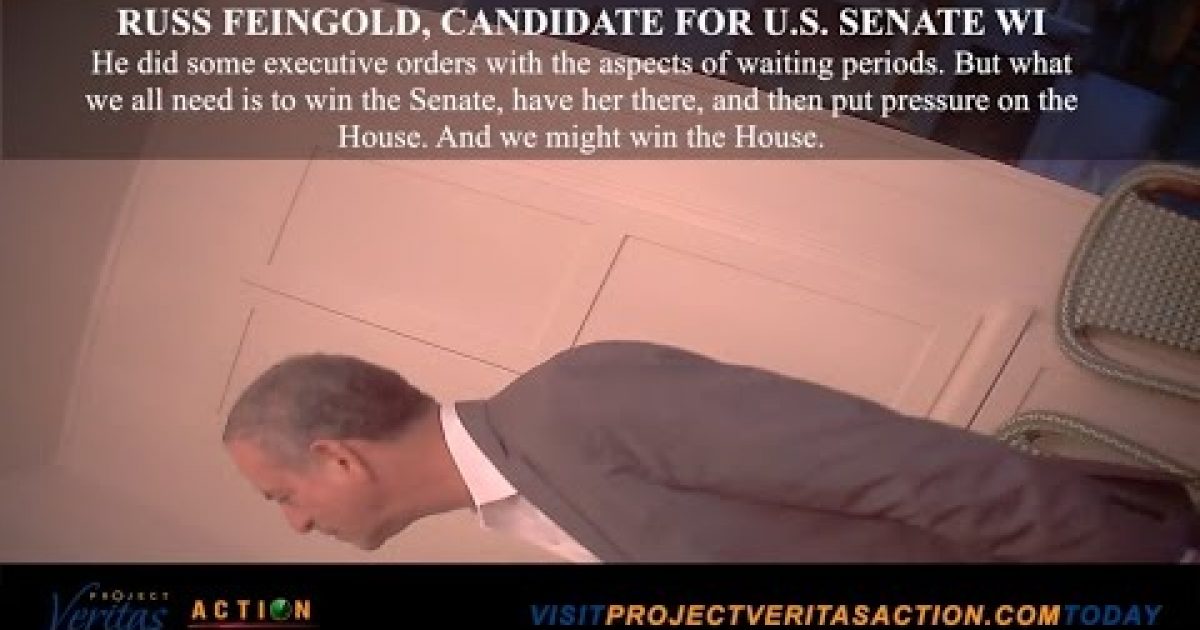 President Barack Obama is the most anti-gun President that has ever held the office, but if Hillary Clinton has her way she’ll soon hold that title. Throughout the primary she used her anti-gun positions as a bludgeon with which to hammer her socialist opponent Bernie Sanders. Sanders has long been a supporter of gun rights (he’s from the very gun-friendly Vermont), but he was forced to shift far to the left in an effort to beat back Clinton’s attacks.

Now that Sanders is out of the way, Clinton is shifting back to the middle to make herself seem more acceptable to the millions of voter who are also gun owners. However, her shift to the middle is nothing but smoke and mirrors. Clinton has no intention of allowing Americans to retain their 2nd Amendment rights, and we know this based on what her closest supporters are saying.

This past week Project Veritas’s James O’Keefe was able to find his way into a Hillary Clinton fundraiser in Palo Alto, California where he asked Clinton confidante and Wisconsin candidate for Senator Russ Feingold (D-WI) what Hillary might do on guns.

James O’Keefe: “If there’s still Republican control in Congress, and if Hillary is elected, is there anything she can do could do to, uh…”

At this point O’Keefe responds in surprise.

James O’Keefe: “Oh, so she can…I know that President Obama…”

Russ Feingold: “He did some executive orders with the aspects of waiting periods. But what we all need is to win the Senate, have her there, and then put pressure on the House. And we might win the House.”

Circling back around on guns as a follow up to the Friday morning discussion: the Today show has indicated they definitely plan to ask [a]bout guns, and so to have the discussion be more of a news event than her previous times discussing guns, we are going to background reporters tonight on a few of the specific proposals she would support as President – universal background checks of course, but also closing the gun show loophole by executive order and imposing manufacturer liability.