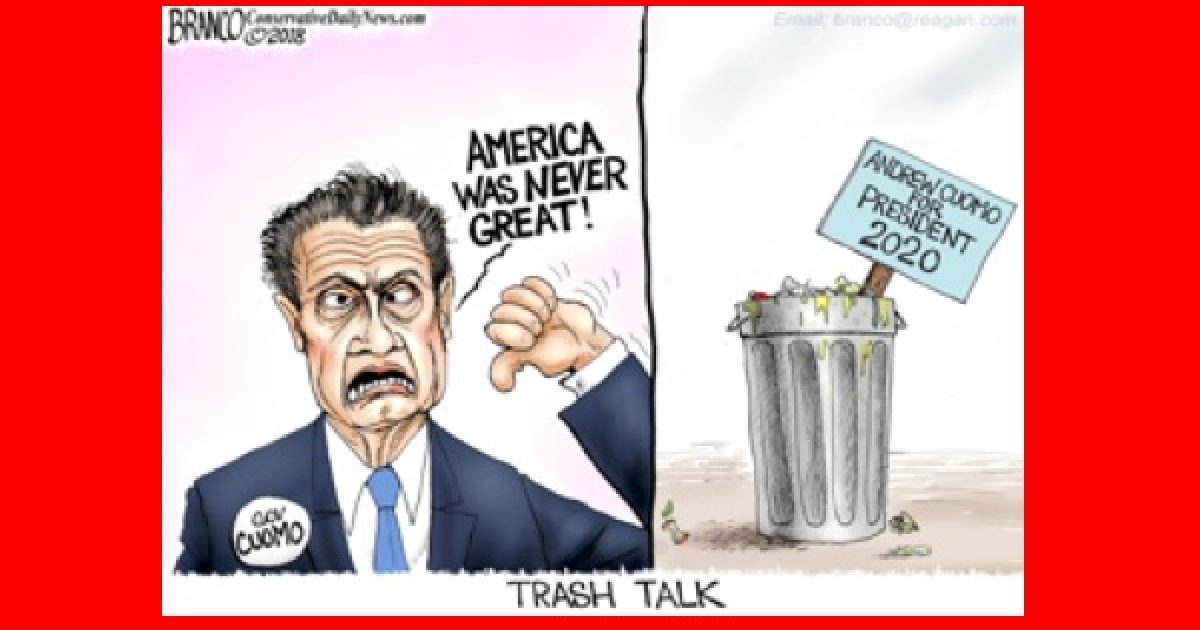 New York Gov. Andrew Cuomo went into overdrive to recant his casual observation that “America was never that great,” but maybe he needn’t have bothered.

A new poll from Rasmussen Reports indicates that a surprisingly high percentage of Democrats share the view that America “was never that great.”

Cuomo recently made those comments to a room full of people at a bill-signing event, drawing audible gasps and awkward laughter from the crowd.

While a vast majority of voters disagree with the anti-American sentiment, one in five Democrats agrees.

21% of #Democrats agree with #Cuomo that “We’re not going to make America great again. It was never that great.” … https://t.co/yNNeu70Wt6 pic.twitter.com/4S88wNsOZw

According to the Rasmussen poll, 67% of all likely voters disagree with Cuomo’s statement, while 17%, in general, agree and another 16% are undecided.

Democrats are clearly weighing the poll down here, as they consistently do with other polls about patriotism, but their mainstream party leaders agree in this case. That is the problem.

In just the last few weeks, contenders for the White House in 2020 have said:

Amazingly, on the heels of his un-American comments, Cuomo accused President Trump of being un-American.

“It’s un-American for this president to be spreading the division among us when it was his job to bring unity to all of us,” the man who once told conservatives to leave his state said.

Trump countered by daring Cuomo to run against him in 2020, a far less likely scenario now that the governor committed political suicide in front of mainstream and independent voters.

“He called me and said I will never run for president against you,” Trump claimed. “But maybe he wants to.”

She accused some in the party of “destroying the very fabric of our country” with their anti-American comments.

It will be interesting to see how that message is received at the polls.