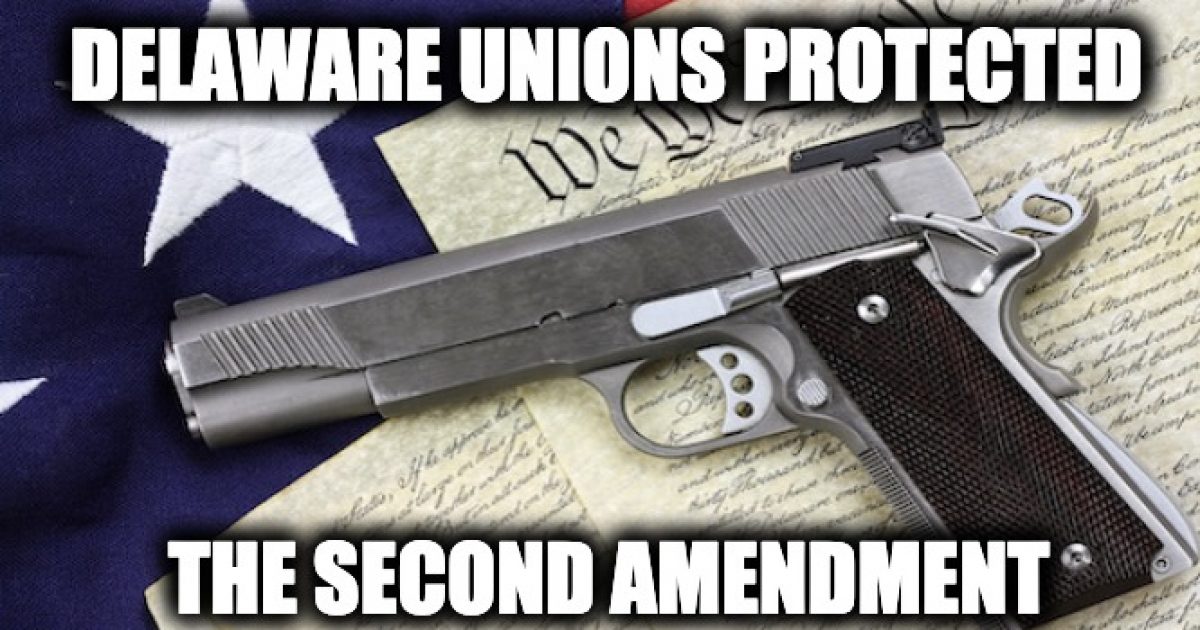 A set of three Delaware gun control bills bit the dust in May, but not from any Republican victory. They failed because of a split between Democrats. Wait, what? It was Union Democrats that split from their own party platform to kill what liberals call “common sense” gun legislation. That doesn’t happen every day.

Opposition from union members, a traditional Democratic constituency in Delaware, likely played a part in sinking the bills.

Gun control advocates were outraged when they learned the bills wouldn’t be released from the Senate Executive Committee for debate and a vote on the Senate floor. The bills had sought to prohibit a variety of semi-automatic firearms classified as “assault weapons,” criminalize magazines capable of holding more than 15 rounds, and establish a permitting process to buy a gun.

Two Democrats on the panel decided not to support the bills’ release to the floor despite the Senate’s top lawmaker promising months ago they would receive a vote before the full Senate.

That lawmaker, President Pro Tempore David McBride, justified his decision by saying the bills didn’t have the votes to pass.

I got a sense that my caucus isn’t interested in doing this. I can tell you that straight up,” the New Castle Democrat explained. “You know, part of my job, I have to read tea leaves around there. And one of the things you do to be successful in this building — you have to learn how to count.

Only five of the Senate Democrat caucus members supported the bills- the other seven did not. And a  meeting recently that talked about the legislation drew upwards of 900 people to oppose the measures. Many of them were union members. Unions are primarily made up of blue collar workers who own guns…and hunt – and want to keep it that way. Unions support Democrats most of the time. This time, their influence split the party and stopped the destruction of the Second Amendment.

Delaware AFL-CIO President James Maravelias posted about the meeting on his Facebook page:

Delaware State News reported that Mr. Maravelias said he hopes his colleagues in organized labor played a role in squashing the bills. But he also doesn’t want members to lose sight of what he said is more important — issues such as minimum wage and worker protections. “Somehow that just gets all blurred when it comes to the gun laws,” he said.

Gun-grabbers accused Democrats of placing too much emphasis on the opinions of “outsiders” in the process. Newsflash – those “outsiders” were the people who voted for the Democrats in control of the Delaware Senate and House. Until the left figures out who is really supposed to be in control of politics, there will always be tension.

It is hoped that this situation will be a wake-up call to Democrats nationwide. You don’t have to walk lock-step after bills that destroy the rights of Americans. Just because a Democrat proposed it, doesn’t mean you have to support it.