The hyper-politicization of our public education system has created a trojan horse for Marxists to hide within, while making a direct attack against our federalist system and foundational values. – Rep. Bob Good 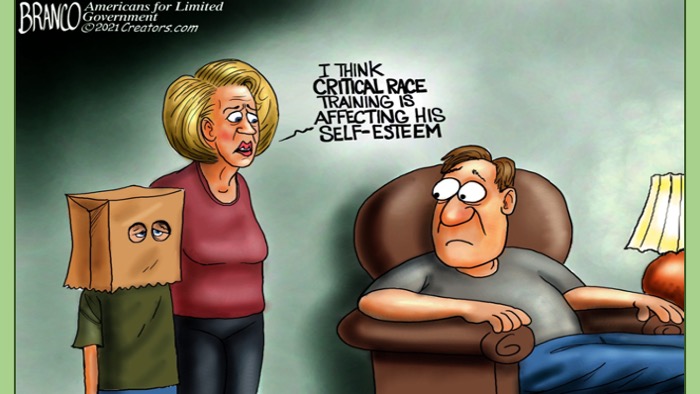 Rep. Bob Good (R-VA) introduced the Defending Students’ Civil Rights Act of 2021 to prohibit the indoctrination of racially divisive curriculum within our nation’s schools. Good’s bill would prohibit the use of Critical Race Theory (CRT) or critical race pedagogy in any program or activity receiving Federal financial assistance. Any attempt to teach or implement critical race theory in federally funded institutions would violate a student’s civil rights, punishable by law.

“Critical Race Theory teaches children that their level of success and achievements in life is determined by the color of their skin. It is morally bankrupt and historically incorrect curriculum. Sadly, more than 5,000 teachers across the United States have signed a petition committing to teach CRT whether it is against the law or not,” Rep. Good said.

“It is my responsibility to constituents, and our children, to hold our educators accountable for what they teach in our schools. As a member of the House Education and Labor Committee in Washington, I have witnessed the Biden Administration and Democrats in Congress adamantly trying to mandate the teaching of CRT ideology in schools, require mask-wearing and vaccinations of students and employees, and force “woke” SOGI [Sexual Orientation and Gender Identity] policies upon our children.”

“CRT curriculum wrongly teaches our children that America is irreparably and systemically racist. Ultimately, state lawmakers should expand school choice to combat CRT and truly empower parents in their children’s education. In the meantime, my bill will act as a check on educators and give a voice to understandably concerned parents.”

CRT is a Marxist attempt to destroy America from within by teaching children that all white will always be oppressors and minorities will always be victims. It asserts that America was established in 1619 when the first slaves arrived in what was then British colonies, rather than in 1776 when the Declaration of Independence was signed by the Founders. The Biden Administration’s priorities for the Department of Education’s American History and Civics Education program promote the 1619 Project’s Critical Race Theory, which directly advocates for discrimination based on a person’s race. President Biden and his administration have been consumed with so-called racial “equity,” which has inevitably led to a more divisive culture in America and even the abandonment of the Southern Border in the name of inclusivity. Critical Race Theory is not limited to our schools.

It is also seeping into other aspects of education and training, such as in the military and the corporate workplace. This curriculum is inherently divisive and claims Americans today are wholly responsible for and affected by the sins of America’s past and will continue to be affected for all future generations.

“My solution to this corruption of our educational institutions is simple: make teaching Critical Race Theory in schools that receive federal funding a violation of the Civil Rights Act of 1964,” said Good.

“It is completely irresponsible for our government to violate the civil rights of our nation’s youth, and that is why I have introduced the Defending Students’ Civil Rights Act of 2021. The hyper-politicization of our public education system has created a trojan horse for Marxists to hide within while making a direct attack against our federalist system and foundational values. Our posterity must be taught a historically accurate curriculum that acknowledges our faults as well as our achievements as a nation.”

Americans for Limited Government President Rick Manning backs the legislation, noting that it is not the role of the government to fund or promote partisan political movements.

“CRT is part of a larger political agenda aimed at destroying our country,” Manning said. “These people aren’t just trying to rewrite history. They want to turn America into a communist state modeled after failed authoritarian regimes like the former Soviet Union, Cuba, and Venezuela.”