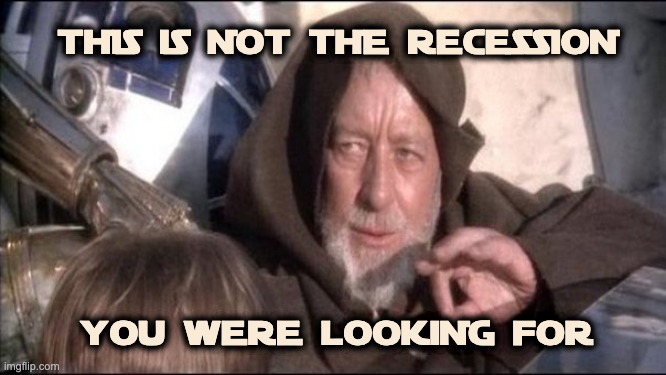 The new GDP number will be released later this week. Traditionally a recession is defined as a fall in GDP in two successive quarters. The US economy shrank in the first quarter of 2022. This means that if the second quarter number shows a second straight economic contraction, the United States will be in a recession—maybe. It seems that Team Biden is looking to change the definition of recession.

Perhaps to reverse the slide toward a red wave in the midterms, the President and his team are signaling they are trying to change the recession definition. This way, they can tell the voter all is well in the economy:

“The technical definition [of a recession] is not two negative quarters,” insisted Biden economist Brian Deese on Monday, citing the National Bureau of Economic Research’s broader characterization: “a significant decline in economic activity that is spread across the economy and that lasts more than a few months.” A White House blog post made a similar argument.

Biden uses the large number of people returning to work post-covid is why two-quarters of contraction will not be called a recession.

The president himself said, “We’re not going to be in a recession, in my view,” speaking to reporters Monday. He commented after a virtual meeting with corporate leaders to discuss a continuing shortage of semiconductors.

“My hope is we go from this rapid growth to steady growth,” Biden said while noting that the US unemployment rate of 3.6% is historically low.

Even the White House Council of Economic Advisers is fudging the definition of a recession.”

What is a recession? While some maintain that two consecutive quarters of falling real GDP constitute a recession, that is neither the official definition nor the way economists evaluate the state of the business cycle. Instead, both official determinations of recessions and economists’ assessment of economic activity are based on a holistic look at the data—including the labor market, consumer and business spending, industrial production, and incomes. Based on these data, it is unlikely that the decline in GDP in the first quarter of this year—even if followed by another GDP decline in the second quarter—indicates a recession.

The White House is so very busy dealing with other crises to spend time redefining a recession. Therefore being a good American, I decided to help with a few ideas that fit  their idea of getting Americans to forget they can’t afford to put gas in their tank and/or put food on their table: