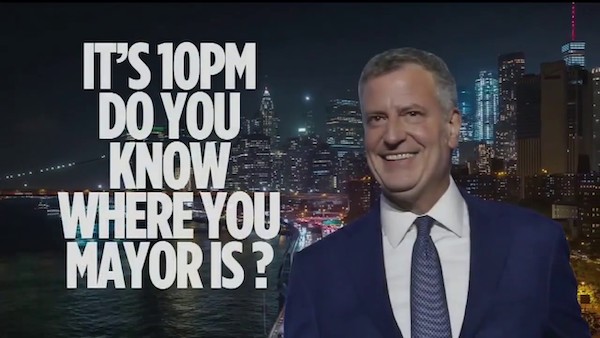 The absentee Mayor has worn out his welcome in NYC. Crowds are now officially calling for him to get out of Dodge. DeBlasio resign

It hasn’t been a good week for Bill DeBlasio. They probably liked him better back in May 2019 when he was too busy deluding himself that he could be President to show up for work as Mayor. He did less harm then.

DeBlasio hasn’t exactly been covering himself in glory, lately.

He’s still stinging from his terrible management of the Wuhan Coronavirus health crisis in NYC. (He and Cuomo both have much to answer for on that score.) The fact that he seems to have been singling out Jewish (and to a lesser extent, Christian) groups for special condemnation and enforcement has not escaped notice.

His own daughter got arrested while running with the crowd who’s been so busily tearing up the Big Apple. NY Riots: Two NY Lawyers Firebombed A Police Car And The Mayor’s Daughter Got Arrested, Too 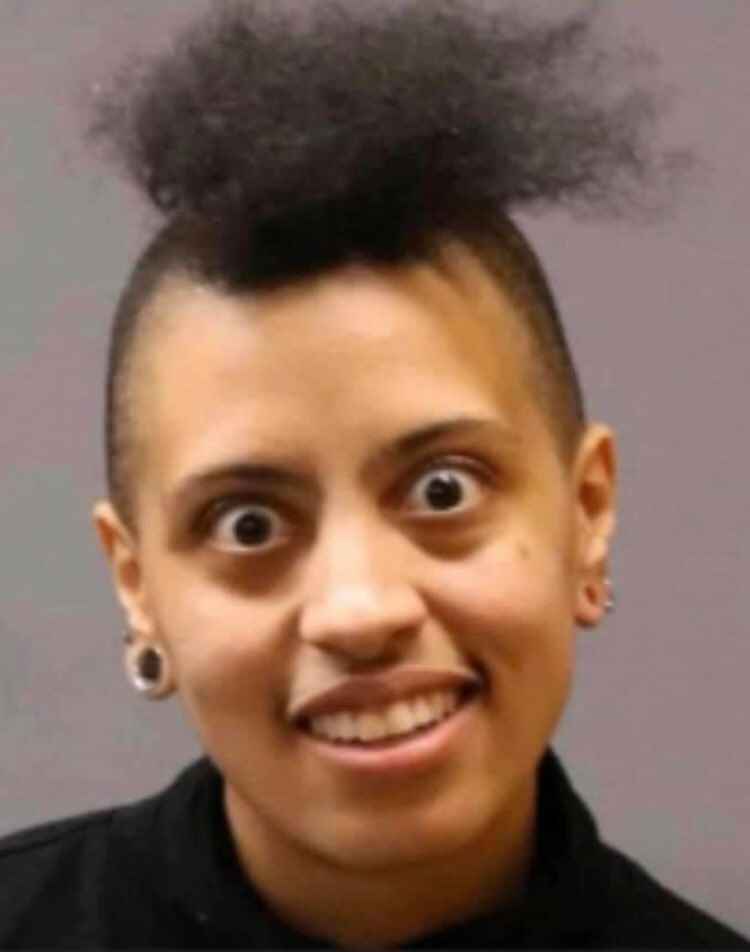 The Mayor praised his daughter for getting arrested, “She wants to see a better and more peaceful world. She believes a lot of change is needed. I’m proud of her that she cares so much and she was willing to go out there and do something about it.”

He mishandled the riots as badly as he has mishandled everything else.

He sent cops out to meet a mob, without proper protection. And the cops called him out for it.

Make NO Mistake DeBlasio! Lasts nights riots were NOT the fault of the NYPD. Your comments fuel more attacks just like when you got Ramos & Liu assassinated. You sent cops out without helmets & batons. This is the result. Maybe you need to stand in front of the NYPD at a protest. https://t.co/q1E9gXtQSC pic.twitter.com/cAKNbKh5aU

On June 2, head of the NYPD SBA (Sergeants Association) Ed Mullins called on President Trump to send federal personnel because de Blasio is “not letting them do their jobs.”

Hey @NYGovCuomo Time to take over #NYC if #DeBlasio can’t or won’t stop the riots! @NYCMayor must stop this, resign, or be removed! This is revolution! This is war! This is NOT a protest any longer! Investigate! Act! Protect us! Mario wouldn’t let this happen! @WVOXRADIO @am970

Well spoken — a total political failure, too! It was astonishing how quickly, and thoroughly, de Blasio turned his back on the movements, and people, who elected him, but what's happening now is on a whole other level. Can't trust him at all. I think it's time #deBlasioResign ? https://t.co/QGf1gxONq1

#DeBlasio
NYC mayor must resign. He will turn the city back to david dinkins times of violence and unrest.

New York City is OUT OF CONTROL. Bill de Blasio needs to institute a curfew, bring in the National Guard on every street or resign in shame and have someone do the job that must be done. pic.twitter.com/2WcEdAA0kw

It’s obvious that New York City’s patience is wearing thin. Especially now that they are seeing beloved city landmarks like Macy’s get swarmed and gutted by two-bit criminals. Hopefully, they will be able to fix up the store before the Thanksgiving parade. 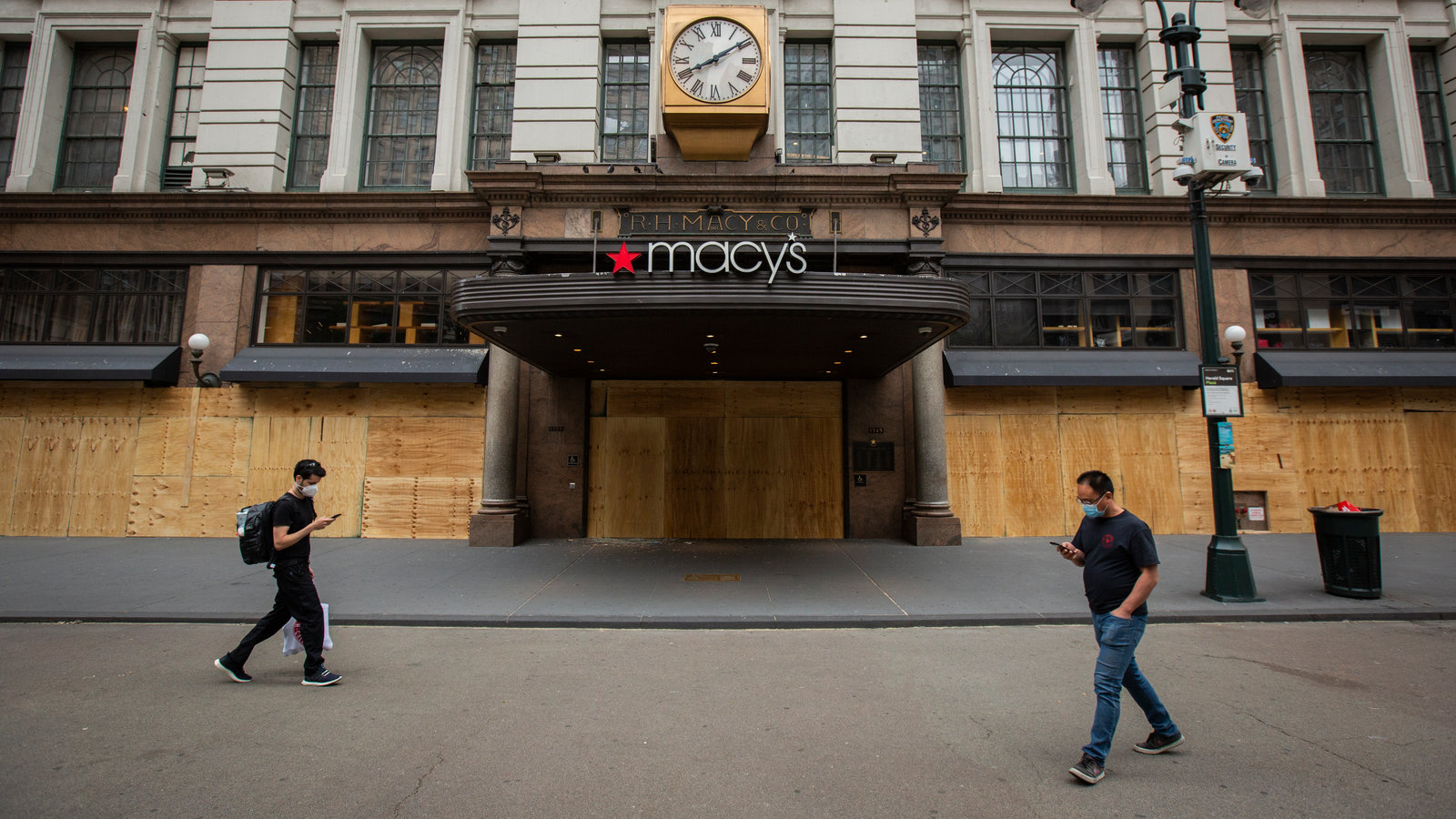 Rioters also went downtown to SOHO where they trashed stores and got themselves some “free” computers from Microsoft. 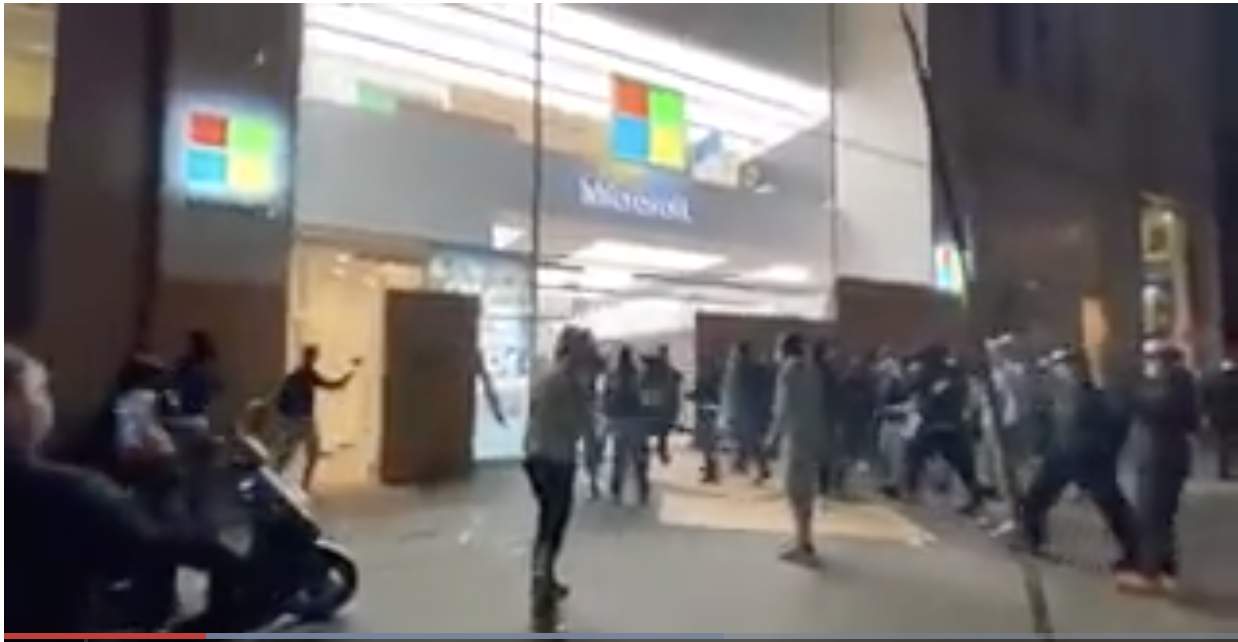 The Mayor publicly denounced one of his cops for drawing his gun. DeBlasio called for the cop’s badge without bothering to find out the context — namely that he was coming to the defense of another officer who had been hit with a brick…

BREAKING: After @NYCMayor called for his badge, it appears NYPD cop only drew his gun after his supervisor was attacked with a brick pic.twitter.com/rIl3iJOhuK

… New Yorkers, didn’t think the cop should resign, instead of on Tuesday night the crowd started chanting with one voice and for one purpose: “De Blasio resign”.

Isn’t it great that after two months of the CoronaVirus lock down, and a week of rioting, America’s largest city can unite with a singular message?

Almost enough to bring a tear to your eye.