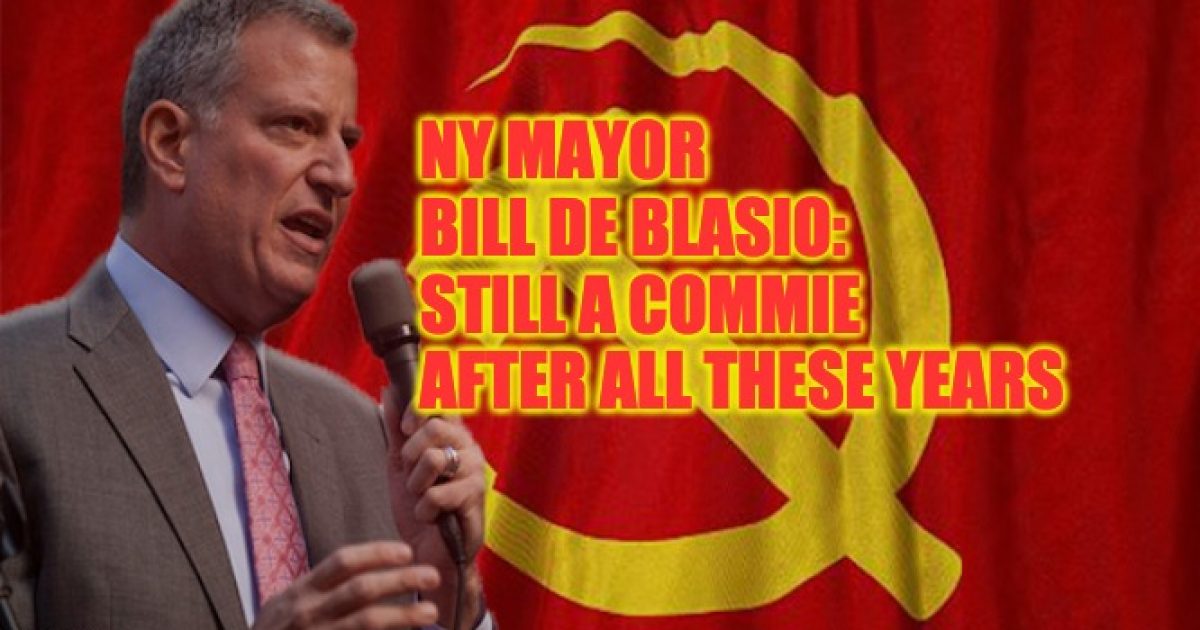 As far as New York Mayor Bill de Blasio is concerned, the U.S. government MUST take money away from people he doesn’t like to start “actual redistribution” to those he thinks need it.

The New Yorker was actually talking about wealth confiscation.

What could be more un-American? Well maybe being so anti-cop that your own police force turns their backs to you when you speak, but that would be de Blasio also.

De Blasio made his comments in a talk about slavery reparations during a visit to Las Vegas last Friday.

“There’s no question that the issue of reparations has to be taken seriously,” said de Blasio, whose Vegas area barnstorming continues today, stating a clear, public position on the topic for the first time.

“I do believe the way to do it is to form a very public commission and say, ‘What is the way to address this problem once and for all?’”

But the communist mayor went even farther than mere slave reparations and said that we should actually just be confiscating the wealth of people he doesn’t like.

The un-American New Yorker added that there needs to be a “bigger discussion about income inequality and oppression of other groups including Latinos, Native Americans, Asian, and women.”

“I think a program of actual redistribution which includes much heavier taxes on the wealthy,” he said.

“The ultimate resolution has to be profoundly economic,” de Blasio said.

Notice the vast audience that came to see him: “…he said to the approximately 35 attendees.” Gee whiz ain’t he popular.

35 people. That’s the total amount who cared to hear what de Blasio had to say.

And I’ll bet at least 10 were his own staffers and/or security. And this was an attempt to scout out a possible presidential run.

Time Sit down and shut up, Billy. Thirty-five fans won’t get you the nomination. No one cares about your blathering. Not even your fellow commie-crats. And certainly not NYC heroes in blue, America’s Finest.