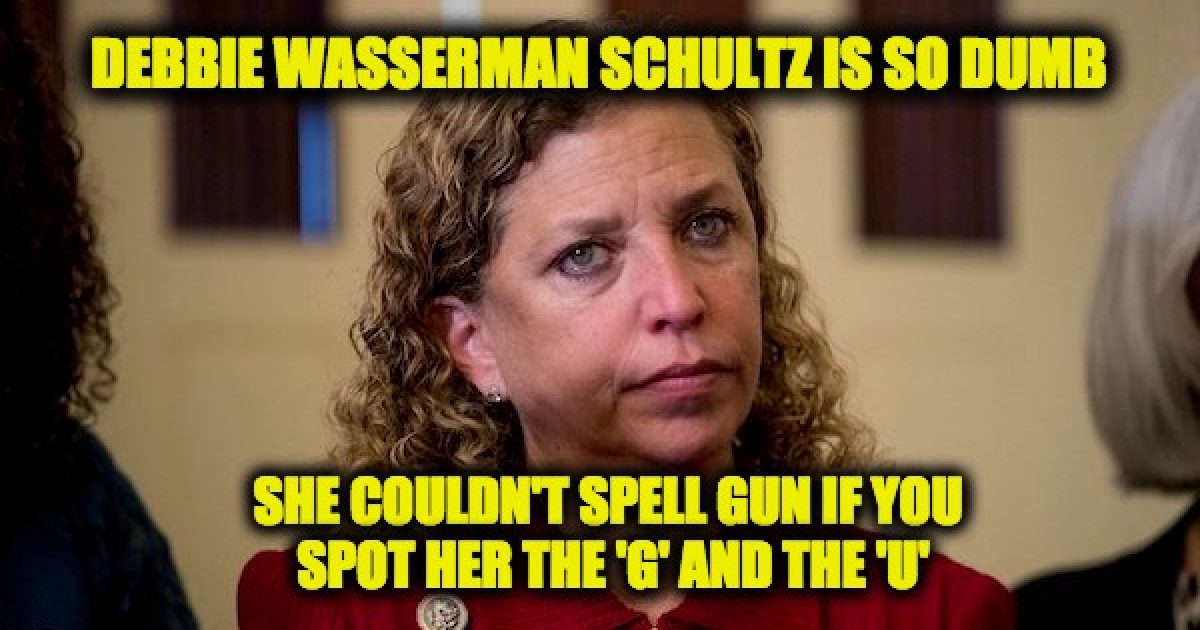 Never known for having a sharp mind (or any mind at all), while appearing on CNN Thursday, Rep. Debbie Wasserman Schultz(D-Fla) said she wants to ban a gun accessory that doesn’t exist, the Daily Caller reported.

She started by saying that “military-style weapons” — an apparent reference to the AR-15 — should only be available to the military and not civilians, and then pivoted to talk about magazines, Amber Athey said.

Congress, she said, should be “making sure that we don’t have high-capacity, rapid-fire magazines that allow mass killing and whose primary purpose is to achieve that.”

Of course, there’s no such thing as a “rapid-fire magazine,” but facts don’t seem to matter to the anti-gun left.

In case this isn’t clear, there’s no such thing as a “rapid-fire magazine.” The magazine has no affect on the rate of fire.

“We need to ban rapid-fire magazines.”

Okay. As long as we we get to ban bolt-action books too.

Good question. As we reported earlier, a retired general actually referred to something called “full semi-automatic” rate of fire…

Do these delusional sub-logical leftistdem idiots know anything about weapons. Once again they make absurd remarks about guns! https://t.co/jd9i28mc3Z

No, they don’t know anything about these weapons, but they sure do want to ban them…

These are the people that make the laws! They don’t even know what they are trying to ban! Also didn’t #Wasserman rig the DNC primary for HRC? Why is she even in office?
Wasserman Schultz Wants To Ban ‘High Capacity, Rapid-Fire Magazines’ https://t.co/slNkZR1AR0

Congresswomen who have no knowledge of guns should not be allowed to vote on gun legislation.https://t.co/onkBfYHHI0

Several Twitter users wanted to know if CNN corrected her:

I am 100% sure no one at CNN corrected her allowing this banana to be sold. #FactsFirst amirite @brianstelter https://t.co/Vlg57JBIVe

It’d be one thing if this were just Debbie Wasserman Schultz babbling incoherently to herself. But CNN’s giving her a platform to spread her B.S. And there are people out there who will actually believe it.

And if that’s not scary sounding enough wait until she mentions the nuclear-powered chainsaw bayonet attachment! https://t.co/xpKgbYFSZm

Perhaps people are giving Rep. Debbie Wasserman Schultz too much credit. What if when she mentioned magazines she was talking about reading material? Something like the below for instance: 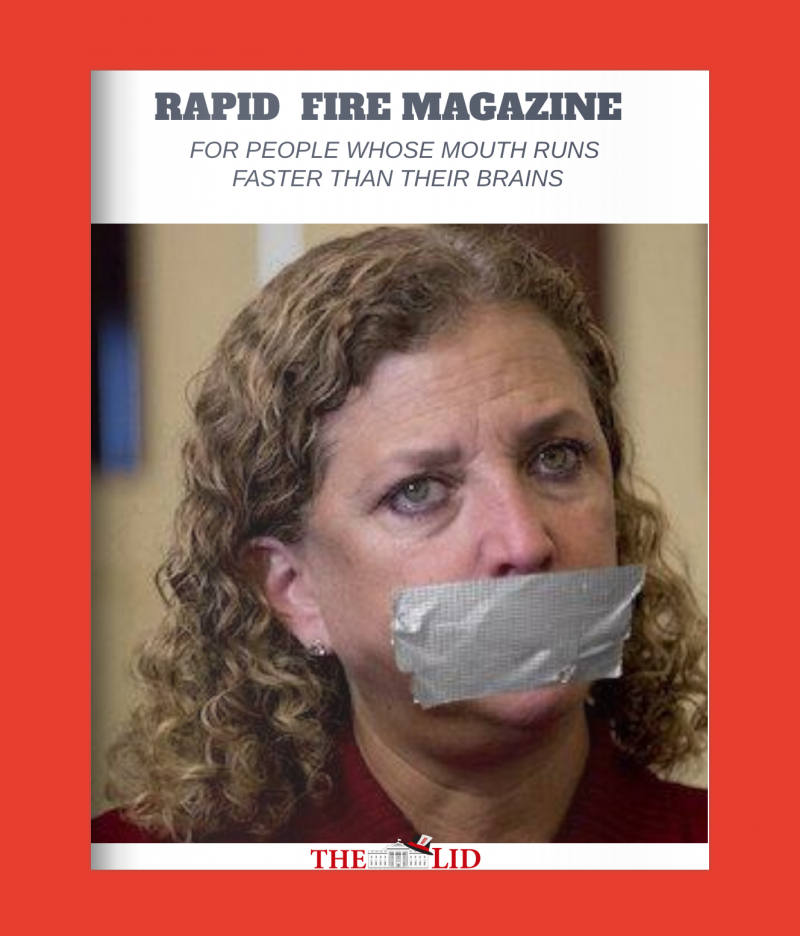 Indeed…  But this is a fine example of the quality of legislators who are making laws today.

Video of her claim can be seen below