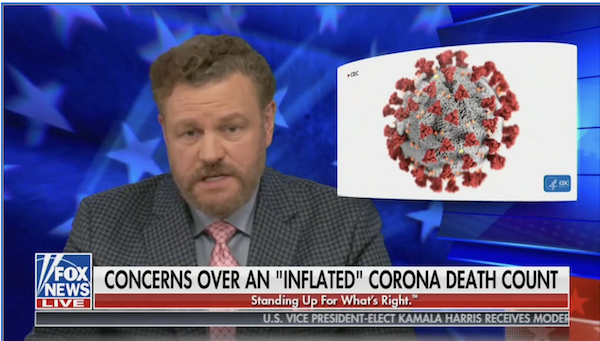 According to health “experts,” whose credibility as a group is rapidly declining, 70% of Americans will need to receive the COVID vaccine for herd immunity to take place. The numbers of people who have agreed to take the vaccine have been steadily increasing, but not nearly by large enough margins to ensure the population will be safe. Half of all New Yorkers, for example, have vowed to keep their sleeves unrolled, while a whopping 58% of blacks nationwide have said they’ll skip the shot. death audit

Perhaps the situation wouldn’t be so grim if the authorities and politicians hadn’t politicized the disease and protections against it or lectured us. If leaders across the nation had strongly urged Americans to wear face masks rather than punish them if they didn’t, there might be a greater degree of cooperation and fewer infections.

Instead, the public has been treated to one lie after another from the people we should be able to count on. Two Minnesota state legislators have reacted to one of the most vicious lies to come along — blaming non-COVID deaths on the virus — to demand that a national audit.

Commentator Mark Steyn, sitting in for Fox News Channel’s Tucker Carlson, interviewed the two legislators. A video of the interview and transcript follows.

Mark Steyn: According to the official statistics, more than 330,000 Americans have died of coronavirus this year, but not everyone thinks that number is credible. Here’s the Grand County Colorado coroner explaining that some COVID victims also suffered from gunshot wounds.

Voiceover: It’s the first time the coroner Brenda Bockner has felt so frustrated by a cause of death.

Voiceover: When the state listed the gunshot victims as dying with COVID.

Steyn: So their underlying condition is they had three bullets in their chest. Now some state legislators in Minnesota who examined thousands of death certificates in their state say COVID deaths might have been overestimated by 40%. State Representative Mary Franson and state senator Scott Jensen are now calling for a national COVID audit, and they join us. Mary, you uncovered some fairly bizarre alleged COVID deaths, including a person who was thrown from an automobile in a car accident, but somehow that wound up as a COVID death.

Mary Franson: Yes. What it took were some concerned citizens. Mind you, we’ve heard these stories, this is what I think is happening, but some concerned citizens went through the data practice route and requested those data files. They paid for them, passed them on into my hands for me to take a look at and see what they were seeing — and there was a lot of data there, so I enlisted some people that are really good at understanding data — to go through those death files and what I found it was shocking because I was just hoping that it was a myth, but indeed, Minnesota is classifying some deaths as COVID when clearly, they should not be. We cannot have people dying in more vehicle collisions, suicides, drownings, et cetera, and being classified as a COVID death. Our state is locked down. Our kids are now going to have to wear masks while playing basketball and hockey. Restaurants are shut down. We can eat at a restaurant, but it’s got to be outside. Today in Minnesota, we got a blizzard. People are losing their livelihoods. We have the greatest transfer of wealth taking place right now, and we need an audit.

Cross Posted with The Mental Recession