But I Thought It Was A Sanctuary City? 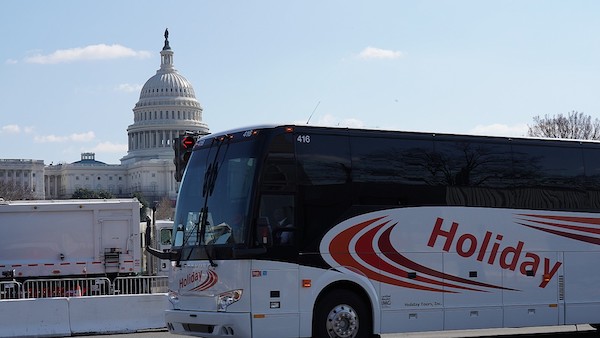 DC is a border town

Well, it looks like they’re finally getting it. It appears that after finally coming face to face with the challenges within the current lax immigration policies that our nation is operating under, the Democrats are beginning to understand that it’s time for a change.

The first trickle through the dam of political obstinance comes to us from Washington DC, where a local lawmaker complained that bused-to-the-Beltway migrants were turning the nation’s capital into a “border town.”

“So it’s been said, but it’s worth reiterating, that the governors of Texas and Arizona have created this crisis,” Nadeau said on Thursday as the governors have sent migrant buses to Mayor Muriel Bowser’s (D) D.C.

“And the federal government has not stepped up to assist the District of Columbia,” she continued, as President Biden’s Pentagon has rejected requests to activate the National Guard to assist the nation’s capital.

Hey, Brianne, try to live on the border for a few days. Maybe you will send some of your law enforcement officers down to Texas and Arizona. Trust me, they have more than a few busloads.

But then, in a tacit admission that Brianne Nadeau probably didn’t even realize that she made:

“So we, along with our regional partners, will do what we’ve always done. We’ll rise to the occasion. We’ve learned from border towns like El Paso and Brownsville. And in many ways, the governors of Texas and Arizona have turned us into a border town,” Nadeau lamented. “We don’t know how long this will take to resolve.

“We don’t know how long they will continue busing, and so the right thing to do here is to be prepared to ensure we can greet every bus, we can get people off on the right foot, we can get them where they want to go, and that will ultimately help them in their immigration process,” she added.

As we look to unpack precisely what “turn us into a border town” means, it becomes evident that the Democrats are beginning to understand that promoting the legal naturalization process is a far more effective solution than a free-for-all entry situation.

DC is a border town