David Hogg’s Demands Pelosi: ‘Move The F*** Off The Plate And Let Us Take Control’ 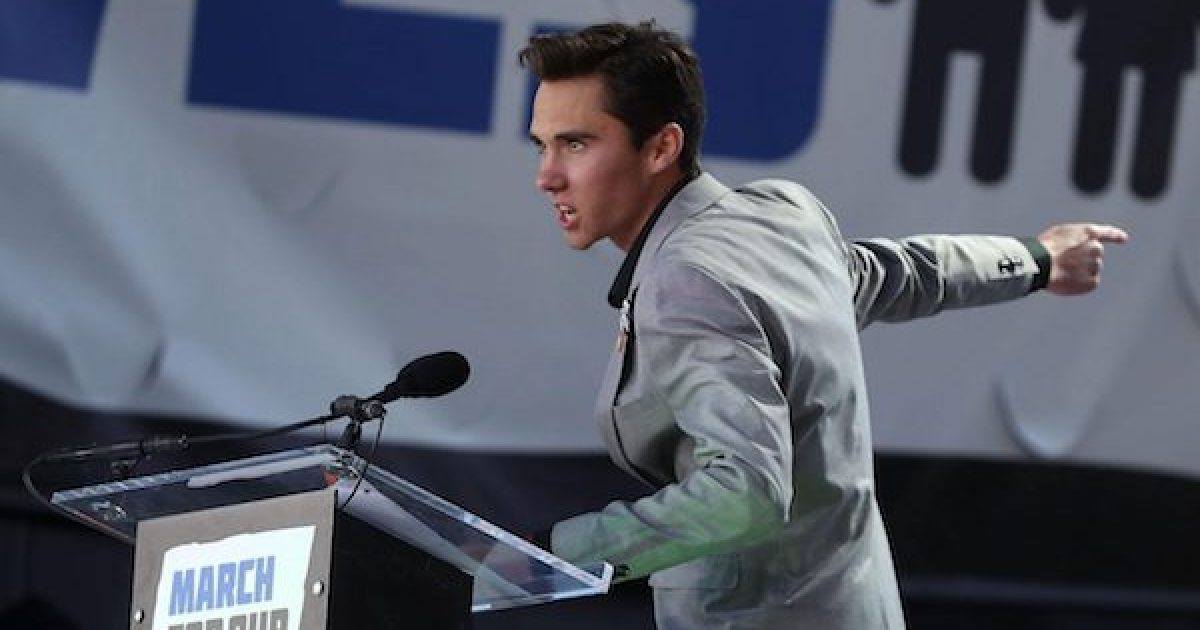 In an interview published by NYMag, David Hogg, the anti-gun teen demagogue once dubbed the “king of the snowflakes” on Twitter, demanded that “old” Democrats like House Minority Leader Nancy Pelosi, D-Calif., step aside and let him and others like him “take control.”

“Nancy Pelosi is old,” he said in the interview. “Older Democrats just won’t move the f*** off the plate and let us take control.”

In the past five months, Hogg has developed political opinions on just about everything. He is against charter schools and for universal health care. He is obsessed with Mueller’s investigation and especially the indictment of Maria Butina, the alleged Russian spy who infiltrated the NRA. He believes that Alexandria Ocasio-Cortez is “a future president of the United States.” He is interested in the idea of placing age limits on politicians. “The reason Republicans are successful right now is because they’re empowering young people,” he told me, pointing out that Paul Ryan was 45 when he became Speaker of the House. “Older Democrats just won’t move the f*ck off the plate and let us take control. Nancy Pelosi is old.” I am old enough to be Hogg’s mother, and pushed back on the idea that age equals ineptitude. Later, he posted a survey on Twitter. “I had an interesting conversation today when the question of congressional age limits came up. Do you think there should be an age limit on congressmen, congresswomen, and congressthem?” Of more than 33,000 votes, 59 percent said yes.

Mind you, we don’t support Pelosi — far from it — but if any conservative had said something like this about Pelosi, he or she would be instantly castigated as an ageist and sexist bigot.

Hogg went on to attack Bernie Sanders in the interview for being “terrible on guns,” and slammed former President Barack Obama for increasing “drone warfare” and killing “a lot of civilians.”

Pelosi has faced mounting pressure over the last couple of years after the Democrats have lost a significant amount of power nationwide while she has held a top leadership position.

Rep. Joe Crowley (D-NY) was expected to challenge Pelosi after the 2018 midterms but lost in a stunning upset to 28-year-old bartender-turned-politician Alexandria Ocasio-Cortez.

It’s not the first time that Hogg has engaged in this kind of profane bigotry as we reported here.  In an interview with The Outline, Hogg said his parent’s generation is incompetent, declaring, “our parents don’t know how to use a f***ing democracy, so we have to.”

Miller’s interview, however, does gives us a fascinating look at who Hogg really is, and it’s quite an eye-opener:

Hogg frequently uses the word narcissistic in reference to himself. When Kevin was diagnosed with Parkinson’s disease and chose to retire and move the family to Florida, with its lower cost of living, David threw a massive fit, refusing at first to go at all — “Screaming up the stairs,” according to Lauren, “ ‘I don’t want to move to Florida! I’m not moving!’ ” — and then capitulating finally but with numerous demands: a new computer, his pick of bedrooms and paint colors. He showed up at Stoneman Douglas in the middle of ninth grade, acting like he already knew everything. He rejected the girls who liked him and looked down on those who didn’t. “He always was an attempter,” says Deitsch, who was running the TV-production club. “He would attempt to be great. He would come into TV production like he was the president, and I’d be like, ‘Sir, I’m in charge here.’ ”

And it seems that Hogg isn’t going away anytime soon.  According to Miller, Hogg is working on a seven-year plan, which includes working in the 2020 presidential campaign.

The Schaftlein Report | Unseal the Affidavit
Flag And Cross

Billions Would Die in Even ‘Limited’ Nuclear War
Flag And Cross