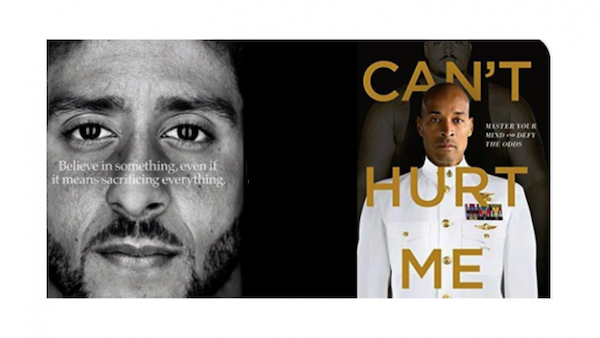 Retired Navy SEAL David Goggins is often called “The Toughest Man Alive.” He has some things to say about Colin Kaepernick that should knock some sense into people who protest the flag because of “racism.” In a new video from Uncle Sam’s Misguided Children, you can see the stark contrast between a person who spends most of his time complaining and a man who overcame all barriers in his life

Colin Kaepernick began his journey to fame by kneeling during the National Anthem at an NFL football game in 2016. A man who never accomplished anything of significance became the poster child for NIKE shoes. And lost his place in the NFL. Nobody wants him. He couldn’t even show up for football practice when one team decided to give him a chance.  Instead of facing the challenge like a real man, he whined, blaming racism and everything thing except his own flawed responses.

Let’s contrast that with the “Toughest Man Alive” – retired Navy SEAL David Goggins (connectingVets.com). How did he get that nickname? By being the only member of the armed forces at the time to complete the Basic Underwater Demolition/SEAL (BUD/s) course (including going through Hell Week three times), U.S. Army Ranger School (where he graduated as honor man), and Air Force tactical air controller training. 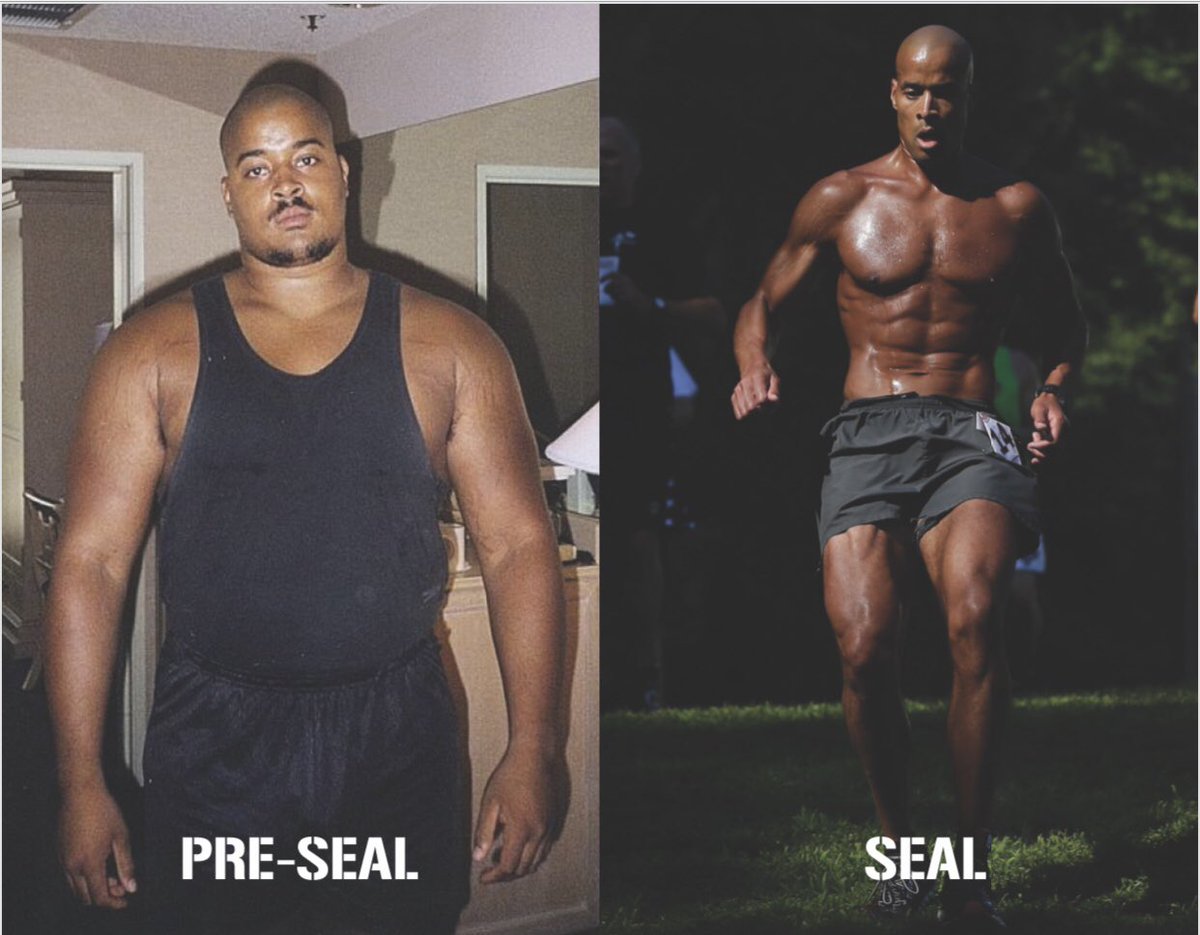 He refuses to blame anyone else and admits his weaknesses. He fights through some of the most challenging circumstances and never gives up. He is the author of “Can’t Hurt Me.”  He has run over 60 Ultra-marathons (over 100 miles) and holds the Guinness World Record for pull-ups: 4,030 in 17 hours.

But it was his staying power in Hell Week that earned him respect. He failed the first time, then again the second time, but in spite of a fractured knee cap and sickle cell disease…he fought on to win that third time. He earned his Trident on August 11, 2001, just one month before 9-11.

Goggins deployed to Iraq with SEAL Team 5 right after  9-11 and served as a SEAL training instructor.

He learned of the operation Red Wings, and the 12 Navy SEALS killed and wanted to raise money for their families.  He knew every single SEAL personally that was involved. He decided that running races was a way to make money for them. What he didn’t know was that he picked one of the most challenging races on the planet to start: The Badwater 135 — 135  grueling miles. He had to qualify for that race, so he ran a 100-mile race to do so. Hard? Yes. But he overcame the pain and accomplished it.

He also has no regrets about the military, and has advice for other SEALS:

“Go back to Boot Camp in your mind. Boot Camp sucks — SEAL training sucks — but you know what? That’s what makes you good… It’s like a muscle — if you stop going to the gym or stop running, you get weak. The military teaches you these great values, but we don’t keep up the discipline on our own and we lose it. So wherever you go, keep that discipline up.” David Goggins

He overcame his own physical limitations to push beyond them. While Colin Kaepernick whines about people hurting his feelings, David Goggins says, “Can’t Hurt Me.” The Navy SEAL veteran reaches inside himself to find the courage and inner strength to move forward. Kaepernick is a zero – Goggins is a hero.