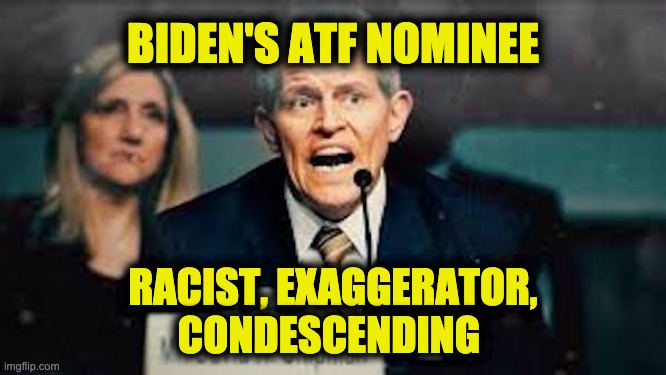 We’ve written previously on the nomination of David Chipman for ATF Director and what a danger that would be for legal gun owners. Now there is a new problem for David Chipman: the National African American Gun Association and the National Sheriff’s Association. They believe his nomination for Director is counterproductive to the Second Amendment.

Accusations of Racism
The African-American population has been one of the fastest-growing demographics of gun owners, second only to Asian-Americans. The problem for David Chipman is his alleged attitude toward Blacks. 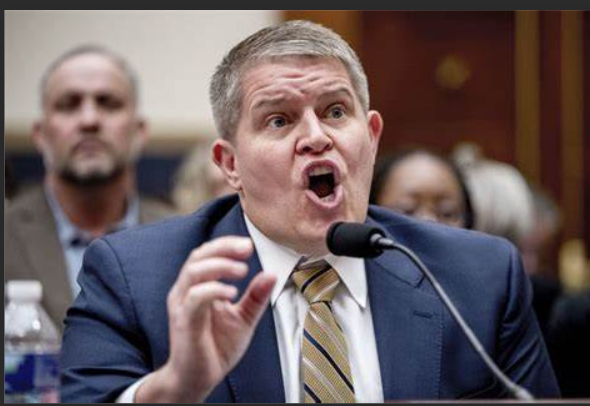 Senators weighing David Chipman’s confirmation for ATF director must not vote on this nominee until he releases his personnel records and answers questions concerning allegations in Equal Opportunity Commission (EEOC) complaints. These complaints, filed by ATF agents in 2007, assert that he made racist remarks about co-workers he now wants to lead.

Specifically, Tom Jones, president of the American Accountability Foundation, says he personally spoke with one agent who claimed Chipman said, “Wow, there were an unusually large number of African-American agents that passed the exam this time. They must have been cheating.”

At that time, Chipman was the assistant special agent-in-charge of the ATF Detroit Field Division. Since no one has produced his personnel files, Jones sued the ATF with two Freedom of Information Act (FOIA) requests in May for records of any complaints and disciplinary actions taken against Chipman. So far, there’s been no response.

Chipman glossed over questions posed by Sen. Ted Cruz (R-Texas) regarding the two EEOC complaints against him as an ATF agent, stating the complaints were “resolved without any finding of discrimination and no disciplinary action was taken against me.” The White House that nominated him for this position of special trust and confidence has not commented on these serious allegations.

Exaggerations over Waco
If nothing that he says about fellow agents disqualifies David Chipman, that he participated in the Branch Davidian Massacre at Waco in 1993 should. In a law enforcement boondoggle that lasted through a 52-day standoff, 82 people died. Four ATF agents also died. Mr. Chipman was in the middle of it. And he made erroneous statements that were tantamount to exaggeration…a dangerous trait for a federal agent. If he exaggerated statements about the guns used and results of such gun use, what would he say about you?

The gun-control advocate, who once worked as a case agent in the Branch Davidian trial, answered questions on Reddit as part of an “Ask Me Anything” forum in September 2019.

During that forum, he falsely claimed, without noting his time as a case agent for the trial, that Branch Davidian sect members had shot down two helicopters during the Waco Massacre.

“At Waco, cult members used 2 .50 caliber Barretts to shoot down two Texas Air National Guard helicopters,” he wrote in an answer, “It is true we are fortunate they are not used in crime more often.

While it is largely understood that Branch Davidian members shot at the helicopters, the vessels themselves did not go down.

Most notably, no Barretts were recovered at the scene of the massacre.

“The National Sheriffs’ Association (NSA) is proud to represent the more than 3,080 men and woman around the country who have been elected to serve as Sheriff of their county. With these men and women in mind, NSA writes to you regarding the nomination of Mr. David Chipman to lead the Bureau of Alcohol, Tobacco, Firearms and Explosives (ATF). Unfortunately, it is after much deliberation that NSA must oppose this nomination,” NSA executive director and CEO Jonathan F. Thompson wrote in the letter.

The NSA leadership met with Chipman, Thompson pointed out, adding that “while we appreciate his years of service as a law enforcement officer at ATF, the nature of the nominee’s activism after leaving the agency is of great concern to us.”

“Sheriffs, as guardians of their communities, strive to keep those communities safe; the nominee’s stance on the Second  amendment is, we believe, counterproductive to that responsibility,” Thompson wrote…

“ATF requires leadership that considers the perspectives of law enforcement and approaches complexities without preconceived solutions. We do not believe the nominee is that leader,” Thompson wrote.

Condescending
David Chipman is also condescending in his posts on Reddit, calling commenters names such as “troll” when they called him out on some statements that were not quite correct. 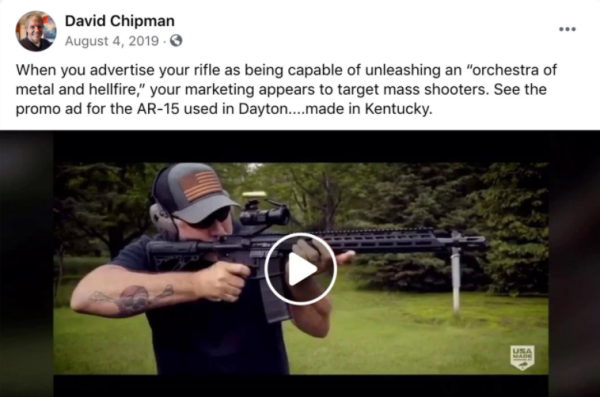 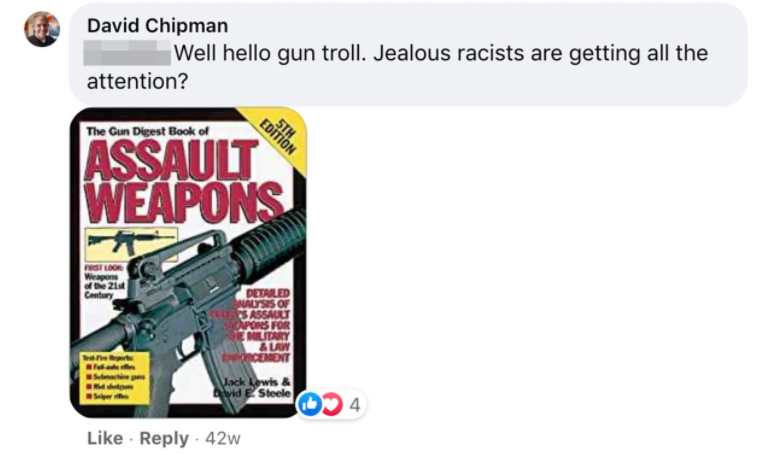 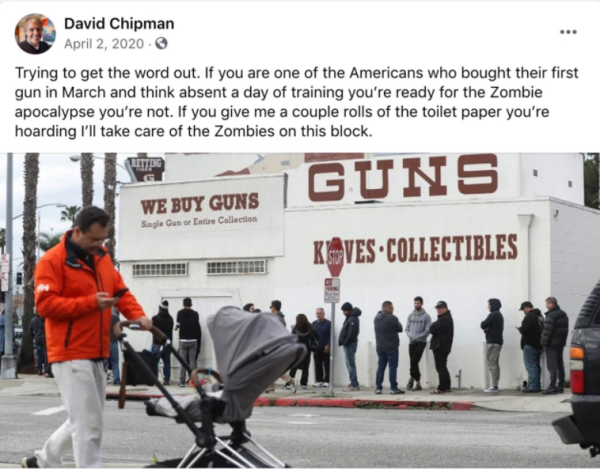 He also asserted that Liberty University is a cult. 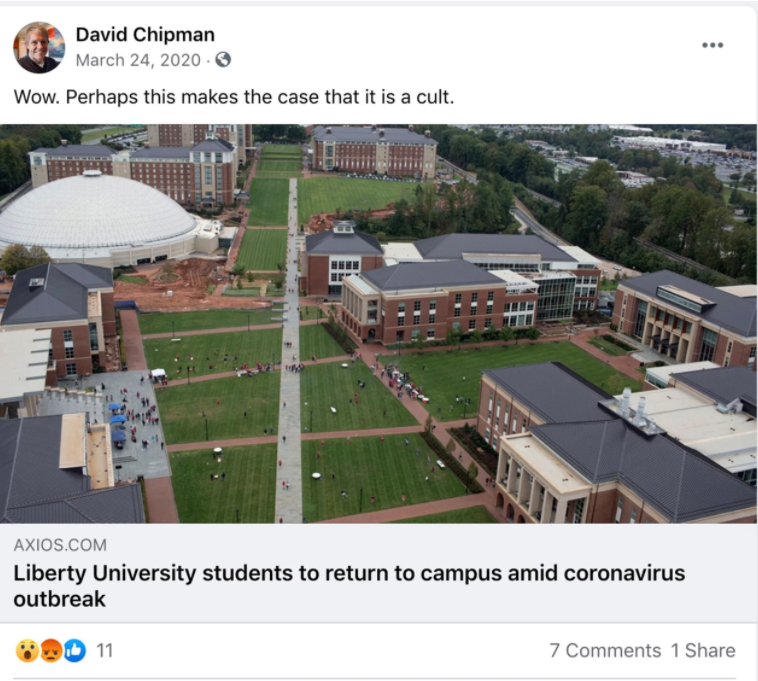 Senator Jon Tester (D-MT) recently stated that he didn’t think Chipman would be confirmed. We sincerely hope not.