Ivy League Crazy: Dartmouth Professor Says All People Who Own a Gun are Evil 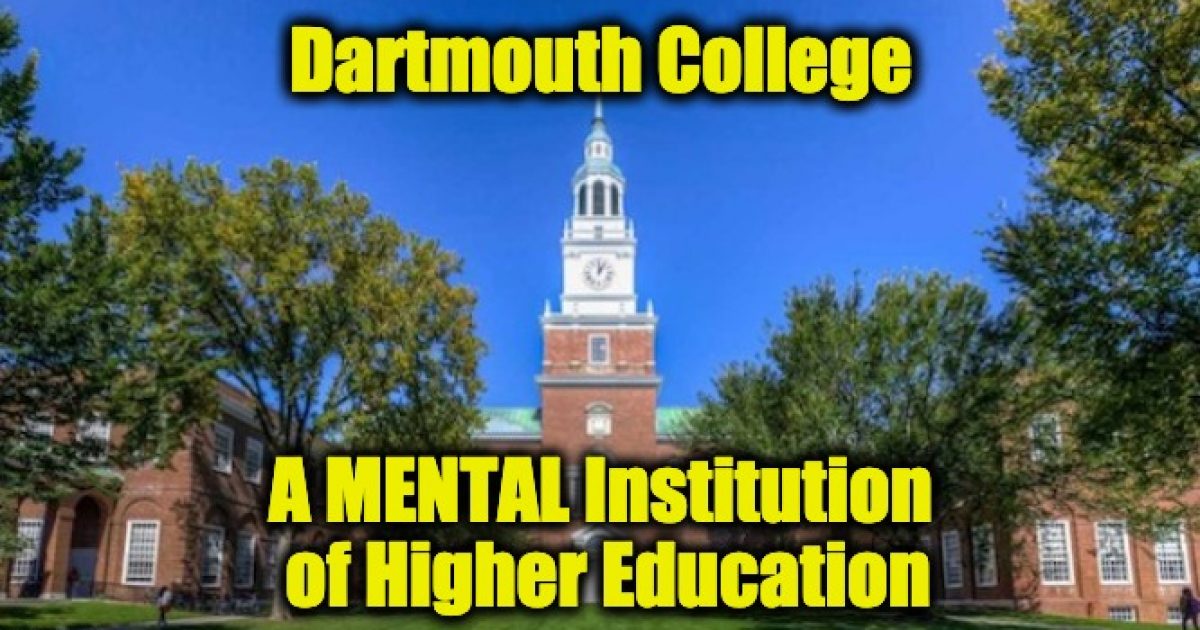 A professor at Dartmouth College, an Ivy League School says that guns turn everyone evil and because of that everyone who owns a gun is a bad person.

Professor Chelsey Kivland clearly has a fake field of study for her little professorship, there. She claims to study “street politics, insecurity, and social performance in contemporary urban Haiti.” What a bunch of garbage. A fake discipline if there ever was one. But maybe that’s why she says crazy things. Perhaps she is suffering from a Voodoo curse.

Kivland based his idiotic blather on an anecdote in the Pacific Standard that found three different people who were killed in Haiti who all owned the same .38 Smith and Wesson pistol.

The College Fix has this goofball’s wild-eyed claims:

Community members attributed the deaths to “maji” — magic — which in Haiti means “an unethical use of spiritual power.”

“To many,” Kivland writes, “the men died because the occult forces they had been using for unethical gain had ultimately turned against them—opening them up to conflict and failing to protect them.”

Of course, if you are laughing at Kivland childish blather, guess what? You are a racist.

“It would be shortsighted to dismiss these claims as the misguided logic of a ‘superstitious people,’” Kivland says. “That racially inflected trope, long used to marginalize and demonize Haitians, among others, blinds observers to the way in which guns do exhibit a power akin to magic: the power to create a change in someone’s state of mind.”

This fool goes on to ascribe magical properties to the AR-15 rifle, too.

She says the AR-15 “has this power” because it is “America’s rifle” — it is used by video game enthusiasts, for example, and “is an icon of [other] popular entertainment and national defense.”

More of this garbage:

Taking seriously the supernatural effects of guns has broad relevance for understanding and addressing gun violence globally. In the U.S., gun advocates tend to view the gun as a value-neutral tool. As they say: “Guns don’t kill people. People kill people.” On the other side are gun control advocates who argue that guns do indeed kill people: Without their lethal power easily at hand, as in other countries, far fewer deaths occur. But the anthropological lesson from Haiti is that the truth is more complex. It isn’t just the technological lethality of guns that makes them dangerous: They also exert a power on human agency. They change us. It is both the technology and the symbolism of a gun that can encourage someone to shoot. …

A gun is not just an inanimate object that can be separated from its user’s intentions. A gun held by a person is a human-technology composite that transforms what both can do in the world. As the philosopher and anthropologist Bruno Latour has argued: “You are another subject because you hold the gun; the gun is another object because it has entered into a relationship with you. … A bad guy becomes a worse guy; a silent gun becomes a fired gun.” The crux of this view is that people are needed to activate technology, and technology is necessary to activate and augment human capacities

Again, this nut is serious and probably took one too many acid trips.