Sign of The Apocalypse? Dan Rather Teaching Course In Finding the Truth in the News

REPENT! The End is Near…or at least pretty close.

How can I be so sure? Well, UDEMY.com one of the largest and most famous online education platforms is hosting a class on Journalism & Finding the Truth in the News..and who is teaching the class? Dan Rather a man who lost his job for reporting a fake story.

According to the course catalog

A leader in the industry to this day, Dan Rather explains how objective truth is in peril more than ever before. Moreover, he provides actions you can take now to help ensure that journalism continues to serve its key role in a well-functioning democracy.

HUH? Dan Rather? Objective truth in peril? Leader to this day?  Maybe they are describing a different Dan Rather. Perhaps the UDEMY people never heard of the scandal that cost Rather his career. Or maybe they didn’t read a newspaper during the 2004 election season..those are the only excuses I can think of to rationalize them using rather for such a course, and calling him a leader in the industry. 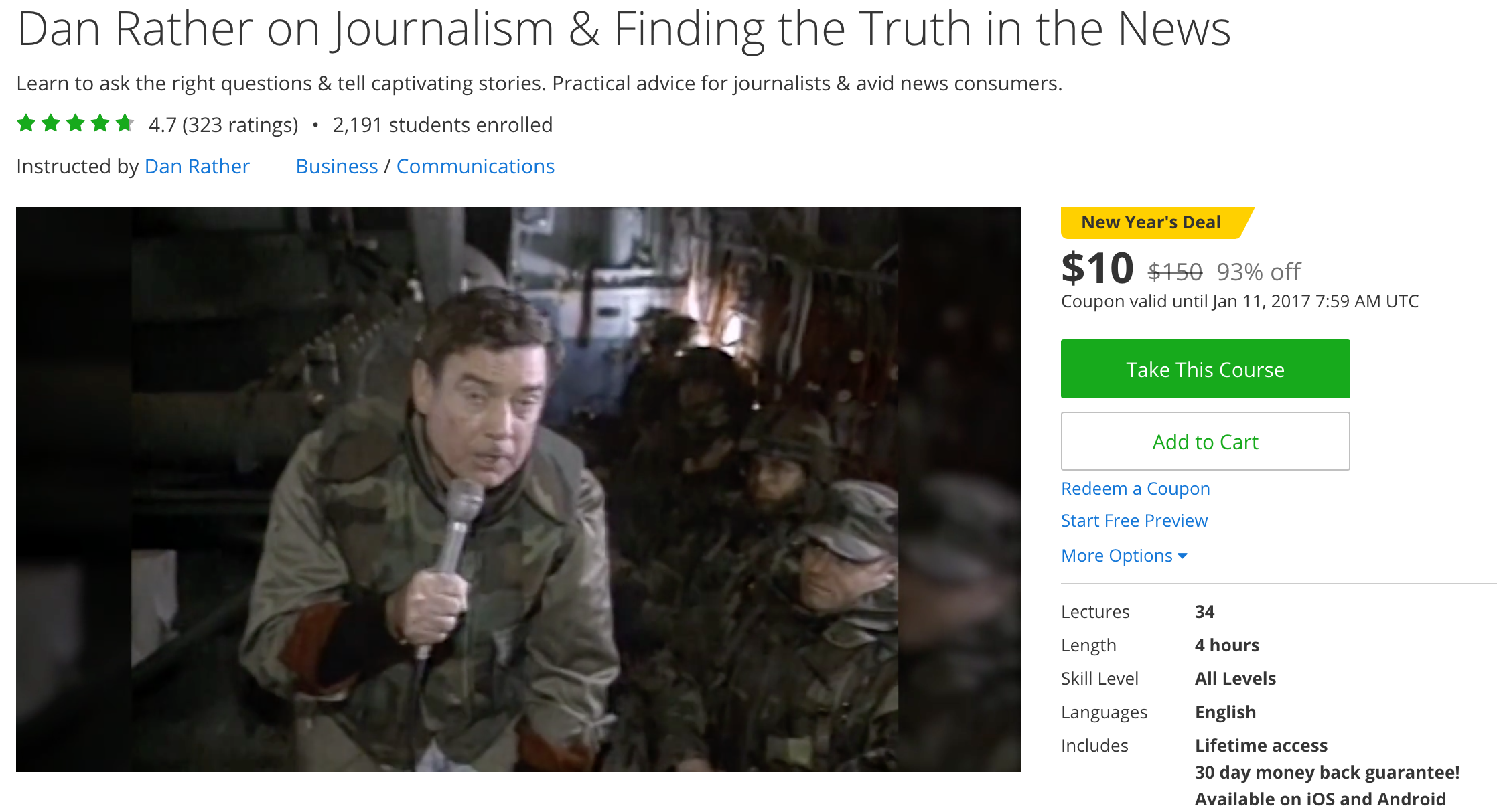 Rathergate as the scandal is called , turned out to be the largest, most damaging journalism scandals since television began broadcasting news. Brian Williams may have pumped up his resume, but Dan Rather presented a report that was an out-and-out lie, and almost changed the results of a presidential election.

On September 8, 2004, less than two months before the 2004 Presidential Election, Dan Rather and his “60 Minutes II” producer  Mary Mapes presented a falsified story about George W. Bush going AWOL and receiving special treatment in the Texas Air Nation Guard. Rather’s entire production team was fired and Rather, the anchor who was the face of CBS, who replaced the exalted Walter Cronkite resigned from the nightly news. His career was in ruins.

Now, a dozen years later the former CBS anchor is still out of touch with reality, claiming the report that destroyed his career was actually true.

The Rathergate scandal was one of the first major stories discovered by the blogging community. Before he went crazy, threw all of his supporters under a bus, and declared himself a born-again liberal,  Charles Johnson published a story on his site, “Little Green Footballs,” showing that the documents which was supposedly written in 1973 saying Bush went AWOL (known as the Killian documents), was typed in a font that wasn’t available until almost 30 years later. Rather’s story was based on a fraudulent letter.

He published the GIF below showing the old font vs. the one that was used:

Despite these and other demonstrations of the story’s lack of truth (and Rather’s own apology), Rather says the story is true?

In a 2015 interview with The Hollywood Reporter Rather said:

“Then we come back in the fall [Sept. 8, 2004] with a story that was true,” he says emphatically. “We reported a true story. We didn’t do it perfectly. We made some mistakes of getting to the truth. But that didn’t change the truth of what we reported.” The key points, he maintains, are that Bush got into the Texas Air National Guard — and therefore stayed out of the Vietnam War — through the help of powerful friends and family, and that he subsequently disappeared for a chunk of the time he was supposed to be in service. “Those were the bedrock facts of the story we reported. In the process of putting this together, those partisan political forces and ideological forces who found this a very inconvenient story — they couldn’t attack the hard-rock facts, so they looked, ‘Where is the story weak?’ So they concentrated on the documents and they succeeded. They overwhelmed CBS — they overwhelmed us who reported it — by making the focus not on the hard-rock truth of the story, but rather the process by which we arrived at that truth.” Consequently, he says, “They changed the conversation” and, to his dismay, “The corporate entity caved.”

The only hard-rocks are between Rather’s ears.  First of all it was not to CBS’s advantage to have the face of CBS News be outed as a liar.  The only pressure the network bowed to was to get to the truth. They named former Pennsylvania governor and U.S. Attorney General Dick Thornburgh and retired Associated Press president chief executive Louis D. Boccardi to an independent panel charged with finding the truth about President Bush’s National Guard service, and the Rather report.

The report which was issued on Jan. 10, 2005 concluded that CBS News failed to follow basic journalistic principles in the preparation and reporting of the Sept. 8, 2004 broadcast about President Bush’s service in the National Guard. According to the report the most serious defects in the reporting and production of the Bush segment were:

After the report was issued CBS announced that many involved in the fraud were asked to resign:

“We deeply regret the disservice this flawed 60 Minutes Wednesday report did to the American public, which has a right to count on CBS News for fairness and accuracy,” said CBS President Leslie Moonves.

Having worked for a cable network, I can tell you that networks rarely make mass firings (by name) and follow-up with a public mea culpa.  The lawyers usually don’t approve because it opens them up for law suits.  The fact that CBS went ahead with the firings, Moonves made a public apology, and they released the independent panel report to the public is a clear indication that even at the liberal CBS News, they knew the Rather story was 100% bogus.

See what I mean? Either the UDEMY people know they are lying, are too dumb to understand what they are doing, and how they are advertising it…or….well, let’s just say don’t be surprised to see four horsemen flying in the sky. 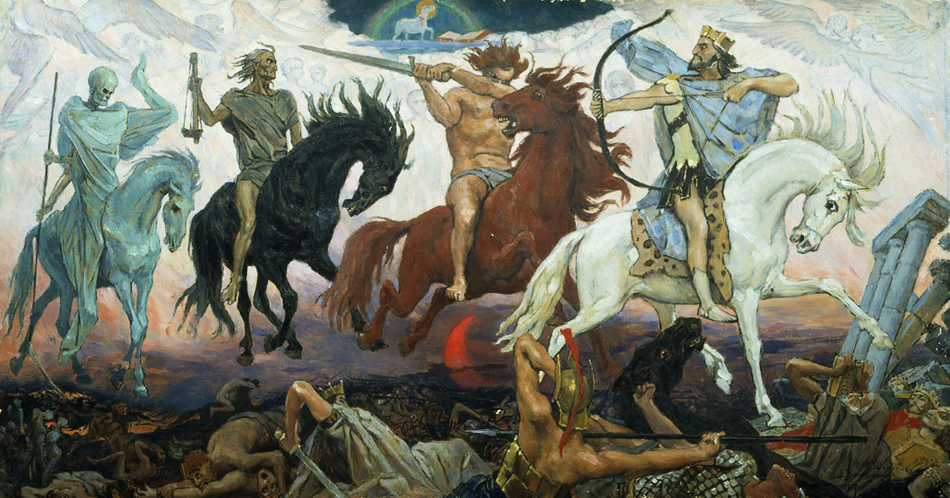