This is real! it's NOT April Fools 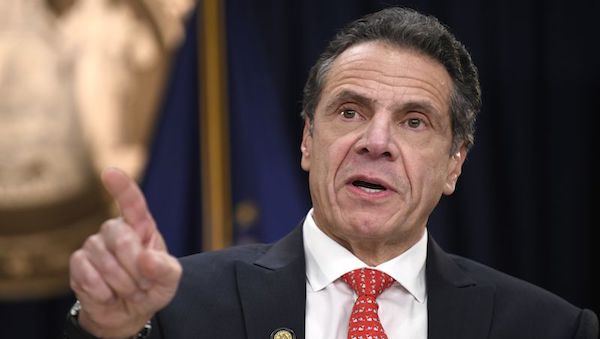 Like Barack Obama once told us, elections have consequences. And if New Yorkers continue to elect far-left radicals like Bill de Blasio and Andrew Cuomo, this sort of stuff will keep on happening. Cuomo’s giving illegals $15K

Has Cuomo been walloped by scandals that he is going to extremes trying to curry favor from the extreme left?

From NYT via Right Scoop:

When the coronavirus arrived in New York City a year ago, it hit enclaves of undocumented immigrants with a fury, killing thousands and wiping out the service and construction jobs that kept many families afloat.

Lifelines like unemployment insurance and federal stimulus checks were out of reach because undocumented people are ineligible for most government aid. Instead, they have relied on food pantries, lenient landlords and loans from friends.

But after a sweeping move by lawmakers this week, New York will now offer one-time payments of up to $15,600 to undocumented immigrants who lost work during the pandemic. The effort — a $2.1 billion fund in the state budget — is by far the biggest of its kind in the country and a sign of the state’s shift toward policies championed by progressive Democrats.

The excluded workers fund, part of the state’s new $212 billion budget deal that was reached on Tuesday, was one of the most contentious points of debate during negotiations, which dragged on past the April 1 deadline.

The same governor who in 2019 complained that people were moving out of New York State just agreed to major tax increases. True, the increased taxes are for high income–but they are the ablest to leave NY. In other words, this bill will cause the rich to leave the state and be replaced by illegal aliens causing tax revenue to drop.

I wonder–if I self-identify as an illegal alien, I can get my hands on the $15K?  And it’s not just me.

Siri, how can one become an undocumented immigrant in New York? https://t.co/zZyURncoSw

The tax increase and the fund for people in the country illegally is a result of Cuomo’s scandals. He is a leftist, but this budget is extreme even for him. Either he was too politically weak to fight against it, or he agreed to it only to sate his party’s far-left supporters.