CT Gov. Malloy Tries To Incite Anti-NRA Violence: ‘There Is Blood On Their Hands’ 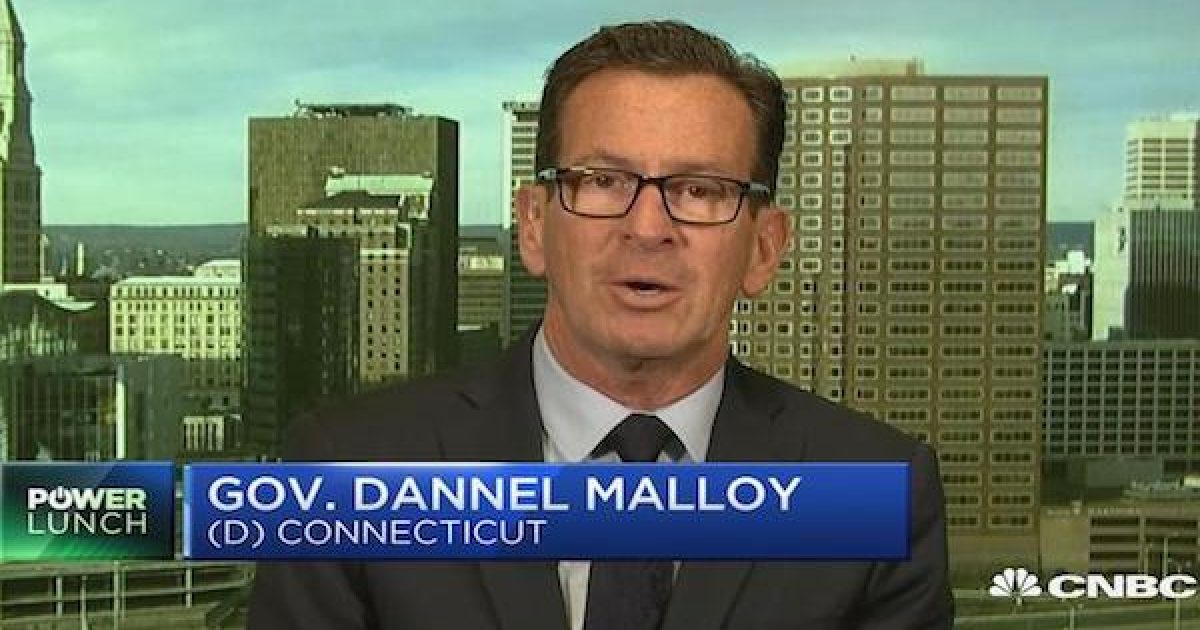 As part of the ongoing campaign to foment hate and violence against the millions of law-abiding members of the National Rifle Association (NRA) whose only “crime” is supporting the Second Amendment right to keep and bear arms, Connecticut Gov. Dannel Malloy told NPR the organization has “blood on their hands,” even though the NRA has absolutely nothing to do with any mass shooting in the country.

We can answer that quite simply, Governor — YOU.  You and your fellow anti-gun liberal Democrats have done absolutely nothing but smear millions of law-abiding Americans in what is obviously an effort to foment bloodshed and violence against those with whom you disagree.

“I’m not accusing them of pulling the trigger, but in some cases, I think there is blood on their hands. Because they have fought against gun safety for so many years,” Malloy said, apparently ignorant of the fact that the NRA works tirelessly to promote gun safety.

As for blood on our hands….well I did get a paper cut yesterday, it bled a little, but that’s the only blood on my hand.

Or perhaps Malloy really isn’t ignorant of this.  It’s more likely that he knows full well the NRA engages in gun safety training and is lying like a rug to suck up to his fellow anti-gun hatemongers.

A guy who desperately wants socialism as American policy has no position when talking about blood on ANYONEs hands. Has this #dolt EVER opened a history book?

The people w blood on their hands are Dems who turn criminal illegals onto the streets who kill people like Kate Steinle. Dems like that Sheriff in FL who should have stopped that killer 39 times but was too busy playing w his Lamborghini. Whose officers hid outside that school.

Nope. No one in the NRA killed anyone. NO ONE. It’s like saying anyone who likes cars is responsible for someone who drinks and drives. NO.

The NRA is defending your natural right of self-defense. You’re welcome.

Sadly, that’s a fact that Malloy and others of his ilk have deliberately chosen to ignore in order to promote their own bloodthirsty agenda against the NRA and those who support the Constitution.

I have news for @GovMalloyOffice– The #2A is NOT debatable… in the same way that the #1A is NOT, if you can’t abide it, get the F*#% out of politics. #NRALifeMember @NRA #America #ImpeachMalloy

At least Malloy didn’t go as far as this guy, who once advocated the extermination of all five million members of the NRA.

At least not yet…