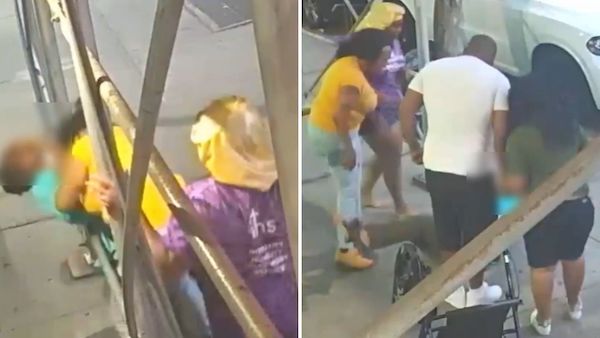 Those that prey on elderly people just because they are easy targets should be deeply ashamed of themselves.  Unfortunately, we live at a time when violent criminals are roaming the streets of our major cities in packs, and many of them seem to have no sense of honor at all.  Women are being attacked, children are being attacked, and those that are advanced in age are often specifically targeted.  Reading that may make your blood boil, but they don’t care what you think.  Many of these criminals don’t have respect for anyone or anything, and a lot of them have hearts that are as cold as ice.

Let me give you an example of what I am talking about.  A 68-year-old man in Brooklyn was beaten to a pulp and had his skull stomped on just because his much younger attacker wanted to rob him…

A Brooklyn man has been seen pummeling a 68-year-old victim and stomping on his skull, before going through his pocket as he lay unconscious on the street in a shocking daylight, as the New York City crime wave continues.

In a disturbing video released by the New York Police Department, shows a black man wearing a hoodie and a blue disposable face mask launching the vicious attack at 9am on Saturday morning in the East New York neighborhood.

Even more disgusting is when a group of criminals decides to gang up and physically attack an elderly victim.  Last week, a 61-year-old woman in Harlem was violently assaulted by one man and three women…

The incident occurred at about 8:18 p.m. local time on Tuesday in Harlem at the corner of 8th Avenue and West 151st Street, police said. The altercation began with a verbal disagreement that police said the group started with the 61-year-old woman as she was standing at the corner. The incident quickly escalated and became physical.

The group, composed of three women and one man, began kicking and punching the victim, who was tackled to the sidewalk by one of the attackers. The individual who fell to the ground with the victim, a woman is seen in the video wearing a yellow T-shirt and light blue pants, continued striking her as the others beat her while standing

When I was growing up, it was very rare for women to commit violent crimes.

But since then something has dramatically changed in our society because now we often see gangs of crazed young women commit violent crimes collectively.

And sometimes the packs of violent criminals are so large that they can’t be accurately counted.  On Friday, a 44-year-old off-duty New York City firefighter was viciously attacked by “at least 100 kids”…

The 44-year-old victim said he was strolling with his 3-year-old Labradoodle Dylan in Juniper Valley Park in Middle Village at around 9:55 p.m. Friday when he was suddenly targeted by the mob.

“There were at least 100 kids … I was walking my dog. They just picked me out and approached me,” the still-shaken victim, who asked to remain anonymous, told The Post Saturday afternoon.

Thankfully an ambulance was nearby, because otherwise, he may not have survived that encounter…

The victim continued: “They didn’t care at all. The kids were going crazy. They were as high as a kite. I got hit, turned around, that’s when the kids started coming at me …. Then I was on the floor, holding one kid and an ambulance pulled up. They were waiting by the park … If they weren’t there I would have been in much worse condition.”

This is what our country has become.