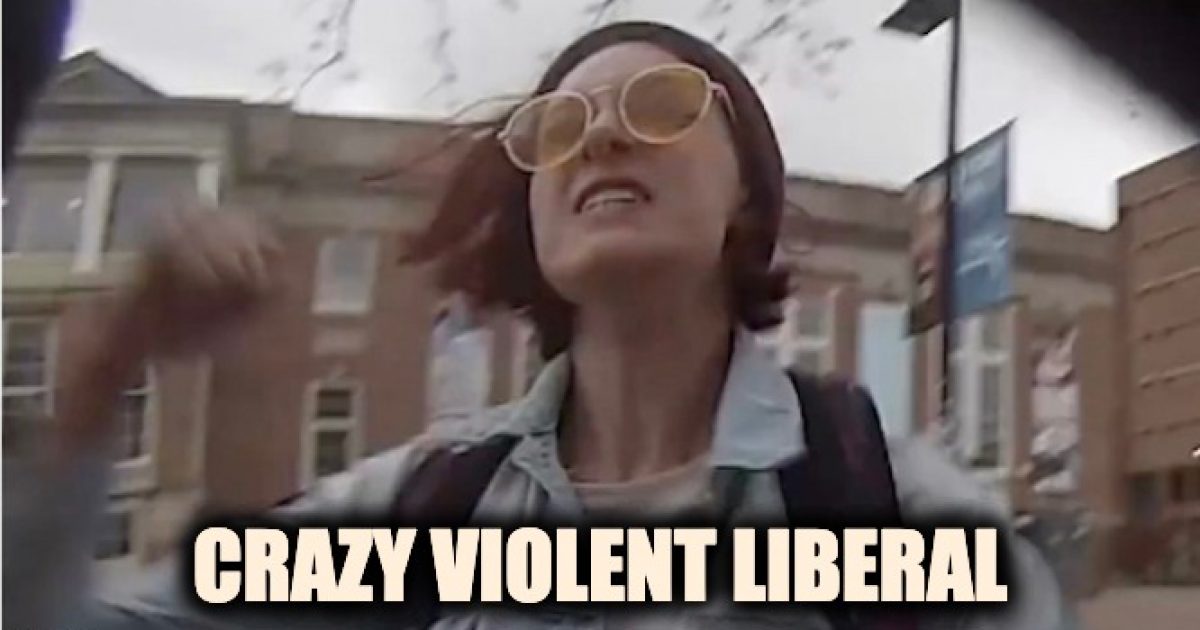 A dangerous, violent, left-wing student at the University of North Carolina Chapel Hill was arrested after punching a pro-life student who was operating a pro-life display on campus.

Once again, folks, we see that it is pro-death liberals who are the dangerous ones in our society today.

Jillian Ward, 19, a pro-choice feminist who claims she wants to be a “journalist,” was “triggered” when she saw the photos of aborted fetuses that the pro-life group, Created Equal, had erected at the school on April 2.

The pro-life group says it uses the images to show “the gruesome reality of abortion and to engage students in conversation about this human injustice,” Fox News reported.

According to Fox, the suspect walked up to pro-life student Austin Beigel and angrily demanded to know “Did y’ all put these up?”

When Beigel said yes, Ward began punching him without any warning or further discussion. Ward punched Beigel at least once in the face. As she walloped Beigel, she screamed.

Wait for a second! isn’t a person who sucker punches someone else the definition of a “F***ing terrible person?” And the crazy Jillian Ward may be correct when she says Austin Beigel isn’t an innocent human being, but he is out there protesting because he is trying to prevent people like Ms.Ward from killing innocent human beings.

Campus police quickly arrested Ward for the assault. Just a suggestion, but if one looks at the incident on the video below, Ms.Ward should be committed to an institution, she seems crazy.

But Mark Harrington, president of Created Equal, told Fox that the incident is all too common on America’s campuses.

“Students being groomed on college campuses to be leaders, writers, and thinkers of the Left are increasing in censorship and violence against those with whom they disagree,” Harrington said.