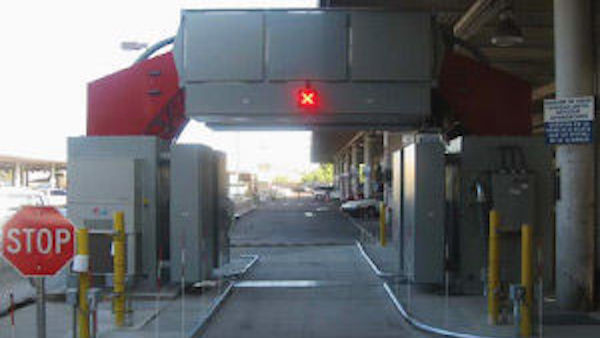 Uh-Oh, it looks like the leaders of Mexican drug cartels are going to need safe places because they are getting very angry at increased cargo truck inspections implemented by the Trump administration. In a shift from the Obama years, all cargo trucks entering the U.S. from Mexico are screened via non-intrusive inspection equipment, in other words, giant X-ray scanners for trains and trucks. And according to Judicial Watch sources in the U.S. and Mexico, the Mexican drug cartels are “fuming.”

Apparently, only random or sporadic screening was allowed under Obama and all trucks are screened under President Trump.“We felt like we were the welcoming committee and not like we were guarding our borders,” said veteran U.S. Customs agent Patricia Cramer, who also serves as president of the Arizona chapter of the agency’s employee union. “The order was to facilitate traffic, not to stop any illegal drugs from entering the country,” Cramer added. “We want to enforce the law. That’s what we signed up for.” Cramer, a canine handler stationed at the Nogales port of entry in Arizona, said illicit drugs are pouring in through the southern border, especially massive quantities of fentanyl, an opioid painkiller that the Drug Enforcement Administration (DEA) says is more potent than morphine.

Approximately 471,000 trucks pass through the U.S-Mexico border monthly, according to figures published by the U.S. Department of Transportation. The busiest port of entry is in Laredo, Texas where 167,553 trucks enter the U.S. from Mexico monthly, followed by Otay Mesa in California (76,953), El Paso, Texas (58,913), Hidalgo, Texas (45,355) and Nogales with 29,439. Other busy ports include East Calexico, California (29,173), Brownsville, Texas (16,140) and Eagle Pass, Texas (12,952). Trucks bring in everything from auto parts to appliances, produce and livestock. In fact, a veteran Homeland Security official told Judicial Watch that cattle trucks passed without inspection during the Obama administration because Mexican farmers complained that the security screenings frightened their cows. “Our guys were livid that we were not allowed to check cattle,” the federal official said.

According to customs agents, the Mexican drug lords usually put their products in with truckfuls of legitimate products. These traffickers have moved enormous quantities of heroin, cocaine, methamphetamine, and marijuana into the U.S. via our porous border.

Last year the Congressional Research Service (CRS), the nonpartisan agency that provides Congress with policy and legal analysis, published a disturbing report outlining how Mexican cartels move record quantities of drugs into the U.S. Because cartels move the drugs through the Southwest border, western states have become part of what’s known as the “heroin transit zone,” according to the CRS.

Federal law enforcement sources tell Judicial Watch Mexican cartels operate like efficient businesses that resort to “other more treacherous routes” when necessary, but driving through a port of entry in a cargo truck is a preferred method of moving drugs. Cartels station shifts of spotters with binoculars in Mexican hills near border checkpoints to determine the level of security screenings. “They know if we’re on the job, the level of screening that we’re conducting,” Cramer said. “The cartels watch us all the time.” Nogales is a favorite for cartel spotters because the U.S. checkpoint sits in a valley surrounded by hills on the Mexican side, where unobstructed views facilitate surveillance. “They see everything,” Cramer said. For years the cartel spotters saw that much of the cargo passing through the checkpoint was waved through, according to agents contacted by Judicial Watch.