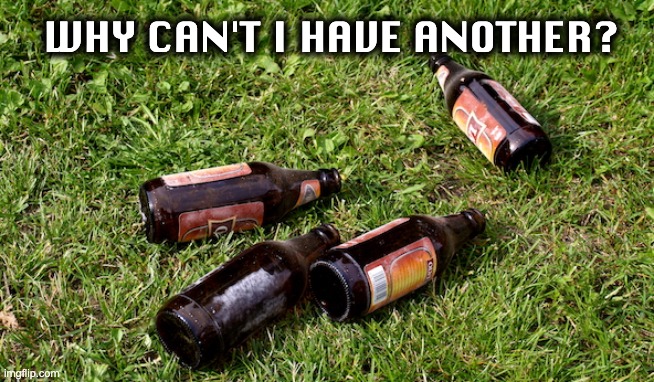 This will be a disaster of biblical proportions. Real wrath-of-God type stuff. Fire and brimstone coming down from the skies. Rivers and seas boiling. Forty years of darkness. Earthquakes, volcanoes. The dead rising from the grave. Human sacrifice, dogs, and cats living together – mass hysteria.

As the nation and world continue to crawl out of the coronavirus pandemic, there are accusations of severe economic mismanagement by the Biden administration and plenty of evidence to back them up.

Inflation, gas prices, and consumer confidence fluctuate rapidly in the wrong direction. The Biden team has been forced to apologize to the nation for getting it so very wrong.

The latest in a long line of supply chain issues threatens a crucial supply of America’s favorite beverage.

This might signal the end of the Biden administration and keep the Democrats out of the White House for centuries.

A crisis in the supply of industrial carbon dioxide has created chaos in the American craft-beer industry, New Orleans brewer Jacob Landry said on “Fox & Friends First” on Wednesday morning.

Concerning, concerning? Is that all you can say? It’s the end of the world as we know it, and I don’t feel fine.

Landry cited a long list of other cost increases threatening the craft-beer business, which has been one of the nation’s great small-business success stories over the past 25 years.

Can prices climbed 20 percent this year, cardboard prices are up 20 percent and grain prices have skyrocketed as much as 50 percent, he said.

With more than two years remaining in Joe Biden’s first term, this brew-threatening crisis must be solved sooner rather than later it’s almost time for football tailgating.—this is serious! It may be craft beers today but a six-pack of Bud tomorrow. Remember Sam Adams started as craft beer.