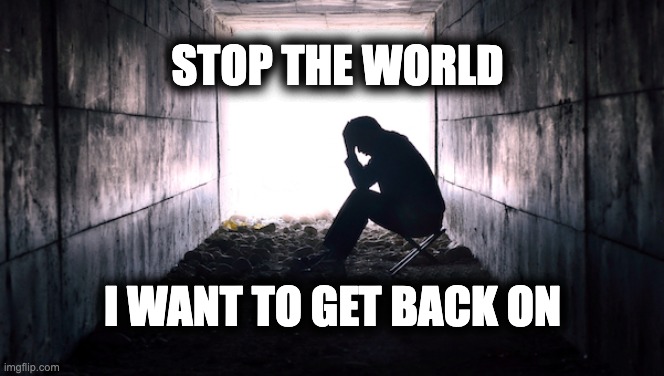 The free-thinking journalist and podcaster said she was “done” with COVID and says that it’s now time to return to normal life. COVID restrictions

Amen to that, sister!

Bari Weiss, host of the “Honestly” podcast and with a wildly popular Substack, “Common Sense,” appeared on “Real Time with Bill Maher” on Friday.

As Maher discussed learning to “live with” the China Virus, Weiss said she was “done” with the Wuhan Coronavirus.

Weiss said many of the things that many people in right-wing media are saying now and have been saying for almost two full years now, but all it got us was mockery, chastisement, dismissal, and censorship. She noted that cloth masks don’t work, Zoom school harms children, teens are depressed and anxious, the consequences of lockdowns can be deadly, and getting the vaccines didn’t make life return to normal.

‘I know that so many of my liberal and progressive friends are with me on this and they do not want to say it out loud because they are scared to be called anti-vaxxed or to be called science deniers or to be smeared as a Trumper,’ Weiss explained.

‘I’m sorry, but if you believe the science, you will look at the data that we did not have two years ago and you will find out that cloth masks do not do anything. You will realize that you can show your vaccine passport at a restaurant and still be asymptomatic in carrying Omicron. And you realize, most importantly, that this will be remembered by the younger generation as a catastrophic moral crime.’

Weiss noted how remote learning was undoubtedly having a detrimental effect on students who are still subjected to lessons over Zoom.

A school in Flint, Michigan recently announced there would be indefinite virtual learning. Weiss said that it was leading to growing incidents of self-harm among young girls.

‘That is why we need to end the lockdowns and declare it a pandemic of bureaucracy,’ she said.

Here's the clip of @bariweiss on @RealTimers with @billmaher saying what more and more people, many of whom have been compliant COVIDIANS, are now starting to feel. The tide is turning. pic.twitter.com/0wFJBdnian

In an extended clip, Maher cites data showing that lockdown states fared no better concerning COVID than the free states. The unasked question is: what was the point if the results were pretty much the same?

Maher’s other guest, Rep. Ritchie Torres (D-NY), pushes back on Weiss and Maher.

In his pushback on Maher’s unspoken question, Rep. Torres unwittingly exposes that he has been traumatized by former New York Governor Andrew Cuomo’s horrendous response as New York was walloped in the original COVID waves.

Cuomo’s decision to not utilize the emergency hospital space at the Javits Center and on the USNS Comfort as hospitals were overwhelmed and ordering COVID-positive patients back into nursing homes did not make sense at the time, nor did does it make sense looking back. We didn’t know much at the time, but even before China and the World Health Organization admitted that there was human-to-human transmission, the CDC warned U.S. travelers to China to take precautions. The Washington Post reported on January 25, 2020, “Most people sickened and killed by the virus have been elderly, had preexisting health conditions, and lived in Hubei Provence — specifically its capital, Wuhan.”

Cuomo can’t say that he didn’t know that the elderly were among the most vulnerable in March 2020. There is no justifiable reason when Javits and the USNS Comfort sat largely empty.

Meanwhile, Florida’s Governor Ron DeSantis was working in February to protect the most vulnerable in nursing homes using what the Great Barrington Declaration calls “focused protection.” This is around the same time that Democrat politicians in New York and California were encouraging people to go to Chinatown and celebrate the Lunar New Year, by the way.

Of course, the Corporate Media will continue to shield Cuomo from any real scrutiny on his COVID response. They will forever vilify DeSantis, who, despite having the 4th most populous state with a significant elderly population, fared very well compared to other states.

That’s precisely what Bari Weiss was getting at with her statement that this is a “pandemic of bureaucracy.”

Our political leaders have handed unprecedented control over our everyday lives to unelected, neurotic, prevaricating public health officials in many places in America. And it’s going to be a helluva fight to get it back from them now that they’ve tasted a bit of power.

But, as the “experts” warned about the “deadly pandemic,” insisting that kids couldn’t go to school unmasked, small businesses had to stay closed. Tenants who didn’t pay their rent couldn’t be evicted. They insisted that large, Black Lives Matter protests were necessary for the good of public health and shrugged as two million people crossed the border illegally and were seeded in the dark of night throughout the country without so much as a COVID test.

Gov. Ron DeSantis blasts Joe Biden, tells him to do his job and that Florida is a place for freedom, not a "biomedical security state." pic.twitter.com/bsarqlnbHY

As Gov. DeSantis resists the Free State of Florida becoming a “biomedical security state,” we watch as Democrats like Rep. Torres continue to applaud and even embrace the medical totalitarianism in blue states despite data showing that the restrictive measures didn’t do much.

We need more people like Bari Weiss, who were initially doing everything they were told to do, to now be bold enough to stand up to the medical authoritarians and the politicians that back them.

It’s time to stop living in fear and reject this “new normal.”