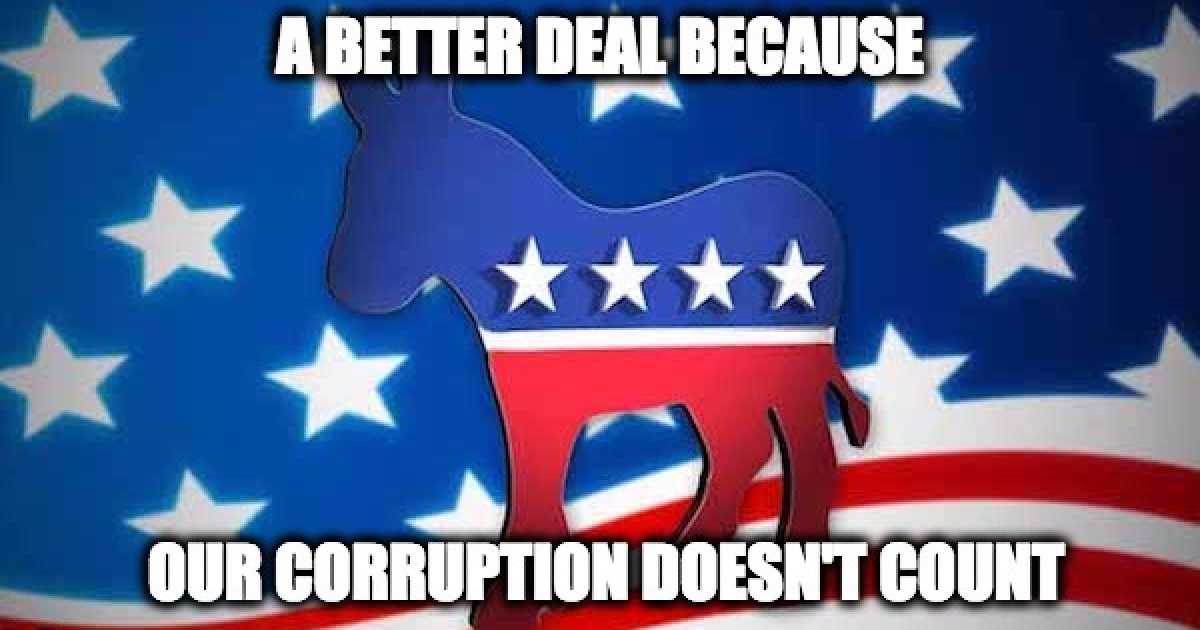 As I have been watching Facebook over the past few weeks, because as we now know, Facebook is the ONLY source for real news, I see post after post claiming there is nothing to see on the Hillary-Obama-Russia stories. No matter what you hear or see, Trump did it. PERIOD!

To show you how delusional this “Trump Dementia Syndrome” goes, almost all the national security people, the Senate investigative team, the congressional team, and some top Senate Democrats say there is no collusion here. According to the Masters of Delusion, Trump is guilty.

Let’s just say, for conversation, there is something after 1 year of looking. Remember, this started LONG before he became president. Suppose we find out Trump called Putin and said, “Hey, can you lend a hand over here? Got some dirt I can use?” Is that collusion or opposition research?

When Democrats do all of that and more, when they actually fly to Russia to discuss, when close personal connections of the candidate go out of their way to ask to get the Russians to help them and then go out of their way not to report that they have paid a “certain” organization on their federal reporting forms, Dems tell us it’s completely legal. But it’s not! It’s illegal!

But as was with the millions not reported by the Clinton Foundation from years gone by, I’m sure it’s just a reporting oversight!

Remember most of this centered around that secret file that former FBI Director James Comey got on Trump but decided not to verify its contents on his own. A veteran FBI official didn’t think to verify information, then hastily asked for a special prosecutor without a shred of real evidence. Can you imagine if we did this to Obama or Hillary?

Let’s get back to this fake dossier for a minute. It was paid for Republicans at first, but as time went on it was picked up and paid for by Democrats. The money came from both the DNC and Hillary Clinton‘s campaign. At first nobody, that’s right, nobody, from either one of those organizations, could remember paying millions of dollars for it.

On a side note, you know there are two classes of people whether they want to admit to it or not, and I’m not talking socioeconomic. I’m talking about the ones who think the law applies to them, and the others who think it doesn’t apply to them. It seems like nothing the Left does is against the law, nothing. Obama didn’t break one law. He didn’t step on one word of the Constitution. Apparently, he was just shy of godhood!

Then the Facebook legal expert (wannabes) write about how almost every breath Trump takes is a violation of the Constitution. Unreal! Yet not a negative word about Mrs. Clinton from those who drank the Clinton Kool-Aid. She is another one getting ready to reach godhood. Everything she is accused of doing comes from a Right-wing conspiracy to do the Clintons in. In other words, they do no wrong. That’s a dangerous place to be!

Even when you line up actions that Trump has taken or words that he has said with Mr. Clinton, Mr.Obama and Mrs. Clinton, Trump is wrong and all the Dems are right! Sounds fair and full of equality, right?

They have become the ruling class. In reality, they have become “La Cosa Nostra.” You don’t dare challenge them or get crossways with them or else. And that “or else” can be; you get dead or you get missing. That’s currently the two choices. Watch over the coming weeks and months how many people close to this go missing! Just sayin’!

The Harvey Weinstein issue is further proof of what I’m saying. You now have many men in Hollywood along with Weinstein being accused of sexually assaulting women and underage children. Actually assaulting, and in some cases, raping them! Not claiming they could do it and get away with it, but actually doing it.

However, according to their ongoing real lack of outrage calling for the firing and imprisonment of many of these people, I must have missed the news stories about the relentless calls to step down, have an investigation, and be jailed. I missed all the tweets from the Hollywood elites calling Ben Affleck, George Clooney, and others pigs. Nope. I haven’t seen those stories AND we will never see them because they are above the law. A very special class.

But when it came to Donald Trump, simply talking about what he perceives he could get away with, well, that was a national tragedy. That man had no business running for president. He is the scum of the universe! Were these kinds of things said about the Hollywood elites or even Mr. Anthony Weiner? Nope. They are treated like gods. The double-standard is very frightening!

Yes, there are two classes of people. Hillary Clinton perceives herself in “the law doesn’t apply to me” class. She never seems to know anything either. Nothing about the email server. Nothing about the millions of dollars that left her campaign and somehow paid for the information to bury Trump.

If we look to dig up dirt on Democrats with the Russians, it’s called “collusion.” If Democrats do it with bigger dollars and more tenacity, it’s called “opposition research.”

It’s never been about equality, my friends. It’s always been about control. It’s always been about them having control over us. You don’t have to look any closer than California. Look at the laws they are passing on food regulation, parenting, education, immigration, cap and trade, and the list goes on. There aren’t any limitations because the Democrats have total control of the state legislature.

If you want to see what Democrats do when they truly get control, just look at California and the problems that we’re having. Do you REALLY want that countrywide?

The games they play to protect the guilty. No notes were available for the “accidental” meeting of then-Attorney General Loretta Lynch and Bill Clinton. FBI said they had none. Then amazingly, they were suddenly found. Thousands of emails from Hillary’s server suddenly found on internal computers, on Wiener’s computer, and more. Then-FBI Director Comey said that even though many laws were broken by Hillary, no one would prosecute, even though he had all the proof. And yet, with NO verifiable proof he wanted Trump investigated. See a pattern here?

I could list 30 pages of how hard the Dems have worked to cover up the corruption of the Obama/Clinton Syndicate, but you already know what they are no matter what side of the aisle you’re on. Mark my words, like the Weinstein/Hollywood story, this is just the tip of the iceberg!