Can You Really Save American Lives By Destroying The American Economy? 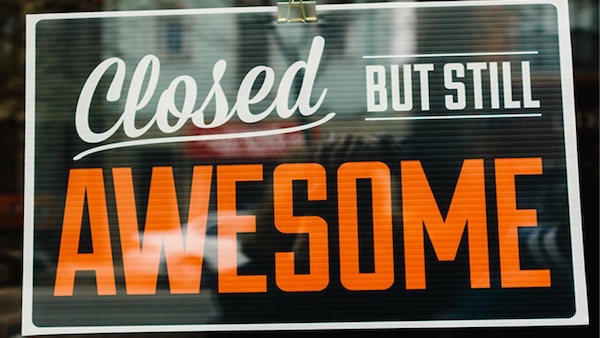 As of today, the total U.S. cases of the Coronavirus exceed 85,000, with a total number of deaths over 1,300. The Dow Jones Industrial Average (DJIA) has lost over 25% of its value from its mid-February zenith of nearly 30,000 points. March 9th, Black Monday, was the single greatest point loss in U.S. market history, while March 24th was the single greatest point gain in U.S. History at 1,985 points. This tumultuous time marks the uncertainty of the present crisis.

The United States Senate has finalized a $2 trillion package that has gone to the House, which is now seeking a $2.2 Trillion stimulus package as a lifeline to save the country from complete economic collapse. Both House and Senate Democrats wasted no time with a proposal that highlighted a radical new vision for America.

House Majority Whip James Clyburn said last week, “this was a tremendous opportunity to restructure things to fit our vision.”

Senate Minority Leader, Chuck Schumer and Speaker of the House, Nancy Pelosi, looked for an opportunity to give more collective bargaining power to unions, expand wind and solar tax credits, and create new fuel emission standards that would all but promise to destroy the airline industry it was seeking to aid.

These provisions were not economic but ideological. No different than the kind of provisions the Green New Deal was seeking to employ that would not only ensure the decline of the American economy but, more importantly, American freedom.

The COVID-19, which originated in China’s Wuhan province, that was covered up by the Chinese Communist Party (CCP) with the help of the World Health Organization (WHO), has had a devastating effect on human life and the economy all around the world.

The 15-day quarantine in America has already cost trillions in market capital. Still, long-term, it threatens to do more than that to American freedom if a balanced approach to fighting the virus cannot be reached.

Can you really save American lives by destroying the American economy?

Texas Lt Gov. Dan Patrick made headlines on Tucker Carlson last night by suggesting that as a senior citizen he would be willing to put his own life at risk in the coronavirus pandemic, if it would mean “keeping the America that America loves for its children and grandchildren,” adding, “I’m all in.”

No doubt the consequences of economic shutdown means more to Dan Patrick than a mere financial sacrifice, he is talking about liberty itself. The freedom and way of life enjoyed by Americans today would be significantly altered if the economy underwent a collapse.

President Trump said at the White House press briefing, “Our Country wasn’t built to be shut down,” adding “America will again and soon be open for business.”

The great economic Nobel laureate, Milton Friedman, taught us that free markets and economic freedom are “a necessary condition for political freedom.” This is literally what defines the American experiment and why economics isn’t just about money, and certainly not greed.

Economics is about human dignity, flourishing, individual liberty, and the freedom to choose.

The political reality of the United States is based on the economic miracles of an elaborate system of cooperation and collaboration in private, free markets. Destroy the market economy, and you don’t just inhibit a free peoples’ ability to earn money, you place significant constraints on their freedom, opportunity, and voluntarism.

Furthermore, you leave an unchecked federal bureaucracy with unrestricted, coercive power to violate the freedom and the precepts of God-given rights to life, liberty, and the pursuit of happiness. A well-meaning, government bureaucracy cannot do better in the long-term than what God-fearing, freedom-loving people can achieve through self-interest, voluntarism, and cooperation.

This is the American experiment at its finest. A mobilized economy can do more rapidly deploy life-saving tools, medicines, and instruments of war against a virus than it can in waiting. World War II was won on European battlefields and Asian-Pacific waters not only as a result of brave-fighting man, but because of unparalleled supply chains, distribution, and production. In 3 short years, the American domestic economy produced 27 aircraft carriers, 1,200 naval vessels, 300,000 aircraft, and 86,000 tanks and was catapulted out of the Great Depression.

Right now, President Trump understands this fact. He is responding to this challenge by marshaling the resources of the private sector to shore up our domestic production and distribution of a vast quantity of medical supplies, testing kits, and the anti-malarial drug, hydroxychloroquine. He understands that dependence on China to both tell the truth and supply critical infrastructure in a moment of crisis was a mistake not of his making.

Whatever decision is made over the next several days, this is one of the most significant tests of the President and the nation in our lifetime. It is deserving of our deepest prayers, unconditional support, and unmitigated action.

Make no mistake, America will survive the Coronavirus, but we cannot expect freedom to prosper or persevere if we destroy the conditions upon which it has thrived for over 200 years

Ryan Helfenbein is the Executive Director of the Falkirk Center of Liberty University, where this article first appeared.